As a Roblox developer, it can be seen as hit or miss if players will find a game / experience that is published. While game success is in no way a given, the more developers that continue to have faith in the system for game discovery that powers Roblox, the more developer powerhouses there will be that continue to create new content for more and more generations of Roblox players. 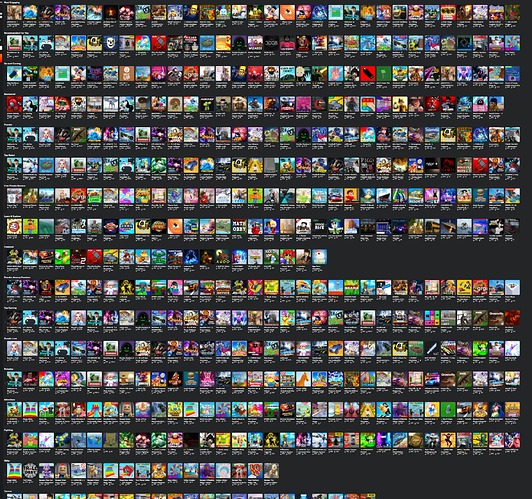 If game discovery is properly given every avenue as possible for increasing velocity of interested players, Roblox would be an unstoppable power house for generations to come, far greater than we could imagine given current trends. While accounting for the successes of the recommend for you game sort, among the new home page genre algorithms, the progress Roblox is making is not going unnoticed by the developer community. 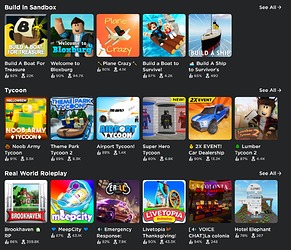 The current status of the developer ecosystem, as in how many more developers are able to make a living here compared to a few years ago, is improving. However, continued improvements to game discovery and the methods therein is the key to continuing this growth. I don’t think anyone would dispute that it is a good thing for more diversified content to be surfaced, so that the Roblox game economy continues to boast as close to a free market meritocracy as possible.

Users who are hungry for new content anywhere on the internet want instant connection to novelty. If a Roblox player is bored of the front page, and don’t have the patience to scroll through game sorts, then the player, developers and Roblox are all losing out on connections. Players in this case may be leaving the Roblox ecosystem entirely to fulfill their quest for new interests, as we all know there is no shortage of novel information on the internet waiting to be scrolled through. A potential solution therefore, would be a page on the Roblox website / mobile app, that players seek out to have novel games put right in front of them. Much like short videos popping up on a user’s screen, a game pops up, loads in, and puts the player into the virtual world. This concept would increase velocity of traffic into games deemed fit within the “underrated experience content algorithm”. Games within this algorithm would gain a larger velocity of players, making possible new connections quicker than before, ramping up concurrent players and allowing for previous Roblox game discovery mechanics to be fulfilled. We currently have a primitive and longstanding simplified version of going to the next game with “Recommended Experiences” at the bottom of each experience page. Players manually decide to click to go to the next recommended experience based on the one they were currently on.

image1560×458 68.4 KB
This feature requests advocates for a new underrated content algorithm to pop up games automatically in front of consented players, allowing for esc menu skipping vs staying and playing the experience.
123 Likes
Elttob (Elttob) November 25, 2021, 4:15am #2

This is exactly what I would want - being able to fly through a bunch of personalised suggestions and try them out for a bit would make me play more games because I simply don’t have time to scroll through game sorts. It would also let me properly signal to the system what I’m not interested in much more frequently.

It would also let me properly signal to the system what I’m not interested in much more frequently.

Makes me think of Youtube’s “Not interested” feature. Adding negative reinforcement to the recommendations algorithm would be a really good move for giving Roblox hints on what the player would be interested in playing.

Seriously, I pretty much stopped playing Roblox games a while ago because there’s no easy way for me to find anything that would interest me very quickly.

I’d really love to be able to quickly flip through a bunch of random games that are recommended to me and see if there’s anything interesting to play.
Even if the front page games change a little it’s not enough to spark interest and that’s a problem.
If I can’t find interesting games quickly I’m going somewhere else for entertainment.
This is why something like this would be fabulous because I could quickly start giving the algorithm ideas of what I like and don’t like and hopefully find more interesting content a lot faster.

Roblox has always been about Game Discovery, something that used to be better than what it is today.

My two younger sisters who play Roblox a lot run into discovery issues and they come to me asking for new games. I usually have a few I’ve found on Twitter or TikTok. I typically have nothing I found from Roblox.

I’d love to see Game Discovery be rethought on the platform. We shouldn’t have to rely on social networks outside the platform to discovery something new.