New Game Sort: "Recommended For You"

Some of you have given us feedback that your games do not get sufficient impressions unless they are already popular and that means you have to rely on ads to get initial viewership.

We have been hard at work to improve this and we’re happy to announce that we’ve launched a new “Recommended For You” sort on home and game page!

The “Recommended For You” sort will showcase personalized recommendations based off of games a player is interested. This will result in a wider variety of games getting prominent impressions and user engagement and will help your games find the right audience!

This is a first step towards greater personalized game discovery and expect more to come. As always please leave your feedback; it helps us make the product better for everyone

365 Likes
How does roblox choose games to feature them on front page?
Question for small and established game developers
Free Private Servers and Game Sorts Updates!
How popular are educational games these days?
A 'One Size Fits All' Games Page is No Solution to the Problem of Game Discovery on Roblox
[Discovery] Underrated Experience Content Algorithm
We’ve Rebuilt Sponsored Games!
Add more ways to discover new content to the "Discover" page
The Recommended sort is terrible: How to fix it
Kairomatic (Kero) closed July 1, 2020, 5:44pm #2
coefficients (coefficients) July 1, 2020, 5:45pm #3

Games… recommended… just for me?

This is awesome, I’m going to check out the games in my Recommended For You sort and count how many hours I inadvertently sink into them!

coefficients can have a little list of games… as a treat…

This topic was automatically opened after 15 minutes.

Pizza tycoon has been on my recommend for the last 5 years.

This basically fulfills all the feature requests on #platform-feedback:website-features regarding game sorts!

Did my feature request just get accepted? Roblox Should Add a "Discovery" Sort on the Games Page

Roblox you did a good thing! Now I just need to wait and let the money roll in… except, I didn’t make a game yet. Gotta start now before this system gets hacked.

This is real neat, and I’m all for game discovery upgrades, but why are my results basically identical to the Popular sort even when I don’t play any games like these? How does the algorithm work to result in stuff like this?

Example: Games played by older users are recommended to other older users

This is a great update to the Roblox website! It’s nice to see what we play and like with many games out there just to combine them with the genre and stuff, kind of neat it is now out.

A question that I have is the type of games that are cloned or rip-off of most popular games, since I saw this game that is a copy of Natural Diaster Survival, would those be taken care of in the future?

It doesn’t really seem that accurate

It could do some work, though I appreciate the effort to improve game-discovery.

Nice, but how does it work? Does it base recommendations off games others have played, games your friends have played, similar genres to game’s you’ve played, or similar developers?

Does it use personal information like where you live, your age, what language you speak, etc?

Does it use AI? It would be nice if it were more transparent.

We know that it will be personalized, but based on what?

Woah!?! A recommended tab?
That’s pretty cool man, whoever came up with this, I want to pat them on the back.
I hope this makes up for top rated being down. 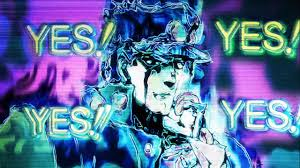 I appreciate the change a lot, especially for some reason the algorithm seems to be favouring one of the games I worked on and we are now getting triple player counts which is cool

However as I side effect of this change I have noticed ‘favourite games’ has moved to the bottom of the page, a change i’m not a fan of since I use this sort to track the player counts on my games without having to do a lot of menuing, I would prefer if favourites was third on the list, then at least its relatively close to the top 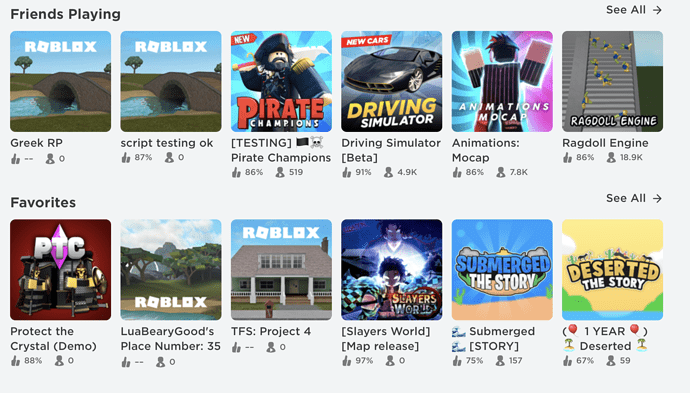 In terms of the accuracy of the sort its alright, but could be better, here is what I was recommended:

Tower battles, I most likely wouldn’t play but I play some tower defence simulator so I know wy I was recommended it
Death zone doesn’t look like the sort of game I would play
Quarantine seems interesting, I think that was a good recommendation.
The facility game, not interested at all. Don’t know why I was recommended it
Family paradise… lol, ye, not my cup of tea.
Notoriety, thats actually a really Nice suggestion, been recommended it by a lot of friends so glad the sort picked it up.

Would be nice to know a bit more about how the algorithm behind it works.

This is great news for developers that doesn’t have enough funds into spending on ads/sponsoring! Well done!!

Quick question: If the player plays a game that got recommended in that page, can games that technically advertises it on the site be on that category?

Amazing! Now it will be much easier to find great games

!
Great update!
And easier for developers to get players to try their game with less advertising!

Thanks for this sort. However, it dosen’t seem too personalized to me. I don’t play simulators or role play games but this is pretty much what this list is made of.

Hopefully personalization could improve in the future or this problem is just me.