Hi RobloxCommunity, I have a surprise for you today:

I finally finished my first plugin, I’m proud to present to you:
FrostDracony’s RichTextEditor (you can also call it RichTextEditor, for the rest of the mail I’ll call it that just for short).
https://www.roblox.com/library/5557442192/FrostDraconys-RichTextEditor
Well, to be direct, I have to admit that I’m not the best GUI designer, but that’s why I did my best. So, I don’t know if I will continue making plugins, it depends on how much the community likes this one. I’m not really an expert either, this is my very first plugin that I share with you. You are free to warn me if I do something wrong.
(tl;dr: The design might be ugly and this is my first plugin)

Okay, what can this plugin do? This plugin can, as the name says, change texts of TextGuis, and it is compatible with the RichText beta feature (what more did you want?) There’s nothing special to say, I added a button for almost every richtext tag, but long words are probably boring, what you want to see is the plugin itself, right?
(tl;dr: Just talked a bit about the plugin and will show a video of the plugin itself)
(P.S.: I don’t handle Youtube and video recordings very well, so no negative reviews of the video please, thanks. About the plugin but I accept almost every criticism) 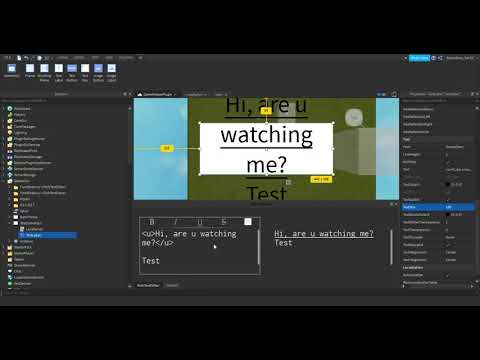 So how did I create it and where did I get the idea for it?

Well, I can only say that I would have to do a lot of research on GUIs and it was a hard work to work with the ScrollingFrame, I would have to use the PluginDebug. But finally I finished my plugin, although it took me about 1 week (which is long for me).

Does it also support LightTheme?
No, it does not.

Where did I get the idea to do it?

After reading that Roblox would support RichText and seeing some community creations, I couldn’t resist and just had to do it. I got the idea from the Devforum and other forums themselves, there is no more to say.

Where does the name “FrostDracony” come from? Who is that?

Easy to explain, later I want to change my name (I chose this name after an italian youtube channel, which still exists today, but also changed names. Back then I was a fan of it for 5-7 years and had no inspiration, but now I’m thinking that I’d rather change name).

Will the Plugin be open-source?

Yes, this is a big yes. I only need to re-name my variables, then maybe add support for Luau and then yes, i will publish the SourceCode on my Github.

Do you have any questions about the plugin? Put them here or send me a private message, I will answer most of them.

I hope you will like this plugin, if not, tell me what’s wrong with it.

Really thanks for reading, it makes me happy.

(P.S.: This was written thanks to an online translator, because I can’t write English. If you find a mistake, feel free to tell me)

Credits for helping me:
@ItzAuraX: he helped me with this question Would it be ok if I " recreate" the DevHub's TextEditorModel in my plugin? - #2 by Paradigmed

@0xabcdef1234: Thanks for the announcement! Without it, this plugin would never exist (and thanks to the other people that worked on it): RichText [TextScaled Support Added]

@JohnnyMorganz: I was really, REALLY inspired from the heavy inspired from its plugin, you really should check it out: Text Editor: Make editing "Text" fields much easier

@SimplyRekt: For helping me (via pm, i cant show it to you) with a issue that really was annoying and caused this long delay

I can live with light theme, don’t hate on me though. The plguin is cool, especially for your first plugin, keep up the good work!

so yeah I’m able to survive with light theme, don’t kill me.

This is great for a first plugin, I might actually find this useful!

(tbh I didn’t even know RichText was a thing lol)

I can live with light theme

And I thought all the developers in the world became vampires, oddly enough.

Whoever has tested my plugin will see that you can’t move up and down, you can only move left/right, which bothers me and surely many other developers. That’s why I have planned to add @boatbomber TextBoxPlus module (i have other plans like add undo/retro and this would help me with scripting my text box, so yes, this really would help me).

I built my plugin quickly, so I didn’t really think about scripting it in luau, that’s something in my TODO list, for sure.

Show the SourceCode on Github

Well, I still have to rename my variables and only then I set my code source code to Github (Yes, I wasn’t very creative with my variable names. The one with the renaming is optional, but the one with the github is safe)

Optional: LightTheme version of the plugin

And if many people want to, I will probably make a light theme version of the plugin.

Can’t wait to use it I’ve found the normal rich text editor to be somewhat weird to use. But I gotta say great job on you plugin its gonna help me with my UI so much.

Quick question does it automatically scale the text properly?

Since, as soon as you activate the richtext mode, the TextGui.Scaled property does not work anymore and you have no other way, it is unfortunately not possible. I think Roblox will fix it as soon as it comes out of beta or even earlier, but until then you will have to wait. Something that is ± possible is to scale the buttons (I found a way to object the fact that the buttons are square for my purposes). Thanks for the feedback anyway and I hope you will enjoy it!

(tbh I didn’t even know RichText was a thing lol)

@RequiredModule, so I hope this topic here will help you (the topic was created from @0xabcdef1234):

[Update Dec-02-2020] [Update Sep-17-2020] What is RichText? Rich text uses simple markup tags to style individual words or phrases within a single string of text. Initially, we will provide font size, color, bold, italics, underline and strikethrough. We plan on adding additional style options in future updates. How do I use it? First of all, enable rich text beta feature in studio.

I’m really glad that we accessed the richtext, i think this is Christmas before December XD.

The following items are on our roadmap for this quarter and will gradually rollout in the near future.

Yeah, we need to wait for the scale support

Ok still worth it. I really like being able to see the text I write in a much bigger format. Plus my co devs who don’t know the ways of the richtext html style format get a helpful tool.

There are functions and events that allow you to do this dynamically, and is actually encouraged so your plugin doesn’t feel out of place.

Yeah, thanks, I played around with that a few years ago, I was wondering if I should use it. Well, I’m currently busy with another problem, I’d like to solve it, and then have a look at this one!

I’d be willing to help you out if you need it.

Thanks for asking. I’m working with PluginMouse right now, but I should be okay. Thanks again for asking.

Yes, after a lot of time i have a update for you, dont think i forgot this plugin

In other words, you just need to go in File → Advanced → Shortcuts and find the Shortcuts of my Plugin! Then just select the Keys required and you can use it! For example, you are tired to always click on the Bold button to add the bold tags, whats do? Go there and you can use the keys you want (i would use Ctrl/Cmd, depending of whats device you are using, + b like „Crtl + B“) and if you are using the Plugin then you will add the bold tags! This works for all Key combination you want. Really thanks to boatbombers TextBoxPlus module

(If u want to know how this works, i am using PluginActions, here is a tutorial about that will help you to: 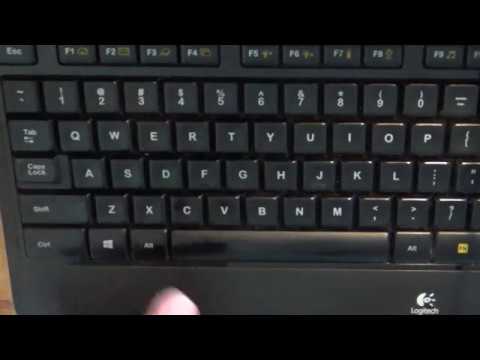 You want that your Text is centred or on the right and not only at the left? This is what you need! New 3 buttons with each a symbol that says what alignment. This is also updated in the preview part.

If you are unaware, to this time Roblox recently (2 months ago) relased a new property to all TextGuis called „RichText“ and now you can use XML RichTextTags thanks it (this will change in the future, i am sure). Ok, but at this time the RichText isnt scaled, so if you are enabling this property the Text isnt scaled.

Why is this important?

This is important because i am using RichText instead of creatinga image for each button. Ok, this is now fixed

If i am clicking at the PluginButton while selecting a TextGui, i need to select again the same TextGui to make it works

No need that i explain it to you, this is now fixed

Ok, i explained what i fixed and what is new, but now here is what i want to implement in the future:

Sorry, i promised it to you but i am just to lazy to do this. I know there is a function so i will start to working on this for the next update, sure (this time, i hope…)!

RichText haves a font tag, i will implement this. The only reason why i didnt ist because most people dont know how to do this and i am looking for a simple style to implement…

What if you could change the Background colour, Image, change the Text Size and Colours and more? Well, idk if i can implement this for the next update, but i will try!

I forgot to add this here (this is the reason why a added a „Edit1“):
If you really want yet, just ask and i will show you the source-code of my plugin. In the next update you can use a new button (Settings Button) to add the source-code to the selected item. I can‘t use github because i am using Roblox Instances (and github doesnt support Roblox instances, this is why), but i can do this.

If you have any other ideas on what i could to, just say it (like implementing Markdown, not really directly in the next update but i will). I wont bite (hahaha, really funny)

Ok, thanks for reading and have a nice day!

P.S.: U have to scroll if you want to see and use the new 3 Buttons,

Forgot to mention this, the scrollbar is invisible because this was annoying to see, but if you still want it just ask and i will… make something.

What you can do, is upload the code to GitHub by just copy and pasting it out of Roblox. It would really help devs who want to contribute like myself.

If someone really wants them why not. I will do this, but later. Before i want to take a break and work on another plugin (and focus me on the school).