This topic was automatically opened after 15 minutes.

From what I’ve seen, the update looks a lot smoother and generally better than the previous version. Overall I think the feature is a win win, and will provide a smoother experience for controller players!

I will also continue to use this feature and support it in newer experiences of mine!

You should have it so you can switch between the normal quick one and the new precise one with some button combination. Both cursors have disadvantages and advantages and having a “toggle” option would be a good idea to make use of both since many people like me have less issues with the normal one but would love to have this be usable in certain situations.

@NoUniqueAddress Just a question… Have the other bugs mentioned on the previous thread been fixed, since I really need TextBox support before I can fully make the switch.

Would it perhaps be possible in the future to add support for both PlayStation DualShock 4 & DualSense touchpads on the controller?

Anyways, at least thank you for making it more obvious that you can scroll with the Gamepad Cursor.

I’m pretty sure they are already supported. I’ve been using a Giotech WX4 Switch Pro Controller with Roblox for a while.

Roblox can’t exactly show the controller inputs in games because of a deal with Microsoft relating to exclusivity for Roblox on console.

What certain situations are you talking about? Virtual cursor will move around at its normal speed unless it is moving over a button. In that case it will slow down, making it easier to press the button. The scrolling zone is a similar area where we want to slow the cursor down, so you don’t have to be too precise to be in that zone. What other situation would you want more precise control? I don’t see a toggle being very useful.

Yes! We turned it on a little while ago but wanted to wait for these improvements before announcing an update. Glad you like the changes 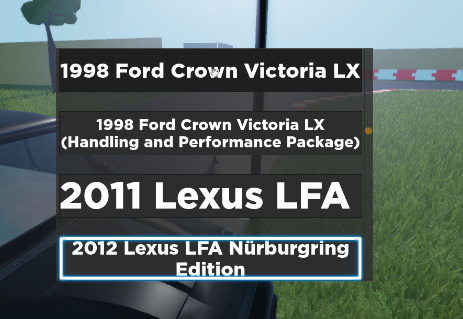 in the new one you have to skim over everything and slow down and go back to something you want because you are using a joystick as a mouse. Similar to scrolling with a phone or mouse in a website but phones at least are more quick and are dependent on how fast you drag and mice wheels can be fast or slow 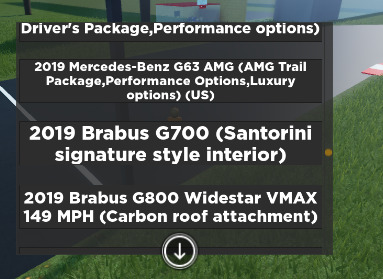 the normal one though is a pain in non scrolling guis like this.

the new one is a lot more user friendly here

this makes the choice hard between these two cursors. I can’t pick one without sacrificing some of the ease of use for xbox players. I propose the toggled system basically means you press an easy button combination and easily switch between those and have a switch in the settings similar to shift lock. If this is too complicated i understand. If that is the case than a scrolling speed property would be another good solution since it can just be sped up or slowed down. But that’s just my suggestion

Scrolling Down is just Okay and I don’t think everyone will scroll better with virtual cursor by scrolling, it’s fast.

Now this is something i have been waiting for ages to happen, Woo hoo!

This update is a lot better. It reminds me of the mobile app’s movement buttons!

Agreed. I think they should slow the scroll down.

This is a great addition! We’ve been using the Virtual Cursor pretty heavily and it saves a ton of effort, and this will be even more useful.

As a question, is it possible for us developers to toggle the virtual cursor automatically without the user having to manually do it themselves every time? It would be an incredibly helpful feature for us.

Is there any reason you can’t scroll using the other analog stick like every existing game console does? i.e. moving cursor with the left stick, and scrolling with the right stick.

Is there a way to ‘force enable’ the virtual cursor through code and not rely on players pressing ‘select’ on their controllers?

This is a must-have feature if not already, it would be really useful

Most people seem to have a problem with the speed- what would be handy is to use the right stick to scroll, and the speed depends on how far back the analog stick is pulled.

(Pretty sure a similar system is/was in place with the old gamepad navigation, and to be honest I’m not too sure why it was drastically changed)