As a Roblox developer, it is currently hard to block out maps while knowing the scale of the map being constructed. During development it is really important to know the scale of the parts in the map. Plastic and the other current materials are not optimal for this use case.

Create a “Texture” object and place it on each face of a part with a custom grid texture. 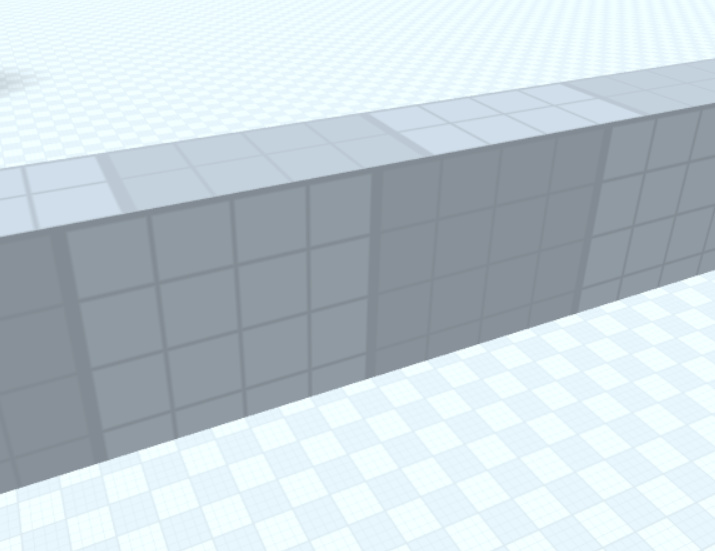 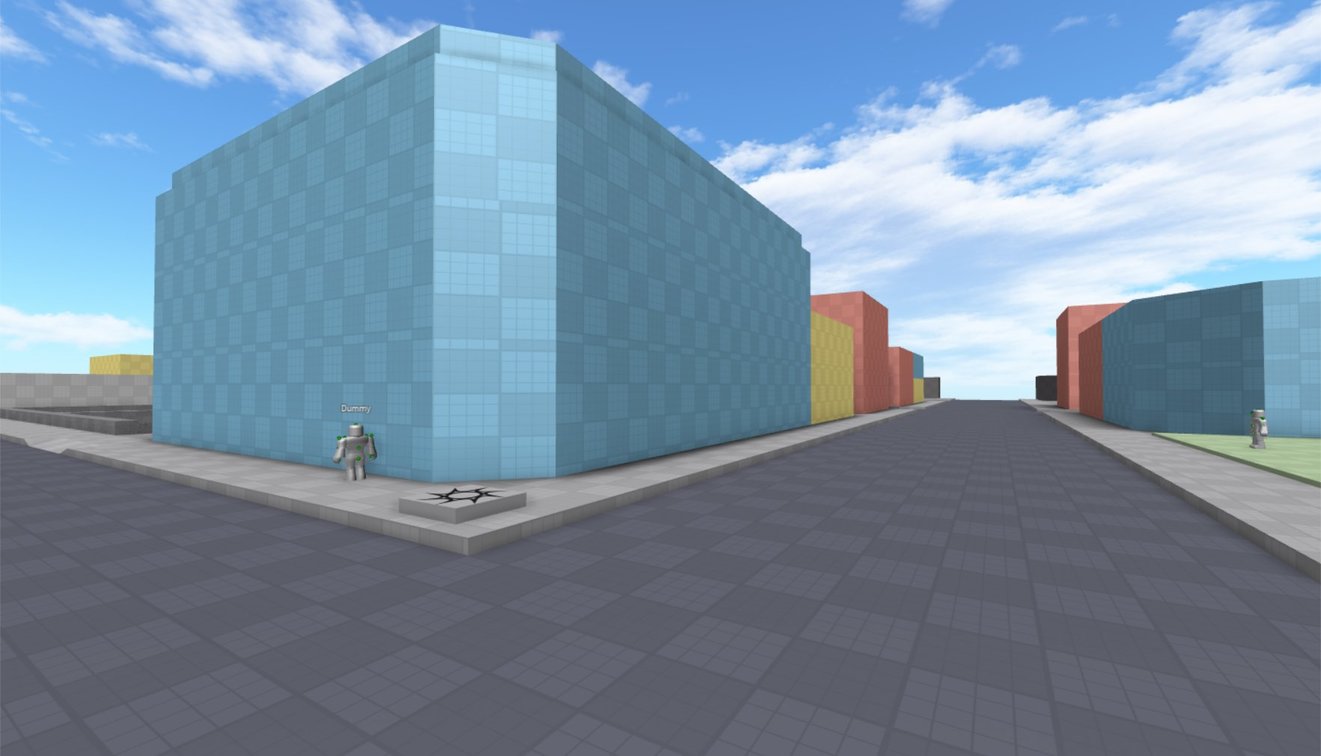 Example model with a similar texture to the one I have in mind for this material: Grid texture - Block (Tiled) - Roblox

In use in other games during development and in game engines:

As you can probably tell, this is quite a common texture to have in a game engine/level design environment. So it would be quite nice to have this in Roblox too.

Do you want this?

Are you using similar textures? Would you have a use case not mentioned here?

Support! I have used textures for grids when building things and having a grid material would be amazing!

What about just having this as a new surfacetype

I usually just use “Universal” surface types for this purpose

I have a Studio plugin that makes my baseplates look less noisy and give a better reference on distances, so I’d like if this was built in. 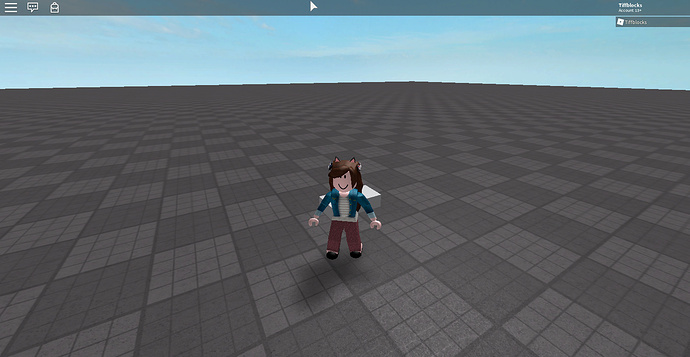 Using surface types for aesthetic purposes is not the way that feature is meant to be used, so it wouldn’t make sense over a new material.

I don’t use them for aesthetic purposes either, I use them as a grid, especially because they aren’t visible in the published game but are visible in studio

This looks so much better than the current default baseplate that it isn’t even funny. Can we make this official?

It would be awesome to be able to set the grid spacing per part.
I usually use grids to determine which objects are at/above jump height. This can differ per game with gravity and jump power and other mobility tools that may exist in a game.

The block on the left is a 6stud (about the size of 1:1 character, rounded to 6 for neatness) tall block. The block on the right is 8.5studs tall, roughly the max height a character can be expected to jump at default values.

This would be similar to Hammer developer textures.

Adding this feature, which is only really good in Studio, as a material seems like bloat to me. There’s a lot of ways to keep track of scale right now, and while I agree that this is a good feature, as a Material it seems like a bad idea.

We have a ton of ugly/unuseful Materials that people never use already; most games opt for custom textures or just using Plastic/SmoothPlastic along with the useful aesthetic ones like Neon and Glass.

Basically, great idea, but not the implementation I’d like to see. Unless we’d get custom Materials in order to make this ourselves.

Maybe it could instead be added as an option in Studio, to make all parts render with a checkered texture.

What’s the intended use case for this? The request is for a material, but in your examples it looks like you have nearly everything using the texture. Instead of a material that has to manually be applied to every part in the place, should this automatically draw grids on most parts, ignoring components of humanoids/etc? Is this something that needs to be manually removed for production assets, or would it be more convenient if it only rendered in Studio and there wasn’t a need to remove it?

Don’t mesh parts already have this sort of texture (fresh inserted mesh part) so why can’t it be placed onto other parts.

While a Studio toggle would be cool, I think it should still have an option to show up in live games. For example, doing online play testing of a blocked out map. It’s also possible devs will find a Grid material useful as part of their actual finished maps, for example a laboratory aesthetic.

I like the Material option the best, because it’s easy to apply to objects you insert and it’s not a mechanical task converting a blocked out map to a production one. A toggle doesn’t really make sense, because you’re not making a production map with a grid overlaid, you’re making a blocked out map you’ll later convert into a production map. Like if it was just a toggle, what would you block out with? Just regular plastic parts? The map would look awful without the toggle always set, so why even have a toggle?

This is just my view, not Roblox’s in general.

Edit: Here’s examples of a grid texture being used as part of a game’s aesthetic. 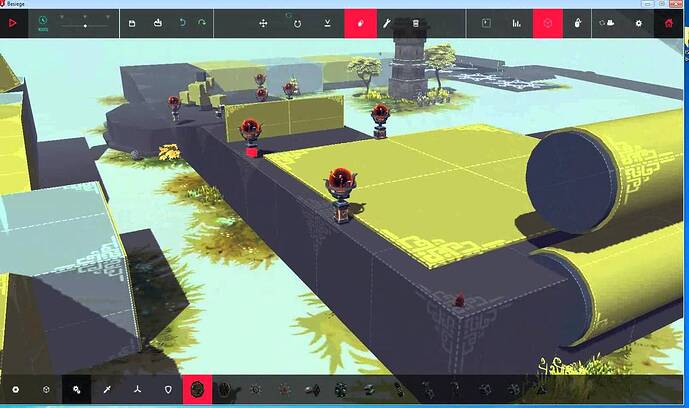 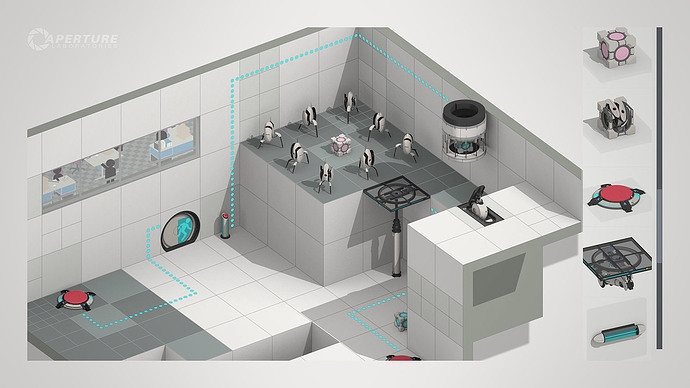 Like if it was just a toggle, what would you block out with? Just regular plastic parts?

You’d block out with the grid parts? Based on the OP this sounds like the workflow for blocking out the map:

I don’t know about other developers but I’d replace blocked out parts piece by piece rather than immediately removing the grid texture and going to bare plastic or whatever.

This would be great. Still want this

It looks like this became a setting in studio! I do wish it was possible to use in-game though.