What I am currently doing is inserting a model into the workspace to look like a 3D UI, but now with the inception of Viewports I wanna try putting it inside that as I feel it would be more efficient + I want to add a blur so the focus is on the character and not the stuff in the background.

So this is what I currently have:

There character is perfectly positioned. Now with attempting a ViewportFrame

Using the same code, but just changing the parent from workspace to the ViewportFrame.

First time using ViewportFrame’s but guessing it would have something to do with the CurrentCamera. Problem I have is I can’t position the camera in studio to be the exact same position as what it is when in game. I tried copying the Camera when I was in PlaySolo, but that didn’t work, so not sure how to really fix this.

Also the character doesn’t have a weapon equipped, do viewports not show these? Nor does the animation running (guessing Viewports don’t do that either

So, i have a mirror. It works well, a surface gui parented to the playergui and then its adornee is set to the part. Script with the math moving the camera angle, maybe a bit distorted but its good enough. The workspace doesnt change so i just duplicated it into the viewport. But i want to see the player, however when i try to duplicate it and then move the humanoidrootpart the entire thing doesnt move? Do i need to change the cframe of each entire part? Or am i having an issue with motor6d con…

As for the camera trouble, are you setting the viewport camera to the new camera?

Well, I just set the ViewportFrame.CurrentCamera to be the camera that’s just inside workspace in studio

Are you testing the viewport in the server or on the client?

If the doesn’t work on the client, then I have no clue at all.
It doesn’t make sense why the tools wouldn’t appear, it works fine for me. 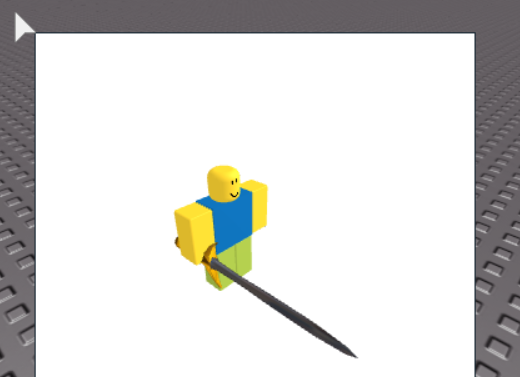 Edit: People are saying that physics don’t work in viewports, if the tool is weld based, maybe that’s why?

I am not certain about this, hopefully somebody will correct me if I am wrong, but I believe this is because physics are not simulated by ViewportFrames. The options you have are to load them onto the character in Workspace and then parent the character to the ViewportFrame after, or to manually CFrame them into position based on their respective orientations.

they are weld based