How to make something depend on another

I’m currently using a tycoon kit, but instead of using Humanoids to display what you’ll buy when you step on it, I use BillboardUI’s, so it looks like this. 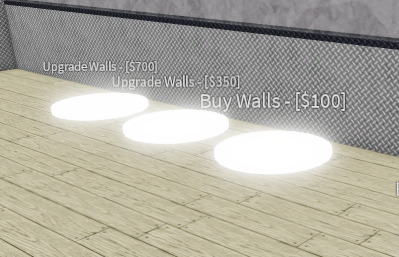 When you actually play the game, the buttons don’t appear because you haven’t started the tycoon or haven’t progressed enough, etc, which is intentional. Just when the button’s don’t appear, or aka being transparent, the BillboardUI’s are still there giving you this result: 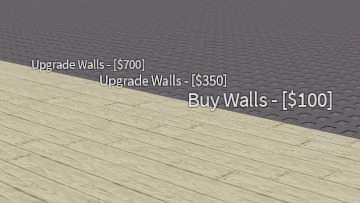 So my question is, how would I go about making a script that checks if the part is transparent or not, so that the BillboardUI would follow it’s lead, something like this 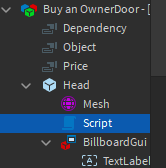 “Head” being the part you step on to make the purchase, just like all tycoons. It used to have a Humanoid to display it’s use/name, so that’s why it’s named that way.

I couldn’t find help elsewhere and have tried everything, so help would be much appreciated! I’m not really trying to learn scripting but that’s all I know. Thanks!

Hey, there’s a few ways you can do this. Personally I would just check if the part is transparent or not every time there’s a change with the part, then enable/disable the GUI appropriately. I’ve left a basic example below.

2 Likes
How do i make my Car AI Steer or throttle If a humanoid npc rotates or moves?