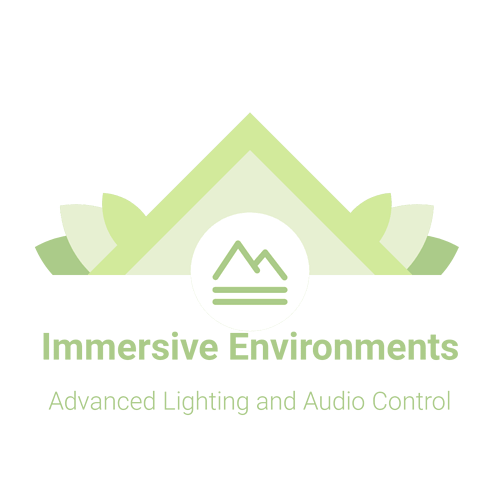 Hi there and Happy New Years!

Immersive Environments is a robust and feature packed system that can elevate the degree of control and detail in your game.

IE has been updated to V2 woooo!! - check out this post for information on what this update entails. Because IE V2 is not backwards compatible, please check the post and example place for guidance on conversion

Example place (open-sourced) with Immersive Environments in action.
Check this out to see how settings can be configured: Example Place

Set up instructions are also included on the GitHub Page

Immersive Environments (IE) is the successor to Truly Dynamic Lighting (aka TDL). Originally named Truly Dynamic Lighting 2, the focus of the project was shifted to overhaul the initial framework and direction of the system, while also meeting all of the current, anticipated, and potential needs of my current project. IE features all of the same settings as TDL, and also features a host of other new features, settings, and optimizations to expand developer creative control.

The final product is a robust system that allows for time-based and region-based lighting and audio controls.

For more information, please check out the GitHub Page here!

Thanks and let me know if you have any feedback!

Great module! I know I will definitely be using the weather controls verrrrrry soon.

The changes should be reflected in both the Example Place, GitHub repository, and Roblox Library.

Thank you to everyone who has provided feedback on IE. Much appreciated

The changes should be live on the Example Place, GitHub repository, and Roblox Library.

Thank you @Dominusemprayus for the feedback that led to locating these problem areas.

I have everything set up. I followed the tutorials, and it is not functioning in my game. Any solving?

If you could message me privately with a stripped down version of your setup (with only IE) or your full project (if you’re comfortable) I can help debug any issues.

Okay. Where I can message you privately? Sorry for the late response.

Thanks for making this system open-source! I was working on something vaguely similar and your work just summed up pretty much a lot of headaches, I do have a question, if I wanted a region that was beyond the limit of the part size (2048) how would I achieve that? I’m doing this for multiple islands.

This would be a question best suited for @VerdommeManDevAcc who created the module that handles region tracking which IE uses. I’m not sure if OT&AM (his module) tracks unions or models, which is what you’d probably want there.

You could also go for the ‘hacky’ solution of just creating overlapping regions with identical settings. This would give it the same behavior as a single large part if the settings are the same.

Thanks! just went ahead and did the hacky solution, works perfectly.

Hey, my module (OT&AM) doesn’t have any size limits for regions, it has two methods for adding regions

I see only now that my API is not very clear on this.

Does this script is break, i only see green thing and its not beutiful

Check out the example place, which shows IE in action. All of the sounds and colors in the example place are used for demo purposes (since in an actual game you would rarely need that level of drastic color changes).

All of those settings (colors, sounds, etc.) are all customizable. However, you will have to change the settings yourself and tailor them to your project.

.) are all customizable. However, you will have to change the settings yourself and tailor them to your project.

Oh sorry i didnt understand how this work

Very nice release, will be using this in my games.

This is pretty impressive, though the only thing I’m not a fan of (this is kind of nit-picky), is that editing the settings requires you to directly edit the Settings.lua file.

This is fine in most setups (i.e. if you’re using the model), but if you’re using this module as a git submodule in a Rojo project, then it requires you to edit one of the submodule files - this isn’t really ideal since you shouldn’t (really) be editing a submodule directly. You would normally create a fork of the repository and add it a submodule if you wanted to do this, which isn’t really ideal just to change the settings.

My idea is that you could have settings be changed like you would change bubble chat settings, which is through Chat#SetBubbleChatSettings(settings : table). Ideally this would be called on the server before Main#Run().

Can u tell me script for day night cycle with custom ambient using this module.

I’m not sure what you’re asking here.

IE has a built-in day/night script, but it can also be set to sync to an existing day/night script. Ambient changes can be generated by adjusting the settings for each period of time.

Can u just make tutorial on this module? Kinda confusing me as I m not a good scripter.

I will probably make a tutorial in the future, following the update I’m working on right now. The update should simplify things considerably and add a lot more options to experiences.

Until then, I would recommend going to the example place and around with the different settings and configurations to get a feel for it.