We continue to iterate on our language stack, working on many features for type checking, performance, and quality of life. Some of them come with announcements, some come with release notes, and some just ship - here we will talk about all things that happened since November last year.

If you want to catch up on the improvements from last year, you probably want to read these as well!

We were originally intending to ship the beta last year but had to delay it due to last minute bugs. However, it’s now live as a beta option on production! Go here to learn more:

EDIT: Please DO NOT publish places with type annotations just yet as they will not work on production! This is why it’s a beta

However, please continue to experiment in Studio and give us feedback. We are reading everything and will be fixing reported bugs and discussing syntax / semantics issues some people brought up. Hello! We’ve been quietly working on building a type checker for Lua for quite some time now. It is now far enough along that we’d really like to hear what…

We’re continuing to iterate on the feedback we have received here. Something that will happen next is that we will enable type annotations on live server/clients - which will mean that you will be able to publish source code with type annotations without breaking your games. We still have work to do on the non-strict and strict mode type checking before the feature can move out of beta though, in particular we’ve implemented support for require statement and that should ship next week

We also fixed a few bugs in the type definitions for built-in functions/API and the type checker itself:

We are also making the type checker more ergonomic and more correct. Two changes I want to call out are:

When we shipped the original version of the VM last year, we didn’t have the debugger fully working. Debugger relies on low-level implementation of the old VM that we decided to remove from the new VM - as such we had to make a new low-level debugging engine.

This is now live under the Luau VM beta feature, see this post for details:

Hi, everyone. In addition to all of the typechecking work that’s currently in beta, we’ve been hard at work on the other side of Luau, which is the faster runtime. The runtime is already used everywhere except in Studio debugging sessions, and we’ve recently released a beta feature called “Enable faster Lua runtime” which turns it on in Studio as well. Please try it out and tell us what you think. Ideally, the only thing you might notice is an improvement in runtime performance when debugging. …

If you use the debugger at all, please enable the beta feature and try it out - we want to fix all the bugs we can find, and this is blocking us enabling the new VM everywhere.

(a quick aside: today the new VM is enabled on all servers and all clients, and it’s enabled in Studio “edit” mode for plugins - but not in Studio play modes, and full debugger support is what prevents us from doing so)

This section is short and sweet this time around:

Please note that we only support this in the new VM, so you have to be enrolled in Luau VM beta to be able to use it in Studio. It will work in game regardless of the beta setting as per above.

While we have some really forward looking ideas around multi-threading and native code compilation that we’re starting to explore, we also continue to improve performance across the board based on our existing performance backlog and your feedback.

In particular, there are several memory and performance optimizations that shipped in the last few months:

We spent some time to improve error messages in various layers of the stack based on the reports from community. Specifically:

produces Unexpected Unicode character: U+2024. Did you mean '.'?

Last but not least, let’s all press F for LoadLibrary:

LoadLibrary is going to be removed on February 3rd Announcements

UPDATE This update is live as of February 3rd, 2020. UPDATE This has been postponed once more to February 3rd. UPDATE This has been postponed to January 6th; the post has been updated with the new timeline. What’s going on? LoadLibrary is a legacy mechanism that we previously used to provide access to Roblox-maintained Lua code. However, we haven’t updated the list of libraries or the libraries themselves in ages. There are three libraries: RbxGui, RbxStamper and RbxUtility; the first two are…

It was fun while it lasted, but supporting it caused us a lot of pain over the years and prevented some forward-looking changes to the VM. We don’t like removing APIs from the platform, but in this case it was necessary. Thanks to the passionate feedback from the community we adjusted our initial rollout plans to be less aggressive and batch-processed a lot of gear items that used this function to stop using this function. The update is in effect and LoadLibrary is no more.

As usual, if you have any feedback about any of these updates, suggestions, bug reports, etc., post them in this thread or (preferably for bugs) as separate posts in the bug report category.

Big F for LoadLibrary but an even bigger yay for Luau! Glad to see the progress of this and can’t wait to see more in the future.

It would be cool to see the | and & changed to|| and && because it is more convenient when you are also coding in JavaScript, it is also more convenient in general. That also goes because the tables are now more like objects.

Luau is epic
Glad to see these progress a long journey

That makes less sense – they are not meant to denote logical operators. It’s to denote type unions and intersections.

yes but it is convenient, and developers who might type || instead of |, it also teaches you something about another language in a way. 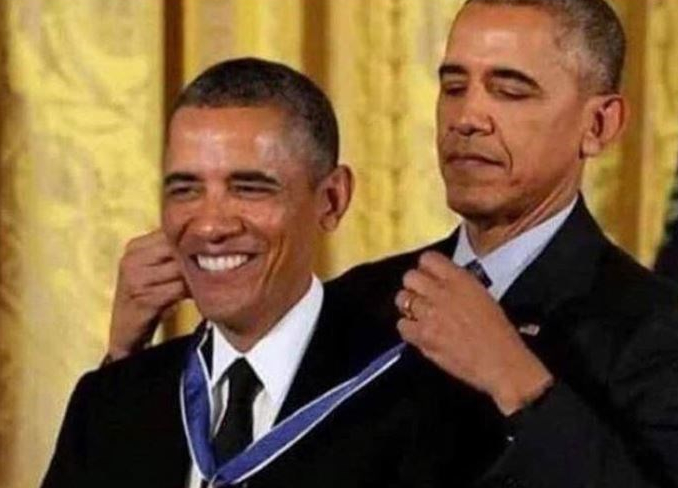 That aside, these updates have been awesome! Continue has been a dream for my insane iteration habits, and so have the performance gains

Out of curiosity, which is faster when checking for nil (assuming x is not false)? Do type annotations change the performance of these checks?

I love that you guys just built your own interpreter and made it so much better. That’s some serious engineering commitment. Everyone benefits from this, including the players.

Any updates on multithreading?

Hooray for Luau! However, I’m quite upset that I’ve gotten no word from staff about this 100% reproducible studio crashing bug that occurs with the “Script Analysis” beta feature enabled, even though it’s been well over a month since I reported it.

I’ve started experiencing a 100% reproducible crash when I have the new Luau type checking enabled. I’ve narrowed it down to a single function in a single script included with @Crazyman32’s AeroGameFramework. Here is what happens: Studio will immediately become and remain unresponsive upon the script being pasted into DataModel Studio will continue to exponentially use more and more memory until killed from task manager I’m including a stripped-down version of the script with the bare minimum…

Amazing recap! Cant wait to see what improvements are going to take place. A great work for those people who work on that!

We’re actively looking into this bug, but it’s a bit non-trivial to resolve.

Also another question! Here’s my current code for classes within the type system:

It might be more ergonomic if parts of the class type could be inferred somehow. I’m honestly not sure how you’d pull it off, but is stuff like this under consideration?

Out of curiosity, which is faster when checking for nil (assuming x is not false)? Do type annotations change the performance of these checks?

I’d expect if x to be a bit faster. We have a pending optimization in backlog to optimize comparisons with constants a bit better. Type information currently doesn’t affect code generation.

&& is also a double address operator in C++. That has nothing to do with learning another language, it just pushes false sense of familiarity which can result mistakes that are hard to find.

Agreed, but it’s just something that shouldn’t happen. I shouldn’t have to go and disable type checking, restart studio, reopen the level, make all the necessary changes to the script I’m using, enable the beta feature AGAIN, restart studio AGAIN, then reopen the level AGAIN every time there’s an update to the script just to stop studio from crashing.

I never got to know LoadLibrary ;(

I’m sorry for being quite confused but is Luau basically another language that’s going to be used for ROBLOX?

Does this mean that ROBLOX programmers will have to change their ways of scripting and learn the next prefixes and syntax?

I’m just quite confused because I’m not sure what’s going on.

Luau is still Lua. It’s just the internal name for the new implementation of Lua they’ve made. You won’t have to worry about learning new syntax, unless you care about type annotations (essentially, there will be a new syntax for adding what type a variable is and what a function returns).

I assume this means the automatic importing of types via require, or is there some other support that I’ve not noticed?

Also, is the syntax for typed Lua considered stable (only additions, never changes or removals) or should we hold out on using it for serious work still?

This is a great recap!