Nature2D is a 2D physics library designed for and on Roblox! Ever wanted to create 2D games but step back because Roblox doesn’t have a built-in 2D physics engine? Use Nature2D to create versatile and smooth simulations and mechanics for your 2D games with minimum effort! Nature2D primarily uses methods of Verlet Integration and Convex Hull collisions.

It’s user friendly and supports all UI Elements. RigidBodies and constraints can potentially be made with almost all UI elements, from Frames to TextBoxes. Collision detection and response are also handled for all UI elements by default.

Create almost anything you can imagine. From bouncy boxes to destructible structures, even character movement in no time. Here’s a wrecking ball connected to an invisible constraint knocking a few boxes off of the blue platform.

Regarding performance, Nature2D does just fine for almost any game. Every RenderStepped event, actions take place, as described above. Performance varies according to the amount of RigidBodies and constraints being simulated. It also depends upon how many collisions take place in between ‘n’ number of RigidBodies.

It runs at 60fps with an average of 100 collisions every frame. Frames may drop, if RigidBodies are used as particle emitters or large scale simulations. Its advisable to use custom 2D Particle Emitters instead of RigidBodies due to frame drops.

In terms of physical accuracy, Nature2D does well. It’s not and isn’t meant to be completely physically accurate since that’s near to impossible but I do plan on improving a lot of things that make it resemble the real world much better. Few things that I would improve is the friction. Friction currently is just a damping value, I do plan on refactoring it. (Refactored)

Collisions are not necessarily physically accurate. They are meant to have a game-like vibe. I do plan on refactoring it as well.

Nature2D is still in BETA. Thus, bugs, mistakes in the code are natural. If you spot any, you can open an issue on github or alert me over here in the replies. I’ll frequently update this resource. If you wish to contribute to this resource, head over to the github repository, fork it and open a pull request!

I hope you enjoy these posts and resources and I hope they help out some of you. If you wish to support these projects, chuck them a star! Stick around for more since there are a lot of new updates, projects and resources coming around!

If you encounter bugs or would like to support this project by improving the code, adding new features or fixing bugs - Feel free to open issues and pull requests! Also read the contribution guide! 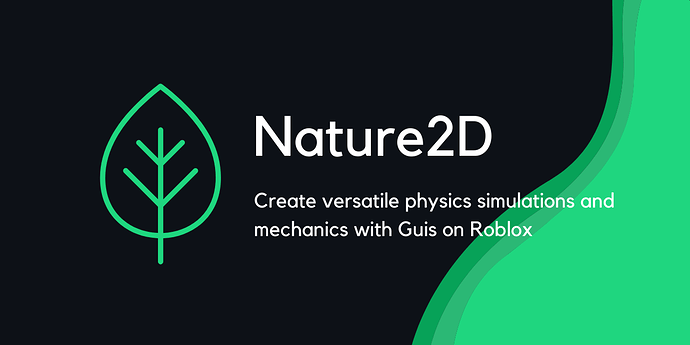 416 Likes
[v3.0] GuiCollisionService - Gui collisions done right
How do I make GUI hitboxes?
Help with "Drag and drop" animation (Math)
How do I make my own movement script
2D collisions with GUI
2D game scripting help
I would like a mobile user to test my game
jaipack17 (jaipack17) October 16, 2021, 5:59am #2

I’ll frequently update the resource, thus I recommend you to get the Roblox Model or watch the github repository by clicking the “watch” button. Examples and tutorials will also be pushed out day by day (if possible)! 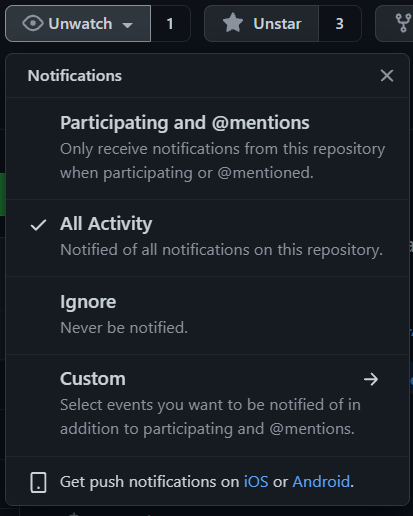 For GitHub, I like to release versions through it, and then you can have it only notify people of Releases. 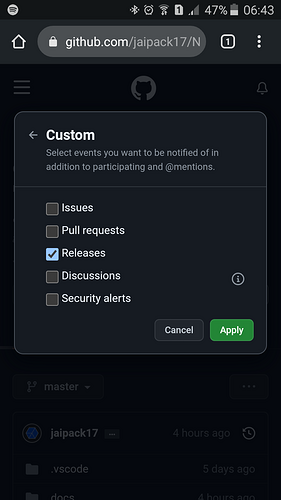 Bro this is mad!

This is one of the best resource I’ve seen on this website in a while! Good job!

angry birds nice
wonder what else could be made on this

anyways great progress, you keep getting better and better

You can make almost anything that has to do with collisions or physics in general. This makes it easy to make stuff like people’s playground, construction based educational/adventure games, pong games, slither io games, physics based platformers etc.

It all lies within the infinite boundaries of imagination!

awesome, probably going to make a yt tutorial on this to help out a bit
thanks for the reply

Pretty cool! But I’m wondering how this would do on high frame-rates?

This is cool!
Now we are getting Unity2D in roblox. I’m just kidding.
This is actually awesome!

It should do well, although I haven’t tested it yet. It may result in the simulations being a bit faster. If you encounter any undesired behavior, you can open an issue in the github repository or alert me here.

Thanks for bringing this up, I’ll make the use of detlaTime (I should have from the start >_<) and push the update sooner or later!

Amazing resource. If something like this was around (or if I was as bigbrain as OP to implement this myself) when I was making my game Calmfall, I would’ve made it 2D! Thank you for the resource OP 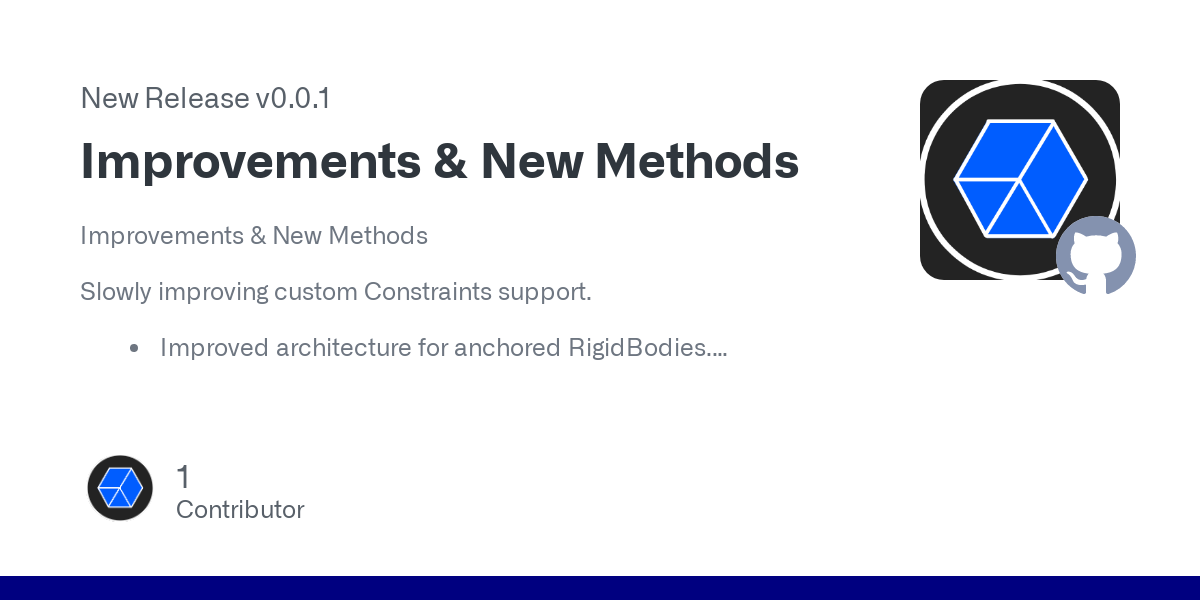 This is so amazing! This will enable some really cool things to be done with GUI, such as more natural animations. It will also enable some cool interactions with GUI… like replacing the Backpack GUI with a dynamic item shelf at the bottom of the screen, where items can be dragged around and can be dragged onto other items to interact with them, as well as dragged onto certain 3D things to interact with them (e.g. dragging a key onto a locked door to unlock the door) Cool stuff! 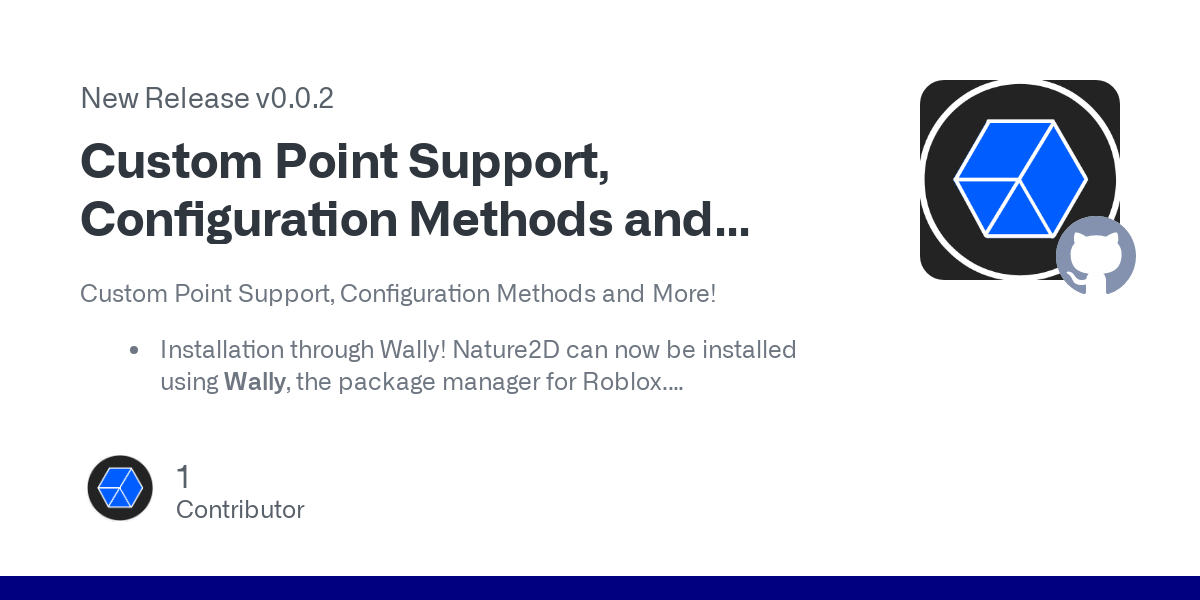 Documentation will be updated soon. New examples and tutorials will also be added so look out for those at the github repository!

Note for the 2 people that read down here.

This will bug with seperate framerates. I.E: Higher than 60 will run faster than normal, and lower than 60 will… just use your brain.

But yeah this is really sick. I give it the Official LemonyPep Seal Of Quality. Because that exists now.

This will bug with seperate framerates. I.E: Higher than 60 will run faster than normal, and lower than 60 will… just use your brain.

Correct, this will be fixed in the upcoming versions though! Thanks.

The engine is now frame-rate independent!

Note: This hasn’t been tested with multiple kinds of simulations. Thus, if you encounter any unwanted behavior, errors or visual bugs - you can open an issue at the github repository!

More feature rich updates soon. Contribution is also welcome! Documentation will be updated in response to the previous updates, soon! 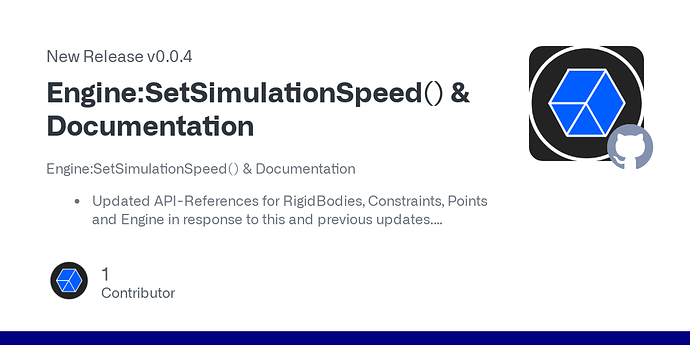 Engine:SetSimulationSpeed() & Documentation Updated API-References for RigidBodies, Constraints, Points and Engine in response to this and previous updates. Documented source code with comments. B...

No way! Finally what I always wanted! Now I don’t have to script gui collisions anymore

I really wanted this for like 3 years all I could do is 3d, but now it’s finally here

I have been messing around with this a little and it’s pretty cool! Although I did run into two issues:

This resource would be incredibly useful if these issues were to be fixed!