The current baseplate in Studio is showing its age, so we are providing a new, updated baseplate as an alternate template that is available in Studio. If this is well received, we will consider using this as the default going forward, pending any feedback we receive.

Our goal is to provide a great starting point for new projects that best represents the current state of the Roblox engine and all that it offers! 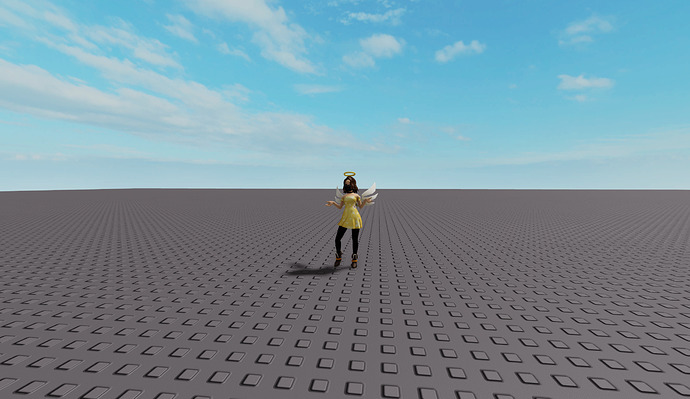 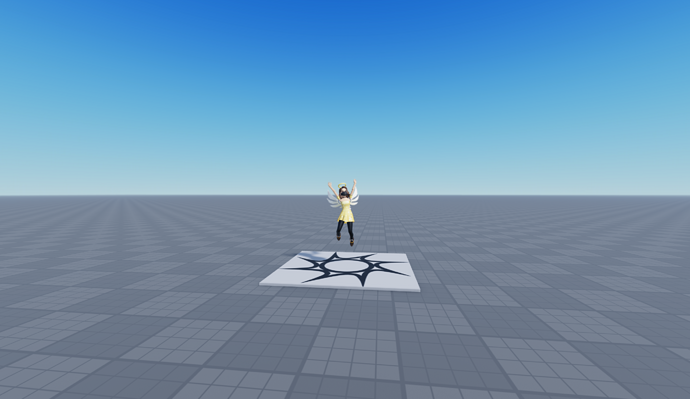 How can I use it?

If you’d like to try the new baseplate, open up studio, and you’ll see “Baseplate 2021” listed under the templates.

While everyone may have their personal preferences for how they like to start a project, consider how the baseplate serves as a starting point for all developers. We’d like to hear from you, please post feedback and let us know what you think!

This topic was automatically opened after 6 minutes.

Dang, I am going to miss the original baseplate. It is one of those little things in studio that you don’t pay attention to that much, but once it changes, it just feels different.

However, this new baseplate got me excited. Now you can measure parts more easily and scale things according to the grid. It also is a lot less dull than the old plastic baseplate.

I am also so pumped for the 2048x2048 size, it is much better than the small (512*512 I think) baseplate, and you can build even more without extending the baseplate.

Even though I will miss the old baseplate, this new baseplate will be even better than the last one, and I think I will use the new one from now on.

I’m glad this is here, I’ve been using a plugin to create this effect for some time now. As for this,

It would be nice for creators to mark specific places of their own as start places. Something like that would be really well received by the developer community.

This is cool, a nice remake for the baseplate, although I do enjoy the classic and times of using old baseplates or starter places that were once legacy and ways to boost my programming mood.

However, when will we have new templates, or have users like us developers import custom templates for newer developers to explore, configure, and make a game out of it, a good feature for developers. Here, is where ‘Powering Imagination’ starts.

Not much room for complaint! Not a complaint, however, it would be cool if we got to make our own templates, so we can configure the lighting, the texture of the baseplate and such.

I’m really excited to learn that additional lighting components will be included and think this is great for setting a future standard on the platform. The lighting engine Roblox offers is extremely undervalued when put to it’s full potential - the classic, default settings just aren’t that good.

Finally! I can’t wait to have to stop using those plugins to upgrade the baseplate! I’ve got to say the old baseplate will be missed

Absolutely stupendous. Roblox, you never fail to amaze me. 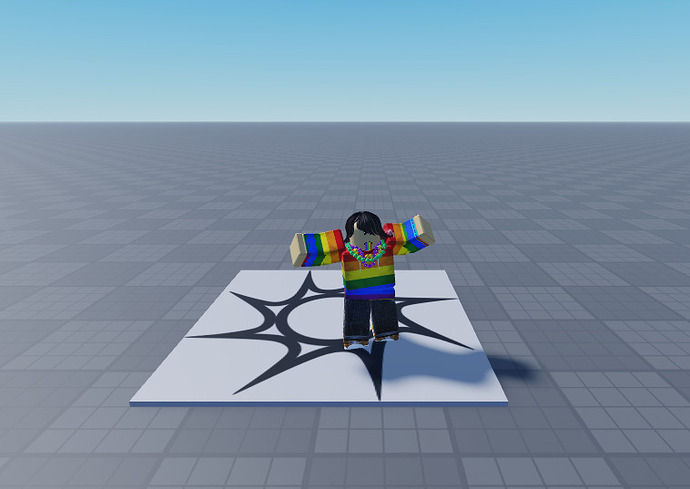 This new skybox is amazing. It is simple and useable in many circumstances, unlike the previous skybox which did not give the studio that “Ethereal” feel. This skybox is, as you described it, neutral- it feels like those sandbox games. Like the sky is limitless, because it is. The old skybox is outdated and people have tired of it. Glad this is in effect.

The one thing I would suggest is to make the lighting Future, because this is the future of Roblox, instead of the regular ShadowMap.

I’m glad Roblox is moving towards this. New developers, and ordinary people will see less of old Roblox and will, instead of believing that Roblox is all about this old, Lego style with studs and bumpy Baseplates- they will realize the potential this platform has. You can feel so much more imaginative if the area you’re working on too feels fresh and new.

If the very first thing you open up on a platform is a old style, no longer used brick- that would of course leave an odd impression. Roblox is striving for the future, for moving ahead, yet once you open a new place you get placed back in the early days. Perhaps this is one reason people hesitated to start developing- it looked so old, so unappealing. It looks clunky and strange to use because old programs tended to be too- and the icons remind users of such old programs.

Some of you may point out hypocrisy in my statement- that the terrain and part materials update was also an example of developers being forced to use a certain style. Nonsense- this update will not change the look of your builds or games in any way- only the point of view from the developer, and only with your discretion. You can change the look at any time. I see very little downsides to this change.

Perhaps this will present one step in the path to having Roblox be respected and not having the stigma of either being super old or not up to par with other programs. Roblox looks modern basically everywhere except for the place you make stuff in. This change is greatly needed.

Thank you so much.

This is cool, but I feel like the two places are separate, when I load a baseplate I want it from scratch, the chances are now that ill have to waste my time removing the changed lighting, and the baseplate itself. I use the baseplate to start off, making basics assets, then slowly move away. Ok update I guess.

It’d be cool if there could be a dark mode variant as well. For example, here’s my “init_dark” file that I always use as my ‘baseplate’ place: 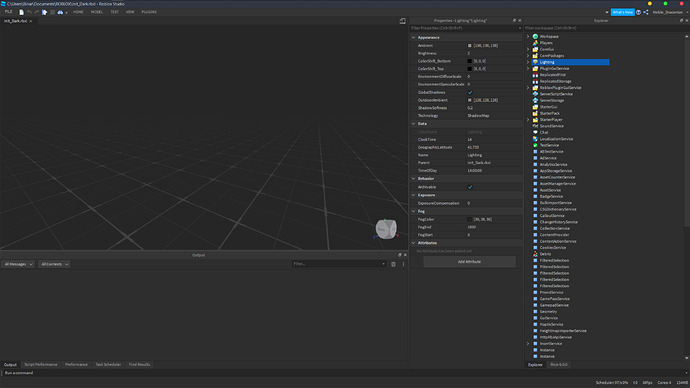 Woah, what?! You guys are changing the OG baseplate into the new 2021 baseplate? That looks amazing but I’m gonna miss the OG baseplate so much. But, I’m glad that we’re getting a better fresh version of a baseplate.

This looks super modern, feels good to see Roblox shedding a layer of crust. The grid texture is a lot more friendly than the stud surface, and the skybox reminds me of opening a new project in other game engines.

As an aside with respect to the skybox, it would be really awesome if Roblox could provide a library of built-in skyboxes somewhere. It’s super hard to discover nice skyboxes, and by changing it in the template, some new developers might not realize how to get to the good old cloudy sky, or how to find nice looking skyboxes for their games. With PBR being a huge step forward, nice skyboxes are critical for deciding the color tone of a game, and Roblox casts developers to the wolves with respect to this.

This looks really snazzy! I’d describe it as smooth and very fresh. The texture seems like it’ll be quite useful, too. The spawn location feels a bit big, but that’s my nostalgia talking. Good work!

In case anyone’s wondering, I made the new baseplate look like the old one and this is what I got. Almost looks like a compromise between the two. 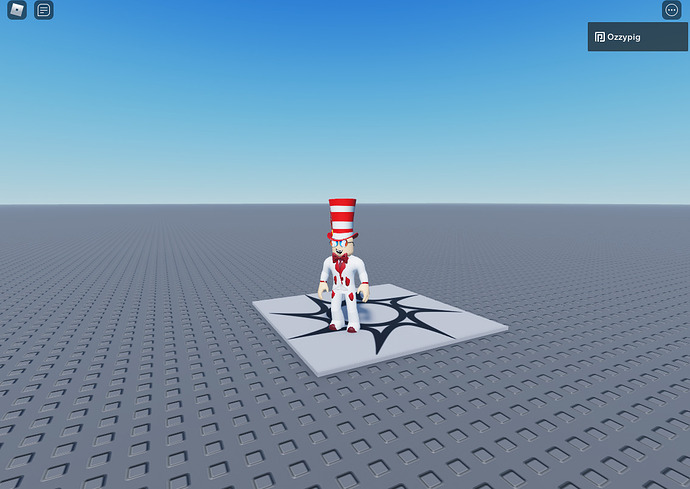 This will probably take some time to get used to but it’s a good starter template. I hope the classic baseplate won’t be replaced by this, I personally still like the old one but this new baseplate is great for new developers.

When I first opened the New tab in Studio it took a few moments to find the new baseplate. Could it be moved higher, maybe next to flat terrain and the classic baseplate?

A few days later, this was done. Thanks!

How do you have all those other, items.

This is really cool but I’m gonna miss the original. I believe that this newer one will help new developers/builders/modelers know where to start and to help build on a grid, as long as just look nice for being so simple. It’s gonna be hard letting go of the older baseplate but I sure think this will be much better for us.

I feel like this is one of those moments that sparks the next generation of developers, new template, new start, better start. Looks like I will be buying some shares for roblox now.

This is so much cleaner but yeah, I will miss the original.

I’m really excited about this new update. Although I will miss the old one, things come and go.