Considering you’ve joined my discord, I have no idea why you’ve posted it here. Please contact me there, as this was an unnecessary post.

I have returned and done another-

Too much stuff has been added in order to make this list short and understandable so I’ll just make a tl;dr;

there are a lot more changes but im not going to write them all down here. Check out my github (Listed in the top post) for the full modulescript and changes.

Thank you for that. I will absolutely use this, +follow.

Feel free to use the admin! If you have any issues, please contact me directly on Discord or Devforums. (Sorry for late response. I was too busy making a new update.)

since im not allowed to post every new update I’ll only post updates that are worth noting and stuff. Dev rel, if you see this, please let me know if at least this is allowed.

I have updated the admin to Build 68.
The most notable notes between 66 to 68 as of writing;

As for the desktop, progress has been steady, but I don’t feel like it’s ready to be published yet into the global version. However, new stuff is in for the R:A build of the desktop, which includes a folder where all of the applications will be shown at one place, without the need of running them from the terminal. 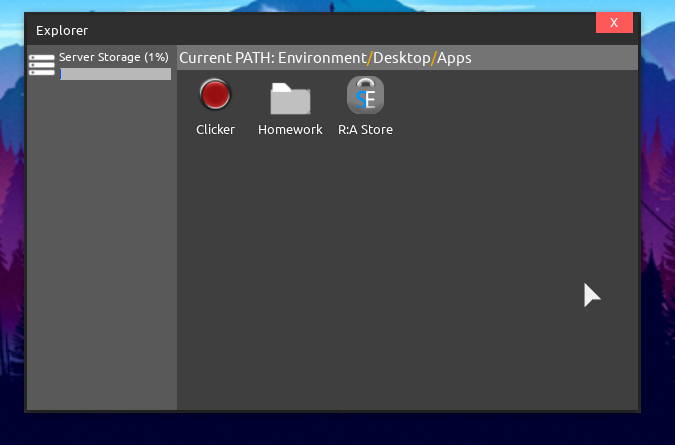 aka we are one step closer to having actual folders.

Sorry if bumping 47 days later is not allowed, but this is huge and I don’t want to create yet another thread because of an update.

I have just released Redefine:A version 4, and it contains a lot of changes and edits, including modular design and very easy environment customizations. Feel free to look around, and remember: This admin is actually good and was made for medium-sized games / groups, nothing more.

A lot of changes have occured recently with Redefine:A and DisplayNames have been added.
I’ll begin from the start.

For real though, I release updates very frequently and whenever I do I post them immediately in the Discord. Join it.

This is literally so incredible. Thank you so much for providing us with an incredible admin resource.

Is this still getting updates???

Yes, the admin is getting updates on a weekly basis. Sometimes daily when a lot of bugs are reported at once. In fact, new features are coming out as well. I have recently added an error log and Light Mode. 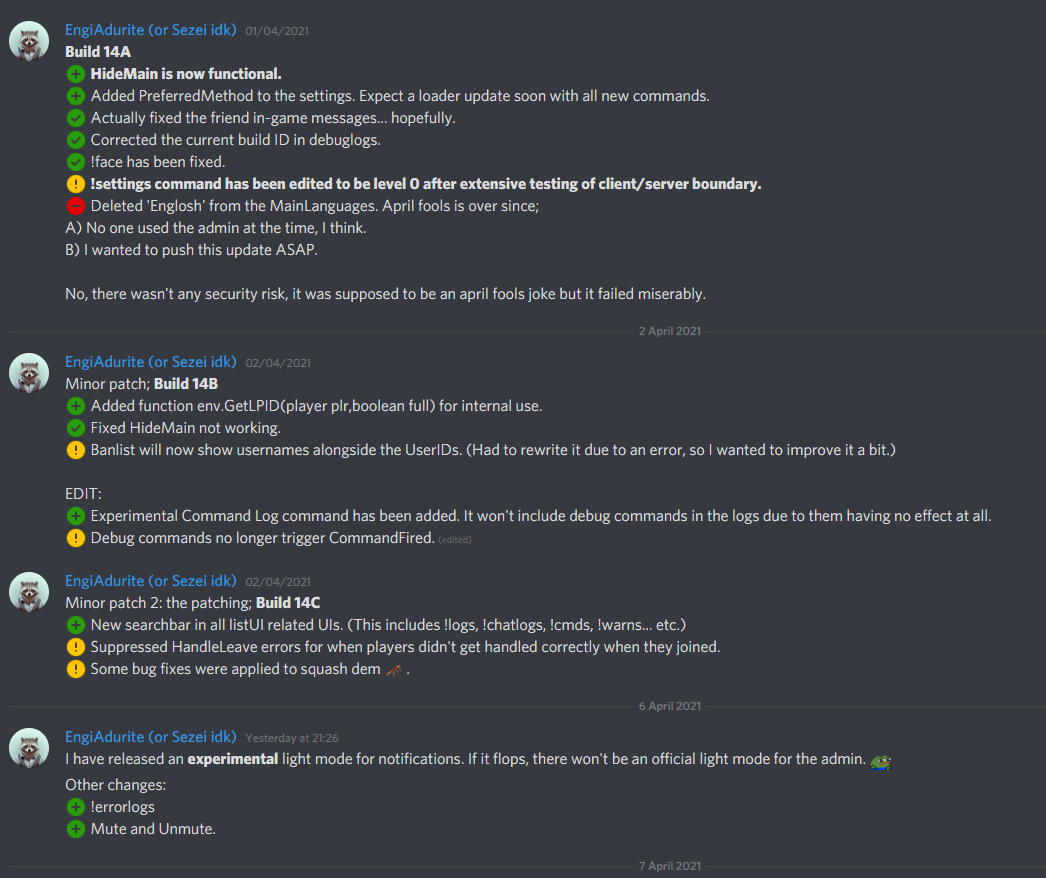 Can we change the prefix tho? Since I am not used to using the prefix Redefine uses

It’s actually very easy to change the prefix. Open the settings and find this part;

Change ! to anything you wish to be the prefix.

I recommend you to explore the settings a bit more, as there are more settings such as Preferred method, which allow you to change the admin handles arguments. (For example, SM (the default one) is based on SourceMod, and lets you target player groups by doing @all, @others, etc, while S (or Simple) will allow you to use the current method most other admins use to target groups, for example, all, others, etc..

Thanks I’m just dumb so

Sheesh, this will take a while to read since there were too many updates.
I’ll… uh… just make it into a spoiler for each major build. (tl;dr is included, so you don’t need to exercise by clicking the build changelogs)

Remember, you can join the discord server in order to get the updates before everyone else!

is this admin a computer or a admin ???

I am having a tough time answering that question lmao.
This admin is an admin I guess

Hello! Your admin is quite clean and is pretty funny when you mess with things like running superadmin on a root admin. It has the right balance of fun but not terribly abusable commands. Is it possible to set up a trello or discord ban list though? The current ban system is a little hard to manage timebans with, unless you want to straight-up permanently ban everyone that breaks a rule, or only issue server bans, you would have to set up another admin system along with it. Other then that I think it would work for a group game like I want and I appreciate someone setting something cool like this up for free, this deserves more attention and use.

Hey there. Yes, the admin is very much able to operate on Trello, Discord and any other services you might be able to use as long as you can run them on Roblox. (Again, it’s very modular and open source on top of that, meaning you can literally rewrite the whole admin to be something entirely else without even forking the module.)

As for the trello/discord direct integration, I can help you make one for your group while making it an available resource for everyone else at the same time. Feel free to join the R:A Discord so we can further discuss it from there.

Thanks for the quick response, I don’t have a verified phone number on the account currently and I am not sure I want to put it out there on many sites, this might seem like over thinking it but I just don’t want to get spam calls in case Discord’s info ever leaks which I realize probably won’t happen.