Here we go… PromptGamepassPurchase does not properly load the icon of the gamepass being prompted, it does not show the correct Robux balance after purchasing, it cannot detect that you’ve already purchased a gamepass and it does not fire a successful PromptGamePassPurchaseFinished event.

It somehow shows that I GAINED robux after buying a gamepass: 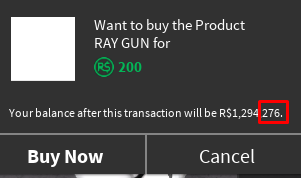 It does not register ownership!!:

This is the error given on the client every time a prompt comes up (THIS HAPPENS REGARDLESS OF WHETHER THE PROMPT WAS CALLED FROM SERVER OR CLIENT!):

Despite the confusing mess, it does actually charge the player and the gamepass is actually received, but neither the game nor the player is aware it happens after the transaction is completed.

edit: after purchasing a gamepass with PromptGamepassPurchase, it also appears at the very end of a player’s inventory for some reason, as if it were the first pass they ever bought.

11 Likes
PromptGamePassPurchaseFinished not working!
I don't want to use the gamepass services Roblox is offering, but I think I'm forced to
berezaa (Bereza) May 5, 2018, 7:43am #2

This is egregious. Gamepasses should not have been forcefully rolled onto the new system until everything was tested…

This is such a massive problem, I was helping @xuefei123 test his game and I’ve ended up buying the his pass 5 times to test and it seems like this new system is the problem.

thanks for the robux babe <3

Whenever I try calling PromptGamePassPurchaseFinished on MarketplaceService, the game pass Id variable returns as nil.
Whenever the game pass purchase is prompted, it calls the game pass a product, and the icon will not load!

Code I have used:

PromptGamePassPurchaseFinished was incorrectly not allowed to replicate in FE places. This was an oversight. This will be fixed in an upcoming release. I think it will be the next release actually.

I’m not sure about the status of the other issues listed.

GamePassService:PlayerHasPass caches… if this is the method used (versus MarketplaceService:UserOwnsGamePassAsync) then PromptGamepassPurchaseFinished may sometimes not work as intended.

Also, is there any status on this:

after purchasing a gamepass with PromptGamepassPurchase, it also appears at the very end of a player’s inventory for some reason, as if it were the first pass they ever bought.

This is a very weird bug that will confuse a lot of people if not fixed.

do you have a time estimate on when this will be fixed? it’s making new games which use this look bad, as players have to rejoin to obtain their game pass, and it allows them to buy the game pass again (which it doesn’t actually charge you)

A lot of the features work inconsistently, yeah

PromptGamePassPurchaseFinished definitely doesn’t work at all

I’m gonna have to delay a huge update release to my game simply due to this stuff. I tried working around it, but now allI can do is wait for this feature to be fixed/ released correctly.

Unfortunately it looks like the fix will go out on Tuesday night/Wednesday morning of next week. Sorry for the delay

They mentioned it might be fixed tomorrow or Wednesday.

I would like to add on a few questions & bugs

Continuing the discussion from [Live] Changes to Game Passes:

You can get the game pass ID the same way you would have gotten the asset ID before these changes. Go to the page of the game pass (one of the easiest ways is to click on the pass’s image in the store on your Game’s page) and check the URL.

In the old asset system, the URL would look something like:

Here is an example of how the URL will look in the new system:

They aren’t the same Item, which proves my point that it does not work atm.

It’s is a little bit complicated

Does not work for Assets, ONLY DevProducts
From The Wiki "The AssetId of the asset’s icon if it is a developer product, returns 0 otherwise."

I had to mention this because some thought that it works with Asset IDs, including me at first.

If the Gamepass does not have an Asset ID, then how can we display the Gamepass Image without uploading it as a decal?

To confirm, are there any more issues than those listed here?

The purchase event not firing (replicating to the server) should be the only game-breaking bug. It currently has a pending fix, but until then players can rejoin the game to register ownership. Other than that, AFAIK we only have display issues (icon, prompt not registering you already own it, warnings printed to output that don’t affect game).

You can be prompted to buy the pass (and lose R$) multiple times, it’s not just a visual bug

Please provide repro steps, game link, and gamepass link. I bought the gamepass in the OP multiple times and was only charged once.

GamePassService:PlayerHasPass caches… if this is the method used (versus MarketplaceService:UserOwnsGamePassAsync) then PromptGamepassPurchaseFinished may sometimes not work as intended.

–edit: double checked, it does use MarketplaceService:UserOwnsGamePassAsync.

It’s been over 3 months now and the images are still blank for me. On top of that, it’s impossible for me to test my game pass without spending money because UserOwnsGamePassAsync() returns false in studio while testing, even after I buy the game pass in there.

The latter is a pretty critical bug for me, and I’d love it if somebody could fix it soon. I don’t want to delay my game because I can’t test the game passes.

This is a bit late…

Don’t delay your game just because something does not work sometimes you have to make it work your own way.