No UI fragment should appear

After ending the test, a UI fragment appears on the screen until I open any other plugin

I’ve had this bug happen to me too, and it’s very easy to trigger. Press the button to start playing, then start spamming the stop button. If it’s done quick enough, that weird grey box will cover the viewport.

This didn’t happen in Studio’s older design, so it’s a new bug.

Hi thanks for the report. I can’t reproduce this issue on my end, can you provide a repro file for this? Thx!

Hey, it seems to happen randomly. When I turn my PC on and off, it fixes

Closing and reopening studio does not fix it when it occurs

I’m getting a similar bug, every single time I load up studio it loads up this, and it takes countless retries for me to finally get it fixed, and sometimes even then there’s a random UI fragment. 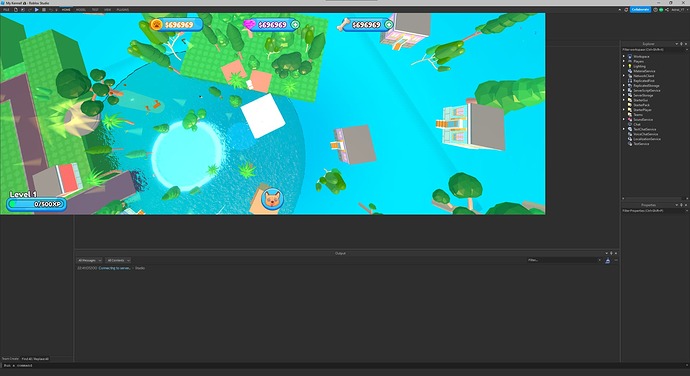 Here is a video example, seems to have happened since the snapping update.

Thanks for the report! We are aware of this one and have a fix coming asap.
Here are two ways to work around this bug for now:

This is an unrelated issue. Please remove your plugins and do a fresh re-install. If you continue to face this, you should post a separate bug report. Thanks!

Since this post has some traction and I have some studio UI related bugs as well (along with the OP’s issue with random UI’s popping up when starting a test, which is usually just a visual annoyance than a workflow breaker). I will post some UI bugs that I’m also running into.

considering this might be related to plugins I’m wondering if this is also related to a plugin issue? I would often get docking issues where my viewport gets completely separated from my studio and leaving my studio viewport completely grey.

I had to hover my mouse over the viewport in my task bar at the bottom to get this picture, I can’t actually open it since it just brings me to a blank studio viewport.

This particular case happened on startup, but happens sometimes when doing a local server test with multiple players.

This can also occasionally happen when trying to dock certain tabs, usually plugin widgets which is mainly why I’m suspecting that this might also be a plugin issue (The first time this happened was actually with the animation editor plugin just yesterday).

What I also noticed that started happening which gets kind of annoying is whenever I open a script that isn’t already opened, it opens in a very small tab undocked 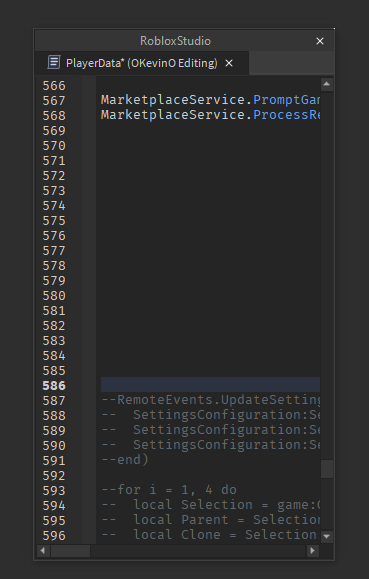 And very often when I open back up my studio session after having closed it, all my script tabs that I had kept open for my workflow have all been forcibly closed, and sometimes even reverting a few lines of code. This hasn’t been super serious yet but still cause for concern.

This heavily affects my workflow since I sometimes have to re-open studio several times to get it to load properly. Scripts forcibly closing is really annoying and breaks my setup every time and having my scripts open in a small box seems super unnecessary. I’m going to try and disable a few plugins that I suspect might be causing it but its still something I wanted to mention along with the other UI bugs.

Edit: I disabled all plugins that uses the Widget feature, at first my studio still had an undocked viewport that I couldn’t open but eventually I was able to open up my studio session as normal. So it does seem like this might also be a plugin related issue. The script opening as a box still sometimes happens.

The recent studio updates seem extremely unstable to me. My viewport randomly disappears, forcing me to restart studio, widgets will randomly become unresponsive and can’t be toggled on/off or interacted with, scripts are getting stuck on my screen, things like that. 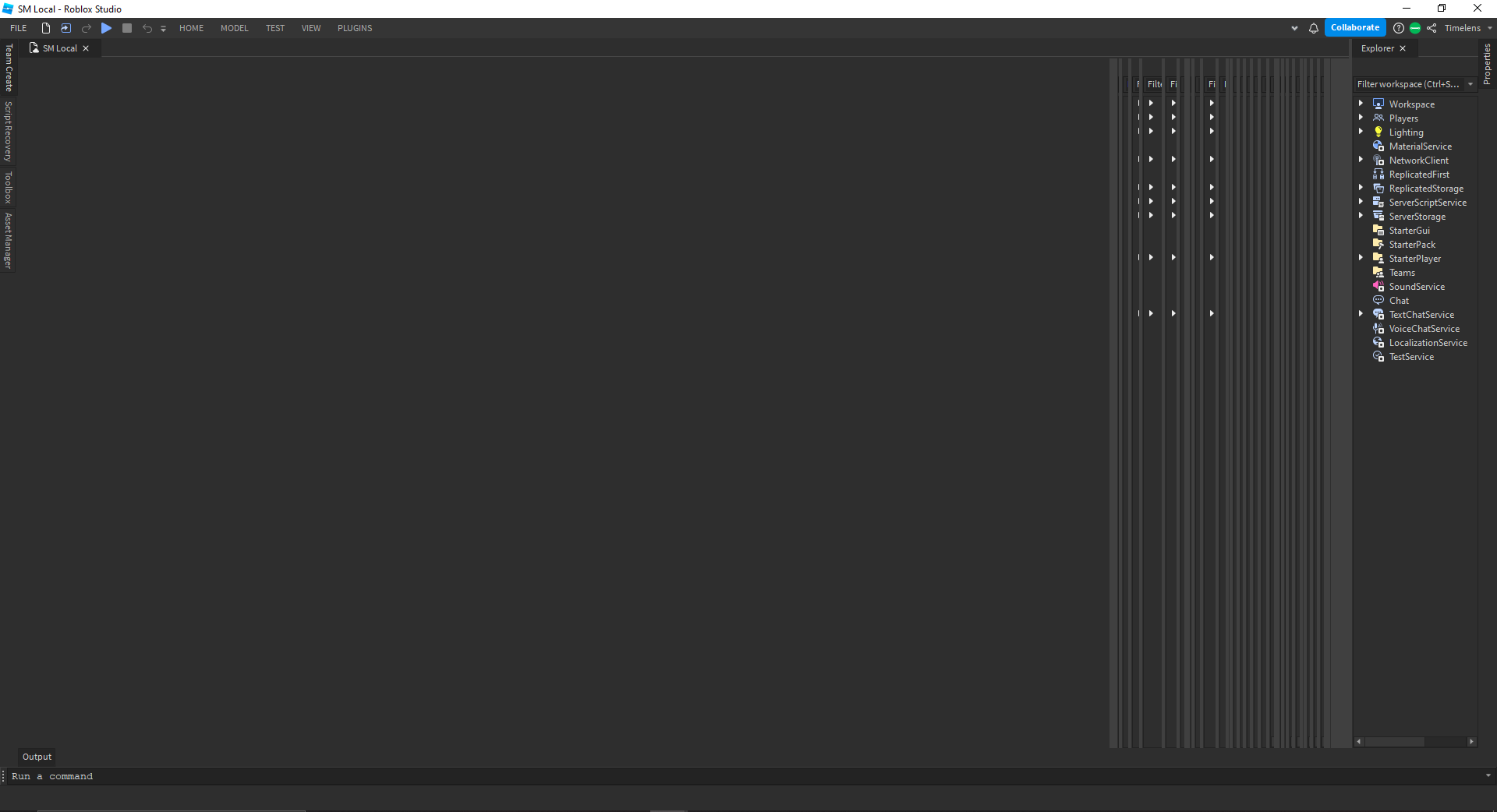 Also having UI fragments appearing whenever I open my studio, its very consistent and hard to get rid of 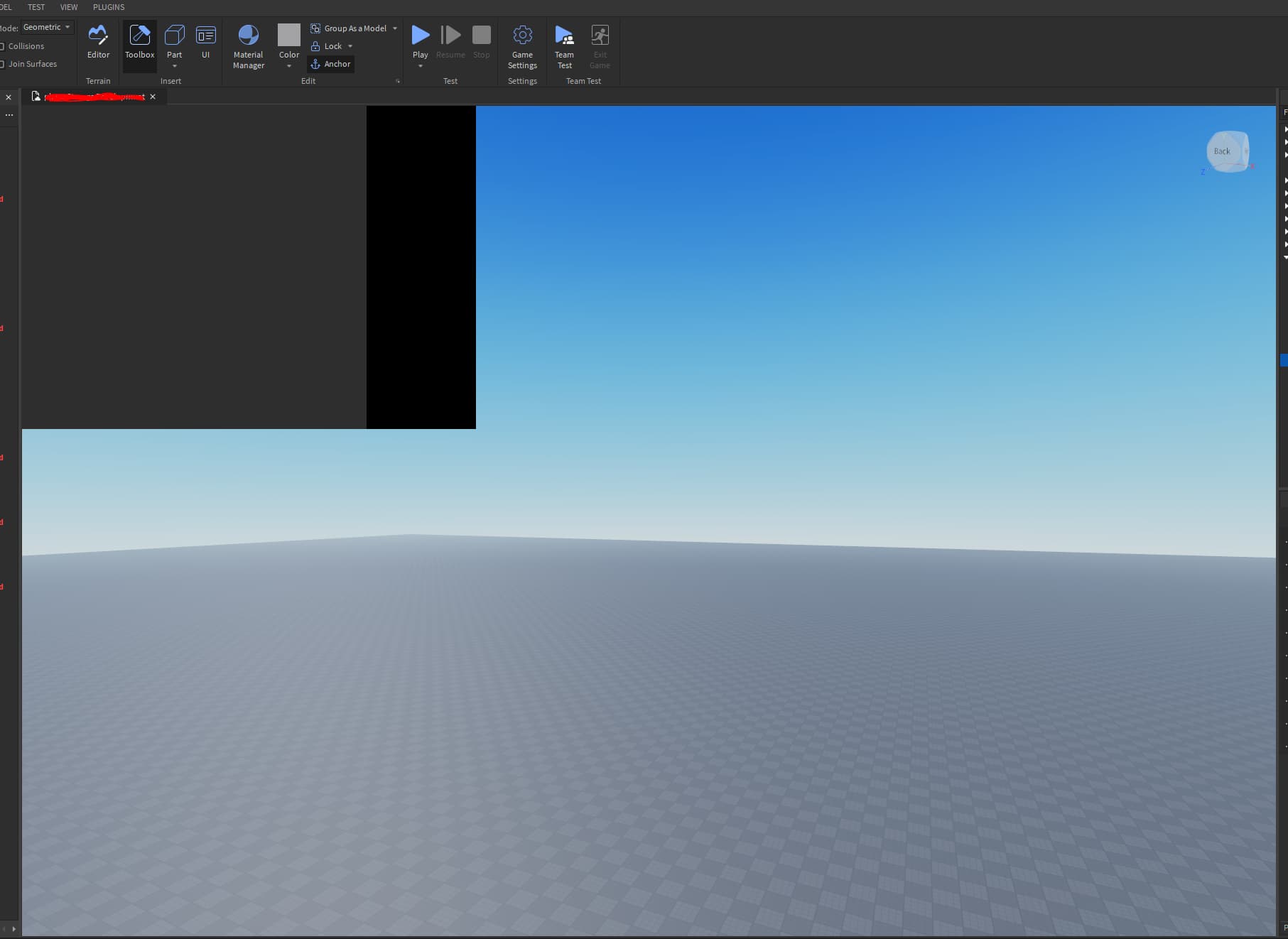 My viewport randomly disappears, forcing me to restart studio,

You don’t neeed to completely restart Studio, simply redocking the viewport should fix it

I have all of a sudden just started getting an issue where whenever I try to code in ROBLOX’s script editor, My cursor is offset from what I’m actually selecting, this is happening constantly.

It also opens another window of the script that actually actually works with my cursor, but its completely separate from the main studio.

This only happens if you redock the viewport, and it happens on any script I try to work on.

Offset with the editor:

image1038×454 18.3 KB
(the drawn arrow was roughly where my mouse was when I clicked, I couldn’t capture my actual mouse)

Another Note: When in the editor, if you have this issue it offsets entirely as long as your in the viewport, so you can end up clicking on the buttons at the top of studio.

Please post separate threads in the future. This will ensure staff will respond to you.

We are reviewing your issues, and I will post an update in this thread when it is resolved.

The thing is, I’m unable to. Whenever it happens the viewport is not interactable, just like the widgets which sometimes freeze. In the gif in your message, you still have your viewport. Every ~10-15 minutes or so, my viewport will disappear and I can’t do anything about it other than restart, which is becoming increasingly frustrating.

Hi @OKevinO @Timelens @Xepois We pushed an update. Can you do a reinstall, update, disable your plugins, and check if you continue to face issues?

Seems to be fixed now, thank you!

It also fixed an issue I was having like a month ago where the windows just wouldn’t save their docking position.

Also I didn’t post a separate thread on this because I thought this was a similar issue to what OP was experiencing, I will keep this in mind in the future!

Please DM me a list of plugins that are causing an issue for you. Thanks!