That’s the exact same problem I have. It happens when I open the InsertObject menu or press “what’s new” while I am editing a game. The only workaround at the moment is to invite an alternate account to the game you’re working on and use that until there is a solution in place.

I’m getting this exact issue too. It happened all of a sudden, and even after re-installing studio it continues to give me this error. Have you had any luck on resolving it?

It’s a missing .dll file. It you should be able to get it through Microsoft’s services. Just search the missing .dll file and it should show up. It is a different issue than what is present in this thread, however.

I forgot that Ctrl+I was a thing to do object browser. Let me add that to the bug report. I want to make sure that everyone I can is included in this post.

My studio also crashes while opening the InsertObject window.

So if I understand everyone is sounds like Studio is freezing. So you are not getting the dialog Studio has unexpectedly quit, but a completely unresponsive application.

Just as a precaution can someone attempt to disable all their plugins and verify the issue persists.

If anyone has time to try out the steps here How to post a Bug Report - #13 by Roblox to send me a dmp file via “How to generate dump files for freezes/hangs” that would be hugely helpful.

A short youtube video or screenshot of studio right before/after freeze would also be helpful.

For those missing dlls, this seems like a corrupt install. I would expect an uninstall reinstall to fix the issue, although it is concerning this is happening frequently. If the missing dll people could send me a screenshot of their studio app directory contents that would be useful.
This can be found if you right click on the Studio application shortcut under “Start In” there is a path to the executable folder.

I am getting exactly the same problem. Perhaps, missing .dll file and freezing in the studio are somehow related?

I seem to be having the same issue, but it’s not just for the object adding menu. Whenever I exit a script (and it gets committed as a result) studio just completely freezes and stops responding. My assumption is that the pop up UIs that would appear are causing this (like the object list and the the ones that says you are applying edits to a script in the bottom centre of your screen) This is making it literally impossible for me to do anything! There should be a way to remove yourself from this A/B testing group because I would like to be on a stable build, not an experimental one which I never opted into. I’ll be sending a dump file to the group PoshKiwi mentioned shortly.

I agree this seems oddly unstable even compared to other opt-in experimental features. How would crashing when you open the object browser and committing scripts even get past a simple test group? My only saving grace is I can use Rojo to keep working this afternoon without opening studio. Please fix soon.

I have been using a clean Roblox install for this, so it’s nothing to do with plugins. The widgets perma-freeze the application (sometimes even closing itself without a prompt, which is a crash) and there is no way around it apart from using an older version. At this point, I just want to go back to an older version so I can work on my games again.

I have gone through version after version after being opted into Studio betas to try to fix the problem to no avail. I just want to go back to a stable version until QA deems the new update good to go. It’s getting to a point where I am losing robux from how long I have had an update pending.

I am losing my patience with something like this. This update should have been an opt-in thing from the start.

This is the version I am on:

Btw, my alternate account I was using now has the update, so I can’t even use that anymore.

After reinstalling I still get the error. Unable to open studio. 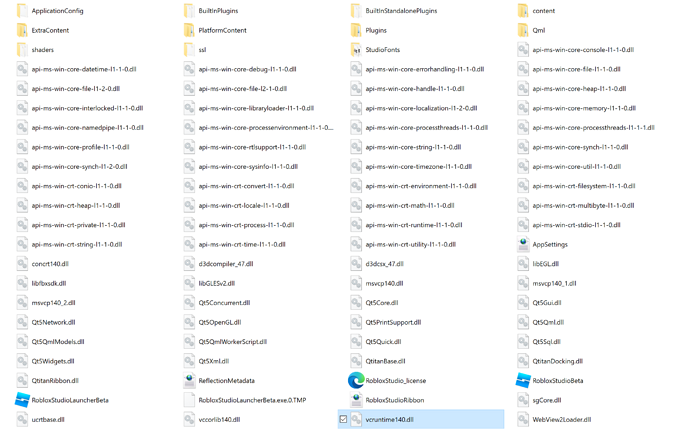 I suggest people who are talking about the .dll issue make a bug report as this is a separate issue from what this bug report is mentioning.

Yes, I resolved it. @hunterk1241 provided a link and I found the ‘all in one’ package in one of the posts. I extracted the downloaded file and executed the batch file. Studio worked again immediately after reinstalling it. I must caution you that the download comes from an unofficial source, so I’d recommend you run a series of scans first.

Direct link to the unofficial source of the ‘all-in-one’ package for the Microsoft Visual C++ Redistributable Runtime files.

However, this solution is for the DLL issue and not the issue mentioned by the OP.

That is not the issue I am dealing this. The issue is that Roblox Studio crashes when opening the object menu and not that Roblox Studio is unable to open due to an invalid .dll file. I already have that .dll file properly in Roblox.
Read above for more information in my original post.
I mentioned you above for the .dll fix along with your post.

I have uploaded a video to be able to share here what the issue is. I have also added this to the main post. 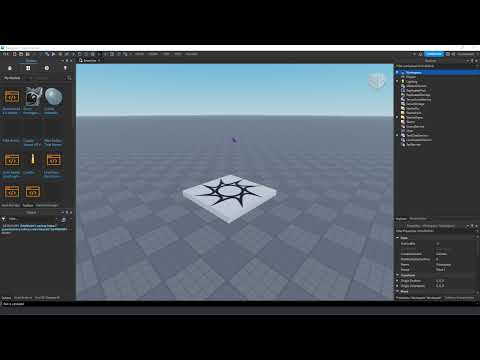 I am also getting the same issue. I don’t know what to do and this throws me completely off schedule. Whenever I do anything in this new version of studio, it basically crashes.

I had this issue yesterday, but this morning studio seems to work just fine. I’d try restarting your computer or reinstalling studio. I’m not sure what fixed it for me, but best of luck to you.