Hi there, I am Neil! I am a 17 year old enthusiastic and very creative developer, excited to create new & amazing games. I currently have 6 years of experience working on Roblox

→ All the work below is from a single game, entirely programmed by me. I’ll be adding in short gameplay examples of it as well very soon, or just contact me. But I can definitely show you 100+ more examples of work from the same game itself!

Gameplay Trailer of the previous game
Featuring all the Front End work, 5-6 visual effects and all the main features of the Game like Avatar Selector, Social media platform in-game, Reward Generators etc. 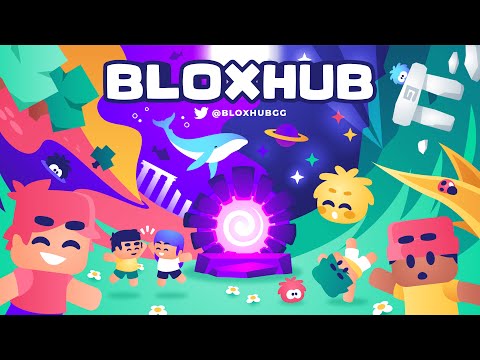 In-Game Screenshot & Video Recording
This works in connection with an external python rendering server, which technically is pretty cost effective for a large game, but was fun to turn this to reality.

Housing & Furniture System
A smooth furniture system, inspired a little bit from Adopt me as well. You are also able to add in multiple contributors with build access etc as well.

Mesh Rig Animation + Imported with Post Processing In-Game
A little crazy animation of a gift box opening up for an effect I made recently.

Adopt Me Styled Interior Service
Works with a responsive door theme, letting players know that the door is there for a reason, along with a informative Exit button.

Hello, Welcome to this tutorial! The tutorial is entirely devoted to Discord Webhooks and some examples of how to use them in your roblox game and take it to the next level. This is my first tutorial on roblox so I am open to any kind of suggestions about the tutorial. Anways Keep Scrolling down to keep learning…:slightly_smiling_face: NOTE: As Of October 2021, Discord has banned any webhook requests coming from the Roblox UserAgent, because it was getting highly abused and used for situations…

[EVERYTHING] Hello People! Today, after many days I thought to make a tutorial on Saving Player data from Roblox in MongoDB. If you want to know what MongoDB is read below ↓ About MongoDB MongoDB is an open source database management system (DBMS) that uses a document-oriented database model which supports various forms of data. It is one of numerous nonrelational database technologies which arose in the mid-2000s under the NoSQL banner for use in big data applications and other processing j…

[SUBSCRIBER] Hello guys! Ok, so how many of you had wanted to create subscriptions for your game, so that you can charge players a specific amount once and give them access to the Benefits of the Subscription for Specific time and then automatically make them expired when the time ends? Many people did, but many people found this hard. So we, built a module for everyone to create Subscriptions for their game! Bringing to you Subscriber! A Module that does all the work for creating, retrieving…

Hello, this module can help you connect to your MongoDB Datastore from Roblox, with nothing to do from your side, but just initializing the data for the client when they join. Note: As of September 2021, I have stopped maintaining this module. I won’t be able to assist you with any further issues or code that might break due to future updates. WHERE TO GET IT As I told earlier, you will need to get a Roblox Module & The Code for the NodeJS Web server to interact with the MongoDB API. There a…

I am available for Full time work currently & able to join immediately. I am based in IST, and available anytime from 8AM - 5PM IST for work.

You can contact me on the Talent Hub / Devforum / Discord.
@WaterJamesPlough
Discord: IAmNeil#6067

I give him a 10/10 Rating! I am so satisfied with his work. He scripted my game and it is so cool. He is a complete professional. I RECOMMEND HIM. Hire him for your game

Thanks, I hope we can work again soon.

Your discord isnt working for me Could you add me Sam,#1919

Sure I will add you in discord

I am interested in hiring you for a project. I sent you a friend request on disquord: blubberpug%8760

Hello! Your tag on Discord is not right, can you add me? Harmless_Sound#6196

Your discord seems to have changed. Could you reply with your updated user tag here, or add mine koke7777

Your discord isn’t working for me. My tag is Trillx#0427

Add me on discord Kristina#6666

Hello there, was wondering if you’re still open?

I currently need a gun system - a demo of how it should be created will be sent to you via DMs.

We have the UI, Visual Effects (VFX), models, and Sounds.

We would also like to hire you out for several other things. Looking forward to a reply!