As a Roblox developer, it is currently very unnecessarily difficult to create structures that require mass duplication of objects. For example, creating a tiled floor requires duplicating one tile and offsetting it from the original position to create adjacent tiles. Manually doing this seems very redundant because it is very repetitive. We all know, wherever there is repetition in the virtual world, automatic computations can always help, which is where the array modifier, inspired by Blender, comes in.

If you do not know, what it does on Blender is automatically duplicate objects in a given direction with a given offset (either position-wise or I believe rotation-wise as well).

Here are the controls for it:

Using this modifier, creating a brick wall and a giant cube, for example, is a lot easier: 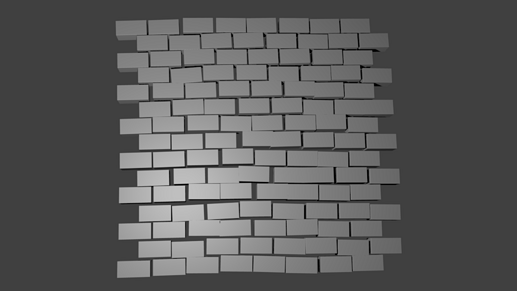 And of course, there are many other intricate (but, repetition-based) structures possible purely from fiddling around with the controls above.

What I expect if this feature does become reality:

This modifier would mainly be useful for the following creations (and many more, of course):

If this feature gets added, then it would improve my development experience because any repetition based structures (such as the use cases above) would be a lot faster to create since most of the creation would be done automatically. This addition would especially be useful for builders and map makers who value every second of their development time. As Roblox continues moving in the “modern” direction, user experience (whether developer or player) should always be taken into consideration and any changes that would drastically improve convenience should definitely be added.

Thank you for reading my request,
and have a great time!