it’s fixed in my game now, thanks

Apologies for the inconvenience, we’ll work to address these issues for you. Until then, the automatic size feature will be disabled for your game (FYI).

Has it been disabled for all games? Or just the ones provided above, as it is also causing frustration among my
players too. [UPDATE] Pacifico 2: Playground Town - Roblox 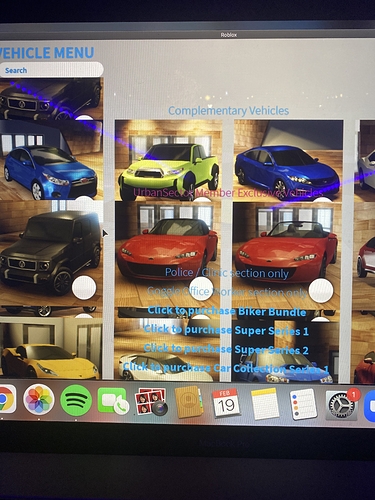 Hi @Collect1ve - apologies for the frustration and impact to your game. I’m looking into disabling this for your game now! Hopefully this will be resolved soon. I’ll update when this has been disabled for your game. Thank you for your patience!

Hi @Collect1ve - this should be resolved now. Please verify if the issue is still happening in your game - note that you may have to restart Roblox to see the flag settings take effect.

Again, apologies for the inconvenience! We’re working to resolve these remaining issues with Automatic Size.

Hi! Could you also disable it for our testing games? Much appreciation. (At least until it’s fixed)

Hey @Shawnyg - apologies for the inconvenience. I’ll work on getting AutomaticSize disabled for these two games today!

Hi @Shawnyg - automatic size has been disabled for the games you listed. Please verify that functionality is working as expected!

Thank you for your patience!

Yep, all good now! Thanks again.

This is an elegant way to instantly display changes to the developer, without any plugins needed, and without having to run the game every time. Although many other attributes (such as style) may not instantly take effect, one of the key aspects of UI design to perfect (in my opinion) is composition. If you have an incorrect scaling value, bad positioning, or a wonky padding, it can make your UIs feel cramped and unprofessional in an instant.

Under normal circumstances (assuming everything about the appearance is implemented on the scripting side), the developer would have to playtest their game to see every change they made. If your place is more than a barren baseplate and/or you have slower hardware, you can waste precious seconds of your life waiting for Studio to behave. A normal playtest can take anywhere from 5–10, even 15 seconds to load!

With the addition of AutomaticSize, this finally becomes possible! Right?

However, there’s a problem

So, what went wrong?

This baby relies entirely on AutomaticSize to hold its shape. It kinda works, until you click on it. Things get taboo from there. This is because two main components, namely the shadow and ripple, both extend out of the button’s bounds: The shadow always remains slightly larger than the button’s hitbox, causing the parent to compensate while also off-centering itself. The ripple, using Scale as its sizing mechanism, causes the size to recursively multiply, quickly creating an appendage that pierces through the fabric of spacetime.

As it stands, there’s currently no way to exclude these objects from influencing their parents’ size. This was quite unfortunate when I’d found out, as this feature has the potential to be a massive QoL improvement. Seriously! This is a game-changer.

However, I’ve got an idea:

Instead of AutomaticSize being a property of GuiObject, why not turn it into a UI constraint? This has a couple added benefits, such as:

UI constraints are physical objects in the game hierarchy. This makes them more hands-on; easier to work with. Instead of scrolling through every property of a GuiObject, you can quickly spot a stray UIAutomaticSize in your explorer.

Whether children of children should influence the size of the parent, or in other words, whether the bounding box of each child will respect their descendants or not. Small performance benefit most of the time, but could massively help when (potentially) thousands of GUIs are parented to an automatically-sized object.

When true, any children using Scale as their sizing method will not influence the final size, and instead will use the final size to determine their own size proportionally. Helps defend against the recursive nature of using it.

The most critical part. As you may or may not know, you can use folders to blacklist certain objects from the effects of a UI constraint, as shown here:

Intentional or not, this is a handy quirk that allows one to hide certain objects while (generally) keeping the hierarchy intact. GUIs parented to folders are still influenced by the folder’s parent as you would expect, but are not influenced by UI constraints.

This quirk alone would solve both of my problems: I could simply parent my ripple + shadow to its own folder, then the constraint would treat it like it wasn’t there. This would preserve the physical bounding box of my button, while allowing for things to exceed it visually.

Overall, I’m very pleased with this feature. At the very least, I no longer need TextService to automatically size my TextLabels, which in itself is a massive step in the right direction. Anything not too complex can easily find a way to use AutomaticSize, which is what I love about it.

However, for those who want to go above and beyond, or generally want to use (and abuse) this feature to the fullest extent possible, it lacks the very fundamental capability of ignoring certain objects. I hope this can be resolved one way or another, and I seriously look forward to using this feature as a daily driver in my UI-designing extravaganza.

Been having nothing but issues with this feature. It just… doesn’t scale UI elements properly. Especially text. 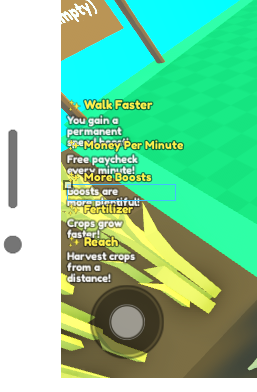 Most recent example. As you can see, the bounds just do NOT fit the text.

Edit:
Also having this issue. A lot. Text will just be completely scrunched up and unreadable. Happens a good 20% of the time.

is it working now, Is it under maintenance?

Hi @ee0w - thank you for the detailed feedback and the suggestion! I’ve heard several suggestions from devs to introduce a size constraint that, when parented to a GuiObject, will be omitted from AutomaticSize calculations. Do you think something like that might help with your use case?

Hi @BuildIntoGames - would you be able to recreate this issue in a place file and attach?

Hi @virtuaLsc - the feature has some known issues associated with it that are actively being resolved. The known issues are listed here, however, some new issues have been reported since that list was created:

What is Automatic Size? Automatic Size is a property that can be applied to any UI object. It is used to automatically size parent UI objects based on the size of its descendants. By applying this property, you can dynamically add text and other content to a UI object at edit or run time, and the size will adjust to fit that content. Automatic Size is particularly useful for UI that’s driven by dynamic content. Documentation For additional details on how to use AutomaticSize with your UI, pleas…

I’ll look into starting a new thread or perhaps updating the original thread.

It was a very nice feature for me, I look forward to soon release sorry about my bad english

Everything was very good, as in the video I shared above.
But today I realized that this is not working.
it does not automatically grow when a new post arrives.
I am fixing the problem by turning the ClipsDescendants feature in textlabel on and off.
I’m sorry for my bad english.

Happened here also. There’s some weird UI scaling and I literally have no idea why, because sometimes it’ll work on those devices, and sometimes it won’t.

Hi @virtuaLsc - if you can attach a place file that reproduces the issue, that would be great!