This has already been announced a long time ago (Deprecating Legacy CSG System), but it’s finally time to let go of the legacy CSG system (CSG V1).

CSG V1 will be deprecated on March 31

After March 31, you will no longer have access to our legacy CSG V1 system and we will automatically switch you over to the new system when you launch Roblox Studio. Any new operation or edit to an existing CSG part will use either V2 or V3 engine. However, we will not be modifying any existing, published places that contain CSG V1 models.

We recommend that you upgrade to CSG V3 as soon as possible and to let us know if there are any issues which prevent you from using CSG V2 or V3.

Here is a list of a few pain points that were already reported:

We welcome any feedback and will strive to make that transition as smooth as possible.

I have a published place containing CSG V1 models. What should I do?

I am still using CSG V1. What are my options?

No, you should be able to separate unions with any of the newer engines: V2 or V3.
If you encounter any issues, please tell us and if possible share the model with us so that we can investigate.

If CSGV3 brings about issues with editing CSGV1 unions, should we come to this thread and report our problems for further improvements to the V3 engine?

Yes, report any issues related to editing CSG V1 unions in this post. Thanks 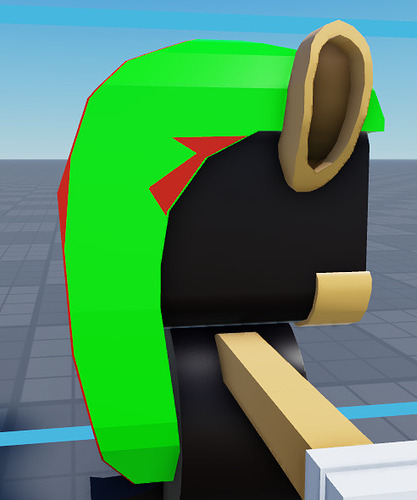 It’s certainly better than it was, but forwards compatibility still seems a bit limited. You can see here that there’s still some offsets with the reunioned versions of these (the green ones are V3). It’s especially noticeable on the first example, where there seems to be a missing bevel.

One thing that I’m noticing as a common trend with these messy unions is that cylinders don’t play nicely with V2/V3 at all. They seem to get rotated in a different way and as a result, things don’t line up quite right. 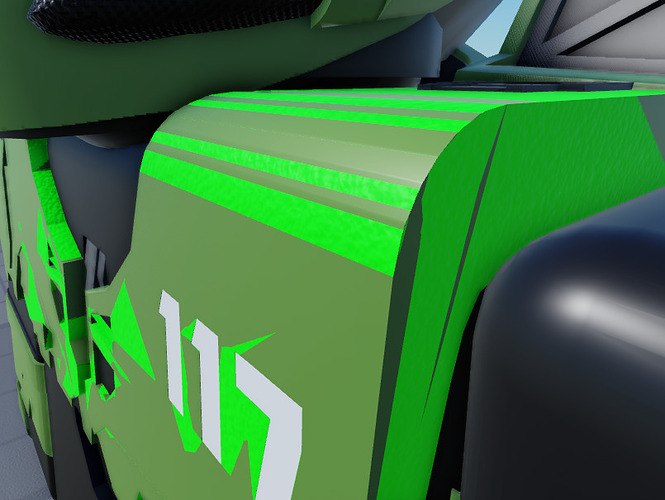 You can see on the Sonic head that the spines don’t line up, and you can see on this chestplate that the top part (which is a cylinder) isn’t lining up right either. You can see it again here on this jacket union I made in October.

Additionally on the chestplate, that bug with the line showing up still happens.

It also seems to happen with spheres/sphere meshes, you can see some pretty clear deviation from the original shape here. 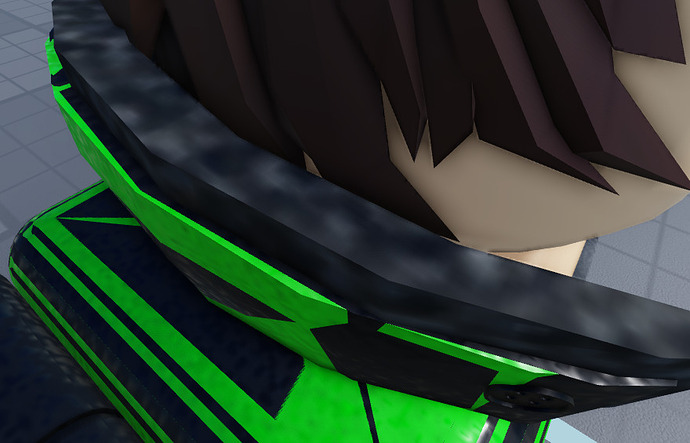 For the most-part, besides the cylinder/sphere mesh unions, I haven’t had many issues with re-unioning these, and they seem to retain the correct shape. However, it seems to be really finnicky, because it works fine on this jacket, but on models like my Sonic head and Mighty shell, there’s noticeably more deviation, which doesn’t really make sense because they were both made in V1.

I wouldn’t mind if there was an easy way to properly convert older models to V3, but because of some of these, that could prove to be a bit of an undertaking. I really think the most egregious of these problems is the missing bevel on the shell union and the lack of proper positioning for cylinders/spheres, which is critical for some precise models. I strongly advise trying to get that fixed before the removal of V1, since the spheres will particularly effect higher level builders trying to create high detail models.

Edit: I have no idea what happened here, but I separated and re-unioned with V3 and got this.

Yes there are still slight differences we are working hard on fixing.
We did fix one bug recently (in V3) that is responsible for slight differences when separating then re-unioning V1 parts. It’s not yet available in Studio but I will update this thread once it is.
It’s possible it will fix some of the issues listed above. However I think errors more specifically related to spheres and cylinders are of a different nature. I still have to work on these but I believe we should be able to fix those too.

Oh, that’s great actually. I thought the version in Studio right now was the updated one, so that puts me at ease a bit. I’ll give these another go once that fix gets pushed, and I’ll report back what I find.

Thank you again for all your hard work on V3.

Hey can someone explain to me what CSG is?

It’s the system you’re using when you select multiple parts and right click → Union / Negate to form a composite part out of those parts.

It stands for Constructive Solid Geometry, it’s basically building a complex 3D object by adding / subtracting different parts from each other.

On a real note, do I have to use some sort of toggle (e.g beta materials) to enable csg v3?

Yes CSG V3 can be enabled by selecting it the list of beta features (Studio File / Beta Features / CSG Version 3).

How big is the performance difference between a CSG part and a mesh part created in Blender for example? All the CSG parts I’ve worked with so far have significantly more vertices than well created 3D objects.

That’s a difficult question. We have been trying to improve the CSG parts’ size and I believe there’s still some improvement possible. However is it possible to optimize the vertices count to achieve the same visual result? Sure. Would the difference be that significant? It shouldn’t be.

So if you find examples of CSG parts that exhibit way more vertices than a custom mesh, let me know and I will be happy to discuss with you about the options we have. Thanks

Are there any significant changes between CSG V1 to CSG V3?

CSG V3 is more robust than V1. It is based on the same core technology as V2 but optimized to get better performances.

It’s a complex building service, it allows you to make things that you couldn’t do with normal BaseParts easily.

(or at least i believe so from looking at this thread)