Developer Spotlight: The Developers Behind the Featured Games (October 2018) 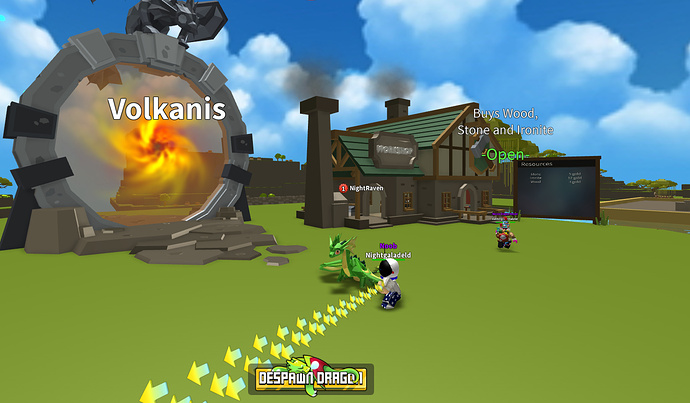 We’re back with another Featured Games spotlight! If you haven’t already played the games in the Featured list this week, be sure to head over to the Games page on Roblox and explore the list for what could be your next favorite game!

This week, we focused on three main questions for the Featured Games developers: promotional strategies they used before getting featured, Roblox features they felt had the greatest impact on their games, and what they learned from the Featured Games program. Let’s dive in and take a deeper look!

Some, like @Space_Baa and @Logan041859, never ran ads; while @TheRings0FSaturn, @Stormcell, and @TheLegendOfPyro all purchased ads when their games launched to build hype and awareness, as well as during other key development points after shipping.

Then you have developers like @MoNaYLeviathan and @zZGalaxySolarManZz who ran advertisements for their games on an ongoing basis before getting featured. MoNaYLeviathan told us, “I ran several waves of advertisements… My advice is, if you have any way to attract players for testing before featuring, then do so. You never know what bugs could be uncovered.”

Roblox Features
At Roblox, we’re always striving to improve the features that you, the developers, use when creating your games. And it’s always interesting to learn which features developers use to make their games, especially those selected for the featuring program. To this end, we asked the developers about which single feature they felt had the greatest positive impact on their game. Their responses ranged widely, perhaps unsurprisingly, for a variety of reasons! Here’s what they said:

For TheRings0fSaturn it was LinkedSources, which proved incredibly useful in keeping his code consistent across different levels in a multi-place system. (No easy task!) Meanwhile, zZGalaxySolarManZz chose the matchmaking feature as it made it far easier for him to teleport players to servers when games are about to begin.

Both Space_Baa and DarkContinuum added features to their games that made them more aesthetically pleasing: Space_Baa added TweenService and DarkContinuum made use of lighting effects. MoNaYLeviathan also referenced Beams as a key component in creating the flowing lava and high drifting clouds in his game.

Logan041859 emphasized how essential Datastores are while Stormcell went old school with his choice, the Roblox physics engine that he often leveraged to great effect for his game, Ball Blast. TheLegendOfPyro cast his vote for the free model scripts out of the toolbox. Lastly, but certainly not least…ly, i_eetANts underscored the importance of BodyMovers class, specifically BodyVelocity and BodyForce, for his game.

One key takeaway, provided by Stormcell, especially stood out: “Be prepared to be slapped with a tidal wave of players. Up until my game was featured, I hadn’t had a game on the front page since 2008, and there were a lot less people required to get to the front page at that time. Make sure you test your game for bugs with the fullest server you can muster to find anything that could be a problem when the masses come. It’s also helpful to have internal tools you can use to manage the servers and population. One of my favorite tools is the DataStore Editor by @Crazyman32. It allows me to personally check and manage player’s data which is useful in endless ways. Just be careful you don’t accidentally wipe their data!”

That’s it for this week’s Featured Games spotlight!

Having my game on featured has done wonders for me. Thanks for the opportunity <3