This is complete remake of the original Rainbow Magic Carpet, featuring a new look, tweaked control scheme, and a dash mechanic.

This is just the beginning of a whole series, so let me know if there are any gears you want to see reimagined! 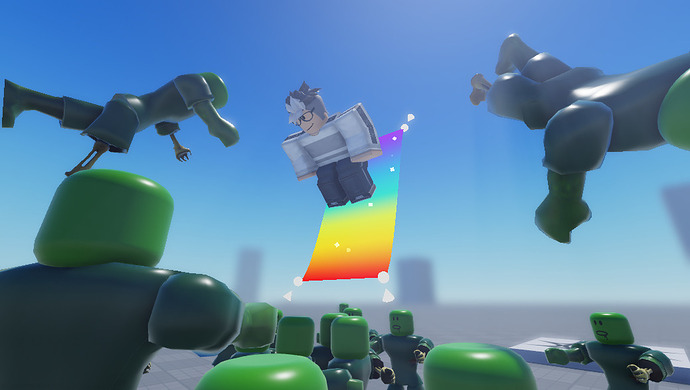 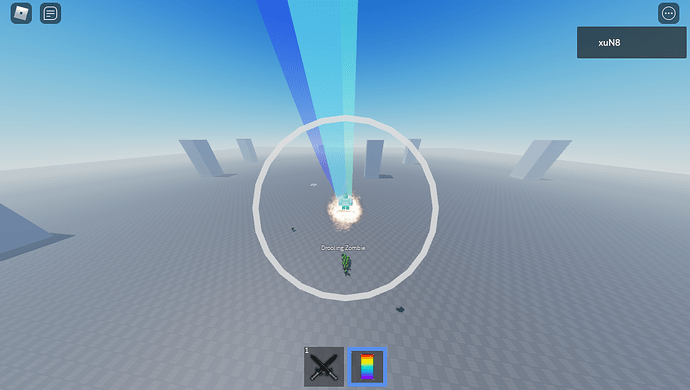 This is amazing, its awesome that the community is remastering gears!

I’d have the player sitting on the carpet with the legs spread out and have a cool down bar for the speed boost.

this is better than the real one

the real one to be clear

Great Item. A Special Ability with the carpet actually sitting instead of holding it and the rainbow looking way more nicer. Love this! Great work!

It looks amazing. Can I use it in my upcoming game? Is credit required?

Now this is the side of the developer forum I have missed!

Does this work on mobile? Like is there support for controls for players on Mobile?

Edit: Just skimmed through the code and it looks like there is! Props! But might I suggest using ContextActionService for the sonic boom?

Wow this is great!

Make like a boost when you make the max speed

Yeah, feel free to use it however you’d like. No need to credit me unless you want to.

Hmm, definitely worth a try. That should make sonic boom a little easier to use on mobile.

Grapple hook remaster next would be pretty cool.

It would be cool if you could remaster or fix the dual swords of Roblox since they seem to be broken!

If you’re interested, here’s a fixed version I found that behaves exactly like the original.
https://www.roblox.com/library/5199151995/Grapple-Hook-R15-FilteringEnabled
I’ll try to put my own spin on it once I get around to making one myself.

Could you give me a link to the Dual Swords of Roblox? I can’t seem to find it.

Yes, here is the Dual Darkharts!

how was the rainbow carpet buggy?

I fixed it. Take a look here.

but i wanna know how was it buggy?

I found a bug in this gear. When the character dies while using the boost the CameraShake sometimes remains.