Local Asset Manager is a file importing tool. It allows you to create temporary assets that you can use in your games. (Without uploading said files to Roblox’s servers.) Currently you can import: Images, Audio Files, Text Files and Roblox Model Files. You can also import Mesh Files and Video Files, however those files are not guaranteed to work as intended. 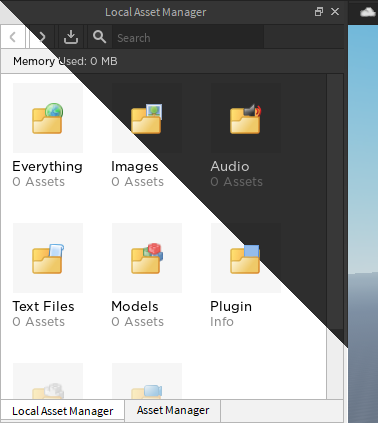 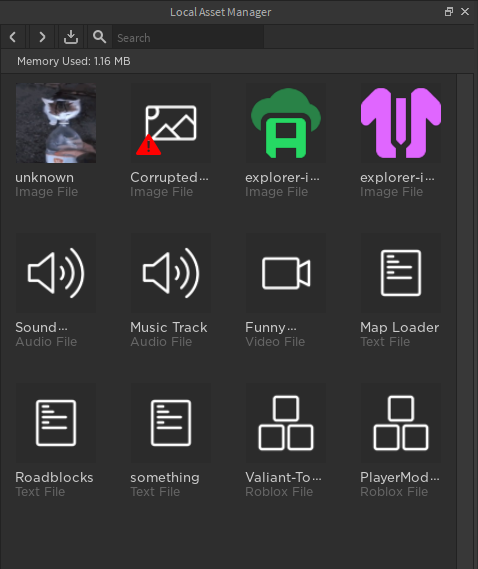 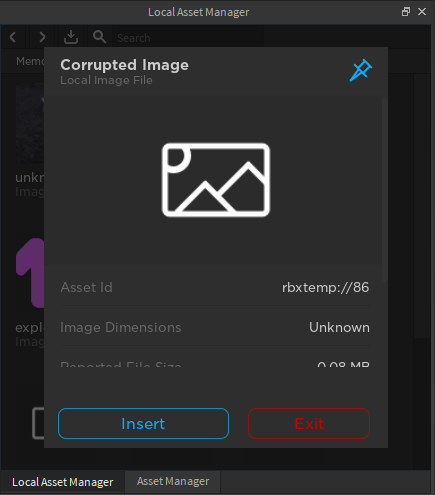 To get this plugin to work, you will have to install it first!

If you want, you can set up plugin shortcuts in the Customize Shortcuts... menu.

To check all the available shortcut options go to FILE > Advanced > Customize Shortcuts...

Sometimes, some assets might fail to import correctly, you will be prompted a message when that happens. A good thing to know is that if you switch file extensions just by changing the extension name (and not by converting it normally) you might end up with a corrupted file.

Wait, you can upload audio? Nc. Idrc if it’s local but it will be incredibly useful for me.

Yes! You can upload audio files to the plugin! Along audio files, you can import images, models and text files. (You can also import Video Files and Meshes, but those don’t work at the moment.)

Hello! I was using this to test audio and I believe audio imported via this plugin can only be heard in edit mode. It gives me “error 46” when the sounds load in an actual playtest.
Any idea what the cause of this issue might be, and whether it could be fixed?

. But why use this over the built in Asset Manager?

In case you want to test clothing you created without having to pay and risk moderation action.

I’ve known about this issue for some time, however, I am not sure what the problem might be.
After testing the Studio functions that allow plugins to import files, I think that this might be an issue for all imported audio clips.

In the near future, I might attempt to try to find a way to fix this, however, if this ends up as being a problem on Studio’s end I might not be able to fix it.