Help and Feedback Creations Feedback
development
NickIsANuke (NickIsANuke) May 20, 2022, 3:05am #1

Hello there, I’m @NickIsANuke. I’ve decided to start a new game, which will be a city builder combining aspects of multiple games. With that, I hope to start posting weekly devlogs. This is the first installment of my new weekly (hopefully) devlog series.

I started work on the game last Thursday, when I imported a placement system from a previous project. It needed a bit of touching up to work, but I got it working. 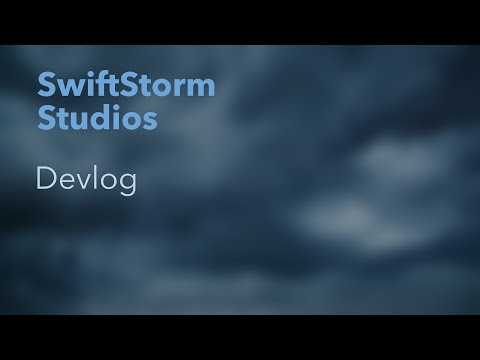 However, this isn’t really the scale I’m looking for, so I spent Friday evening polishing up the roads from Roblox’s “City Roads” pack and dropping those into the game as well.

There were some alignment issues. I fixed those later on.

Next, I spent most of Sunday getting those aligned and adding in buildings from Roblox’s “Synty City Pack.”

And after working on and off throughout the week, I managed to make a new UI for the game and got the placement system in a useable state.

This was my first devlog, so let me know what you thought! Eventually, I plan to build up a team and the quality of the building and UI may improve, but for right now I’m comfortable where I’m at. In the future, all of the buildings and probably UI too will change. I’m excited to start this new chapter in my development journey.

I’ve discovered a gem hidden in the DevForum Algorithm. I really like this topic, You seem to be getting right into things. I think you should continue this, if you had already scrapped it.

SwiftStorm Studios - 2022 On May 12, 2022, I decided to start a new chapter of my development journey by making a new project, a city-builder, on my group, SwiftStorm Studios. Eventually, I hope to form a team and create a high-quality, fresh city-builder game for Roblox. We’ll just have to see how this plays out. So, here it is: Devlogs Devlog 1 - May 20: *This topic will be constantly updated with the latest devlogs. — Links — Discord Server: SwiftStorm Studios Roblox Group: SwiftSto…

Aaaaaand that’s as far as I got with this project. My friends reminded me that a few moths ago, I promised to make a railroad game with them. I decided that that project was more meaningful to me than this one, and that ultimately working with trusted friends would be better than a team of people I didn’t know IRL from the internet or going solo. Kinda disappointing, I know, but I think ultimately that project is the better decision.

Basically I was struggling with a bit of lack of motivation, and then my friends invited me to make a game with them, so I decided to put this project down and work on that. We’d actually been planning that game for a while, we just didn’t know when we would do it. And honestly, in the past week I’ve done more on that project than I did in the month-long timespan of this one. After we release that game, probably some point in the fall, I may revisit this project.

I may be able to even use the skills I’ve learned from that game to make this one even better.