We have just released a new technical demo for you to try - City People Cars! This experience features a bustling city that was built using a realistic art style which uses highly detailed assets with PBR textures and surface appearance enabled

If you want to give it a try, you can play it here: City People Cars - Roblox


In addition to releasing the template, we will also be making all of the main art assets used to build CPC available in the near future as endorsed model packs so you can easily build your own city and forest areas!

We hope you enjoy exploring the city and can’t wait to see what you build from it!

This topic was automatically opened after 16 minutes.

This is a pretty fun demo!

However, there does appear to be memory leaks somewhere.
I started the game with 120 FPS, and when I left I had 50 FPS.

Checking the memory showed it was always rising.

this looks pretty amazing but was I supposed to experience cars or shooting people in the game.

It was very well done. I was amazed how realistic it was. The humanoids sometimes glitch though.

Glad to finally see my vehicle babies being put to good use, they grow up so fast

On a serious note great job to the team! The NPC’s do seem to run a bit slow though. 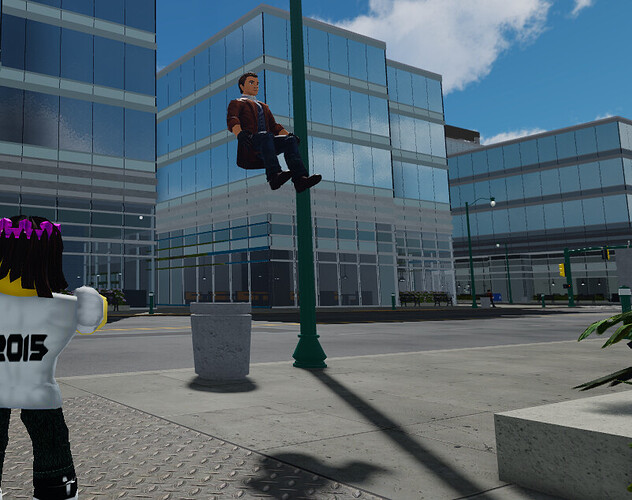 This demo looks amazing since there is so many things to explore. 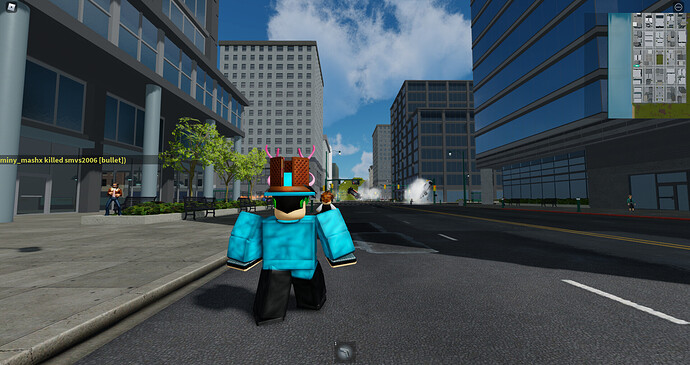 This is amazing! Everything is very high quality and the game runs surprisingly well. 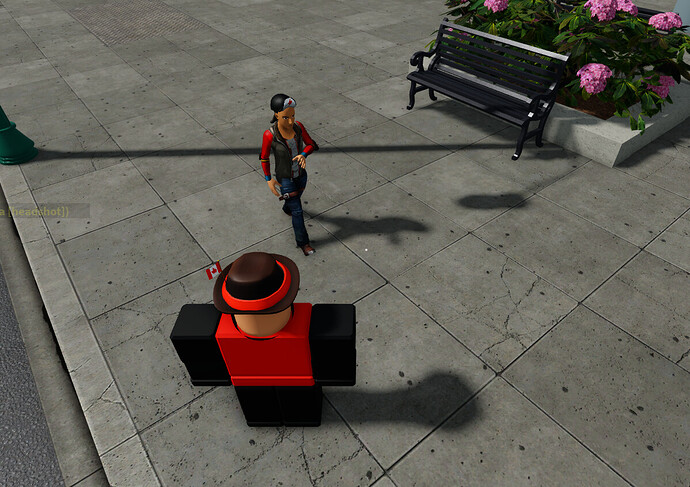 This is a bit glitched: 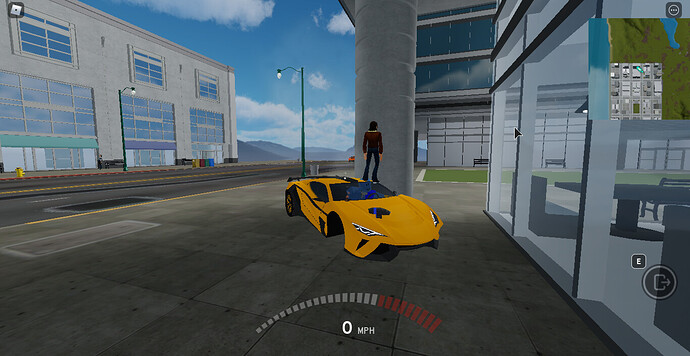 Edit (Set on Automatic Graphics)
I tried again, with graphics on auto, and apparently a server that was mostly empty (I only saw one other player in game with me, and I was not shot at, not even once)

My loading time seemed greatly reduced, about 1 minute to loose all the grey parts.
No cars zipping by, but that is because there were npc’s driving them. So I was actually able to get inside a car, after pressing E about 5 times and having an entire npc crowd gather, as more tried to get in the car, which brings me to the Cars

Cars: Wonderful when driving. A super smooth experience, handled great, accelerated great, felt like it had ‘weight’ to it. Felt like I was in a car from Wildlands. When not driving, they did jump around a bit (probably an issue with my internet, and a syncing from the server)

City: On auto graphics the city and scenery textures still looked amazing. The street texture seemed a bit repetitive, but other than that, it still looked great. The lighting on the other hand was just bad, there was a visible ‘bubble’ of decent shadows around me, and everywhere outside that rather small bubble looked to have no shadows. When driving this was most apparent considering the speed.

People: The npc’s were over aggressive on entering the cars. I was only able to get into one car because instantly a new npc would get in. I would end up with a crowd around me, and the car would disappear. Walking, the npc’s would slide (no animation while walking) or jump from location to location, but this was rare, and mostly visible for npc’s farther from the camera.

Conclusion: As always I really like the new things rolling out for Roblox, it gets me very excited. I can’t say that using automatic graphics with my system could really bring the realism of this map to life, the lighting I feel was the biggest issue. I play a lot of other modern games and though lighting is always system intensive, I never have as many issues with it as I do with Roblox (although as I’ve said most games are pre-set, pre-installed, so I’m sure they can bake in shadow values, etc…)

I feel the best thing about Roblox is the effort they put into improving the engine, and getting feedback from the community, all the new improvements are wonderful, even if I don’t feel they fit for my games, I know there are devs who can really make good use of this. I think for me the biggest win with the new stuff has been the improvements to physics (I really liked those cars XD )
Keep up the good work!

Original Review With Full Server and Full Graphics Below
I did not have such a good experience.
Granted I have moderate internet speed, and a Win10 Dell, with i7, and 16gb ram. Some type of 6gb graphics card, so not the best settings.
Graphics were on full.

Difficulties:
It all loaded over a period of ~5 minutes, and during that time I was being killed by invisible players over and over again, until it loaded enough for me to see them. I saw so many people log in, and were frozen while others killed them. I would think on feedback projects like this or showcasing, it would be helpful to give a protected area while players are loading up.

People:
I think the ‘People’ could use some work as they moved slowly, or jumped around on the screen.
I feel like there is a GTA sort of attempt going on with this test, however, I don’t feel the current state of NPC’s really are able to pull this off.

Cars:
The cars were moving so fast they jumped around for me as well, so I never got to actually see how they handled. Every once in a while one would speed past, but having no clear direction where to find one, I never did get to drive one.

Opinion:
I know this isn’t a test of data streams, or whether this much realism is necessary, but ill give my personal opinion. Games that have large cities like this usually are gams pre-installed on a users system, so I don’t think large realistic maps really ‘work’ on Roblox, also, though it looks great… does that extra realism make it any more or less fun that it would have been with plastic parts, and less of them? I don’t think so.

Conclusion:
I love how Roblox is always updating the engine, adding new more advanced features. From what I can see they are doing a great job with all the new things, and at an incredible speed.
Keep up the good work.

These car mechanics are awesome!

I think this is really well made but it will be fun making city maps with it.

This game is epic and all. Good job to the team that made this. Although, this game lags my PC so badly when I put the graphics to max. Other than that, I have found some bugs with the NPCs like some others above. Overall, good job on this game and it looks very detailed and epic.

This is giving me Cyberpunk 2077 vibes lol

Bruh this was one of my childhood shows.

Nice game, but god the FPS dies within an hour after playing. Was on full graphics with 60 ~ 70 fps (GTX 1060), after an hour, it dropped below 35, not being about to get to 40. Other than that, it did look really nice, but could use some posteffects aswell.

I also have a NVIDIA GeForce RTX 2070 as my GPU