TL;DR; This is a combat mechanic which “allows” players to have more than their normal health. Some might call it “Hidden Health”, I call it armour, whatever. Do as you wish with it. You can get it here.

This is a mechanic I have made recently for a game I had in mind but the idea quickly turned out to be impossible with my current story-telling skills.

Current uses I know possible with this;

What are the features?

Asked no one. ever.

I want a demo. I won’t take the model without a demo.

Sure, you can come to my sword fighting game where you likely become the loneliest man in history of loneliest of mans. I have added 3 bricks to allow demonstration of what the mechanic is based on and how it works just-in-case you’ll be lonely. You’ll figure out how it works real quick.

Okay, I love the idea, but how does the default UI look? 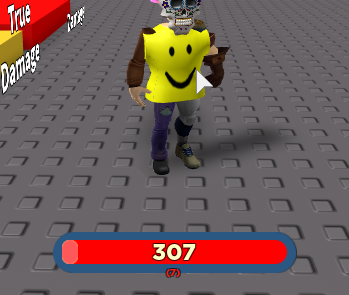 I WANT IT GIVE IT RRRRRRREEE-

You can get the model right here. I might not update it if there’s no need to. (Mostly) compatible with default gear thing UI thing.