Ragdoll Solution -- R15/Customizable ragdolls for use with Layered Clothing

So you got yourself some nice layered clothing drip, but dying makes your Robloxian shatter like glass into a million pieces. Not using R15 for your game? No problem! You can change it up with this system easily.

GET IT FREE HERE

The initial idea of this project was to get a layered clothing to work on a ragdoll system to reduce the encounter of removing accessories on stock Roblox. The technology behind layered clothing is amazing, but its experience is omitted on player deaths or reset. This is here to solve that. I want to encourage users to enjoy layered clothing on their characters or games; and this means letting this project be free to use or modify on Roblox. If you created modified version you’re proud of, I’d love to see them on this thread!

Layered clothing also adds some performance weight, so I’ve also created some means to save it, turning this into a ragdoll system with added features. I suggest using it with 30 players in mind, and 60 players with performance options turned on. 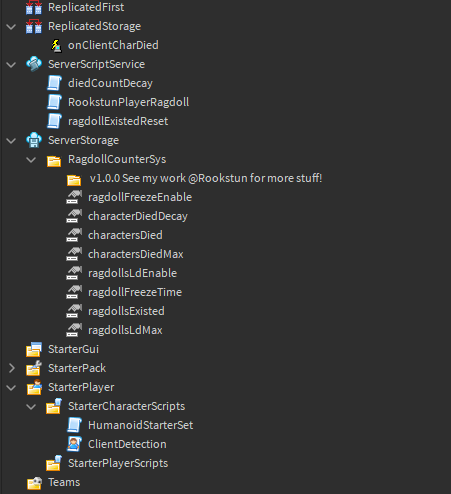 GET IT FREE HERE

To install, enter edit mode in this place, and copy them into your game so the paths look exactly the same. You can have a game work with the stock settings with no change, but I still recommend having Collsion Groups set. NPC scripts are included in the place. Also included in the place, but not part of this system is a keybinded L to reset, and a Bloxy Cola tool.

If there is a lot of interest, I’ll update this to include some more wanted features. Crediting isn’t necessary, but you can do so by including Ragdoll Solution and my username in a credits section.

If you wish to directly support my work on the platform, please consider buying my UGC items!

Thanks for this resource. I can see you put in a ton of work and many people will use this. Thanks for the contribution and keep up the good work!

This module is very nice, but i didnt seem to find it easy “rigging” the custom humanoids.
I would recommend using the Motor6D (Joints) to easily make ragdoll system.

Here is a module of mine which rigs every single humanoid in existence (if rigged correctly).

This is really nice! My code does indeed index through character parts and motor6ds to connect the limbs, as suggested. It’s just that the limbs’s ballsocket values and noCollisionConstraints are all different, which is why I included limbManager() and SOCKET_SETTINGS to handle creating twist and angle limits. Without it, I think the bodies will look very noodle-like.

WOW
It’s simpler and has features that lacks from my ragdoll system
It makes installment easier, in FACT it makes easier for artificial euphoria physics engine (No more complex hardcoded euphoria muscle build)
Definitely use it since i stopped updating ragdoll so mine rotted away all of performance. 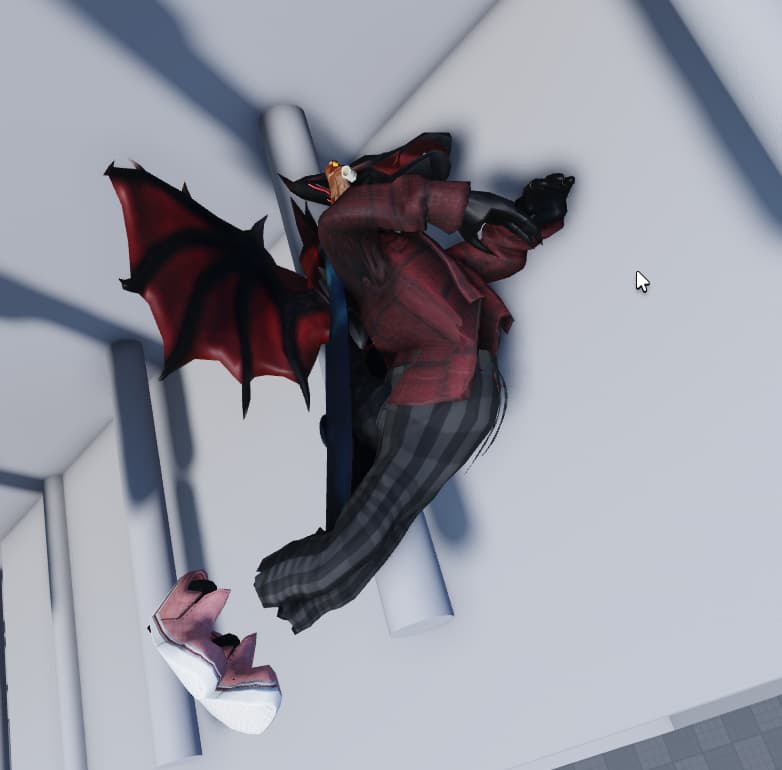 When my avatar dies, it gets stretched out & some limbs are disconnected.

This is a great resource, thanks for creating this. I’ve got only one problem though…

I would love to use DOGU15 with this ragdoll, but for some reason, it separates DOGU15 limbs. Any Idea on how I could fix this? 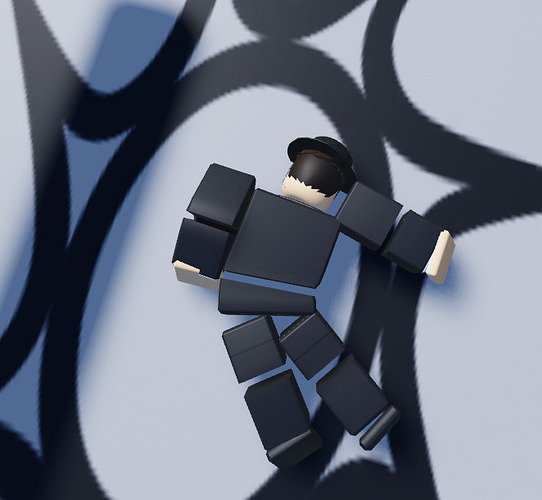 It seems like the problem for Noble_Draconian and yours seem to rely on Avatar scaling growing or shrinking proportionally when a scaling value is differently to 1. This is very strange and should be patched.

In non-broken cases I’ve seen avatar packages and even Dogu15 itself work in good conditions. I’m gonna see some fixes for this.

Well, the video looks amazing, I’ll check it out when I have time.

I’ve just finished a hotfix for what I think may have fixed those issues. If the problems persist, I will investigate further, and would like a Studio file or rig reproducing this problem.

In addition, I have included some findings about how avatar scaling works with the system, and have posted my discoveries in the “Customizable” section.

Alright, I’ll check it out right now. If I still have the issue I’ll give you a studio file.

EDIT: The hotfix has fixed the issue of DOGU15 limbs separating. Thank you for this great ragdoll resource.

Your hack for resyncing layered clothing doesn’t actually work, is there more to getting Layered Clothing working on Ragdolls? I have my own ragdoll system and once the original avatar’s motors are destroyed layered clothing ceases to function, even with the wrap target method.

Heya. Can you describe the problem, what isn’t working, and when it happens? I haven’t had much luck in trying to reproduce it from scratch.

As it turns out, you don’t need that resync at all as long as all of your constraints remain in the original parts. I.E replacing the “Neck” motor with a ball-socket also named “Neck”.

Updated this after getting a message about animations playing after death on NPC ragdolls. I am implementing a fix on both player and NPC scripts so they are in parity. This adds a new function to be run after humanoid dies.

Apparently, Roblox animations will continue to play even after the character has died on humanoids in some cases. It’s just that we’ve never encountered this as a problem because our limbs usually exploded before.

I have yet to try ragdolls on living players. If I recall, there are some quirks with collisions on players that would require some patching up. I hope the answer is “not yet”, instead of “no” with this system.