Reproduction Steps
Beginning some time this week, the sound engine in Ultimate Driving has been completely broken. 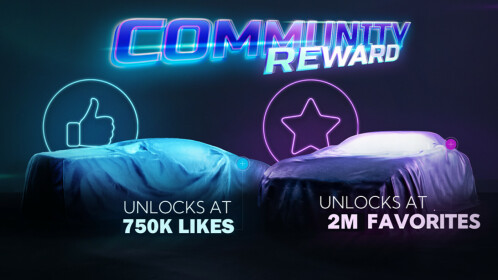 Check out [EVENT] Ultimate Driving 2.0. It’s one of the millions of unique, user-generated 3D experiences created on Roblox. Welcome to the wide world of Ultimate Driving! 🏎 Collect over 400 cars! 🚓 Roleplay as an emergency responder! 🚛 Drive big...

Sounds that have performed fine for years are now suddenly silent, incredibly choppy, or missing large chunks of data. These sounds play perfectly fine on the website or from within Studio, they only fail to perform in-game. Sounds such as motor noises, boost, pavement sounds, sirens, horns all experience this issue, and can be reproduced simply by joining any server.

I’ve been receiving intermittent reports about this for a month or so, but as of this week EVERYONE is experiencing this issue.

Expected Behavior
I expect these sounds to load in and play correctly.

Actual Behavior
Sounds fail to load, or on rarer occasions / newer servers, load in data that seems corrupt and progressively gets worse until the sound is completely silent.

EDIT
This seems to affect certain sounds more than others. Here’s a few of the commonly busted sounds:

54 Likes
Help with sound issue, Very glitchy and buggy
Sounds keep cutting in/out, and not playing at all?
How do I record car sounds for Roblox?
AbstractAlex (AbstractAlex) February 10, 2022, 8:20pm #2

We noticed this exact issue yesterday when playtesting our new game. Sounds that had been working fine for weeks started to play really weirdly

Oh thank God that’s a relief, I was worried this was limited to Ultimate Driving

This is also a issue in Phantom Forces
Was reluctant to post a bug report due to being unable to consistently reproduce it.
Gunshot sounds and footstep sounds are a vital gameplay mechanic for many of our players so we hope this can be resolved soon.

This is also an issue in Greenville

Randomly happens as well, can join any server to find sound loading issues, hopefully it can be fixed soon.

I noticed this issue starting to occur in my game since Wednesday’s update.

This completely ruins my players experience as it completely ends up breaking certain sounds.

It only appears to affect sounds played in workspace. Using SoundService:PlayLocalSound() still works. 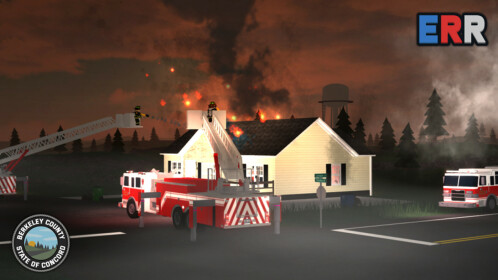 Thanks for the report everyone, we’re investigating this

This was on of my experiences with the glitch, Also if I put the car in a new place file it seemed to work again, I’m not sure why.
Update: Apparently I have sound some now but its choppy and awful sounding, tbh I preferred it better when it wasn’t playing sound 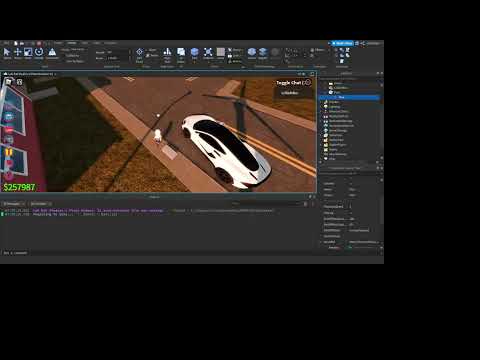 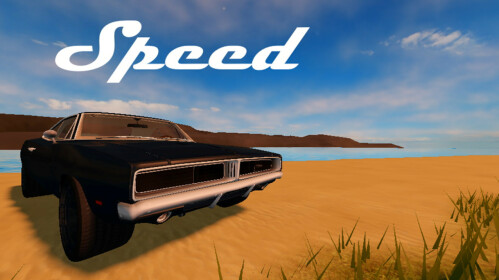 Check out Speed. It’s one of the millions of unique, user-generated 3D experiences created on Roblox.

Happens in my game, Mutant Testing Reborn, as well. I really hope this gets resolved soon because it completely destroys the atmosphere of the game.

Observing this issue on a PWNED 3 development place (specifically, PlaceId 6092300236). We have a firearm feature in development that may call up to three different sounds at one time and at intermittent intervals both the firearm’s sounds and those of other entities (enemy NPCs, interface sounds, character sounds, etc) completely mute for a few seconds.

We are, and have been expericing a lot of sound problems in our Railway game GCR:
https://www.roblox.com/games/361547354/Grand-Continental-Railways-BETA

The trains in our game have a lot of sounds, and when there seems to be a lot of trains in one place, any sound that is almost silent ‘unloads’. Then when its volume is put above zero, the sound appears to not be playing at all. Even though according to the IsPlaying bool value, and the volume being bigger than zero, it is.

It seems that when a large group of sounds are in one place, any sounds that are not audible at that time are unloaded, and the only way to reload them is for the players camera to be taken out of the sounds MaxDistance. Anytime a sound that should be playing isn’t, moving the camera away from the sounds source by its MaxDistance (in our case around 3500 studs), and then returning to the source, has the sound playing perfectly. This is a massive problem for us as it means we can’t have more than one train in the same area because the trains could pass by completely silent, not very enjoyable for our players, especially when they are driving a train of their own and pass another, only for their trains sounds to be completely gone.

More recently, some players have reported that client played sounds (we have RespectFilteringEnabled turned off in our SoundService for things like Horns) occasionally don’t play. I assumed they just hadn’t loaded, but for some they never load at all.

We’ve had many reports for months about the sounds always dying, and we constantly just have to say that its not our problem, because when a number of sounds are in the same place, we assume that Roblox automatically unloads any sounds that are not audible. I understand that this may be a memory consumption thing, but some games like ours require most of the sounds to be loaded all the time, at least when they’re in range of the MaxDistance.

This happens ALL THE TIME in my train simulator with the wheel rolling sounds. It’s been plaguing my game for over a year but I figured it was due to a possible inefficiency in my scripts but I still haven’t been able to solve it. It’s refreshing to see a huge dev like you speaking up about this and I hope that they can resolve it. If anyone from DevRel wants a copy of my place please PM me

EXACTLY same experience on my Northeast Corridor. Glad to see I’m not the only one experiencing this!

Thanks for your patience and apologies for the trouble!
We’ve rolled out a fix and this issue should be resolved - please let us know if this is still occurring

We are no longer experiencing choppy sounds so that’s certainly fixed, but we are still experiencing sounds unloading when there is a lot in one place. I went to the train spawning area in our game and some of the sounds that were playing but not audible had unloaded and when their volume was increased, they simply didn’t play. This has been a problem for many months.

Again I understand this might be a memory saver that’s built in but for games like ours it makes them much less enjoyable for our players.

Update: Some sounds are still not playing properly and are choppy, so although minimised the issue still exists.

Bumping this again as there are still issues. Still getting choppyness or sounds cutting out breifly on the looping sounds for the trains in our game, as can be heard in the video below:

We also have some of the same sound in each of the coaches of our trains, which are not playing at all, or only one of them plays. For example, there’s a door closing alarm in every coach, and these used to play before this issue started occuring, they are no longer doing so. As a result there are a lot of key sounds missing from our trains due to this issue.

Bumping this thread because this has been an issue going on for the past couple of years and has only been getting worse for me. Gunshot audio cuts out layers randomly. Some times it’ll play the only the fire sounds, some times it’ll only player the mech and sub layer sounds, and sometimes it’ll only play the tail. Each gunshot plays 4 audio files. This same exact issue happens even if it’s only playing one sound at a time.

For some reason, this issue seems to be replicating once again. If possible, please look into it.

I’m going to bump this thread myself even more. The rolling sounds of the coaches on many trains randomly become mute, as well as propulsion sounds on my locomotives. It’s ticking me off beyond belief because I have tried every route possible coding-wise and figured out it’s not the way I’m coding things.
To see how sounds are randomly muting all you need to do is spawn a train here and drive around for a bit NEC Pre-Release Feature Testing - Roblox