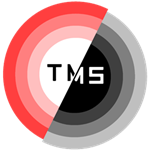 Welcome to the Mayhem Syndicate, we unite as brothers in arms and cause chaos to large groups and militaries all across Robloxia. Using high-tech weapons and alien technology, we bend those who oppose us to our will.

We primarily celebrate destruction as the Pinewood Computer Core raid group, where we attack the core and don’t let PBST get in our way.

While on duty as a Syndicate member, you are expected to help cause chaos by melting or freezing the core. There are times where multiple Syndicate members are trying to do different objectives, communication is key to success! Work together to meet a common goal and success will follow.

Ranks can give an individual additional authority or weapons. Trooper, Operative, and Captain have a set timespan you must remain as that rank before you are allowed to evaluate up to the next rank. These times are listed in the ranks below, should they apply.

You cannot buy a rank. Insisting on buying one will lead to a “buy one get one free” rank-lock and deduction.

Users granted Kronos admin in the evaluation place may not use their admin to interfere or give themselves/others an advantage during the evaluation, failure of consensus will result from improper admin usage & a report to a Facilitator

Official Raids are hosted often in the Mayhem Syndicate.
You must be an Inquisitor+ to host an Official Syndicate Raid.

Marks can be earned during an official raid. The amount given varies depending on the raid level and how long you attended it. Behavior and participation during the raid are taken into account.

Raid hosts do have to follow rules regarding hosting, all hosts do. The rules these members have to follow are shown below under the Raid Hosting Rules section

The Mayhem Syndicate holds a variety of different raids, these can be seen below in detail.

Last but not least, after a Meltdown starts, E-Coolant must be taken into account to prevent PBST from saving the core.

Trainings are hosted periodically and are done at any facility, even other games. Trainings can give 1 to 5 Marks (5 being the bonus) depending on performance. Bad behavior during trainings can lead to removal from the training and no marks awarded. Negative marks can also be issued if the situation requires them.

This handbook is always a work in progress.

Glory to the Syndicate!