Note: A new thread exists! Please use that one over this one!

Some context and background to understand the situation and purpose of this thread.

Nearly a year ago, I came to the DevForums to ask how to tween models. I’ve always been a fan of tweening because the fluidity and smoothness is always aesthetically attractive - I used tweens or loops anywhere I could to get that aesthetic appeal. At this point, I only knew how to do it for singular items. Models have always been troublesome for me when it came to tweens, so I posted a thread reaching for help.

Between the time I received a response and now, that thread has been linked and shared over and over, including just a few hours ago. Now the thing is, that method has been discovered as problematic. For this reason, I create this Community Tutorial on tweening models. It will provide commentary on the method and teach a better method to tweening models. This is merely scratching the surface and a starting point, there are many ways you can modify this method or take a different approach.

Yes, I see at the bottom Builder_Boy provided a response. Some people also said something similar. I’m providing a detailed version of those same responses.

So, let’s address the first thing. What is this supposed “frequently-shared” method?

The method that was marked as the solution goes as follows, in bullet points so we both can understand the workflow easily.

Hey though, that looks fine. What’s the issue?

Through searching and experimentation on topics unrelated to tweening, as well as a response on the thread linked in my introduction, this method actually has a few problems. These are also in bullets.

Now, as a developer, I like neither of those things. A terminated script? A model that’s lost its original composition? We can’t be having that.

In some cases, you can modify this code to fit your needs. It’s actually a pretty good solution to get started with, but in the long run you’ll want something you can rely on at a fundamental level without the aforementioned issues. So, let’s check something new out.

What can we do to change our approach?

The new approach I applied was actually quite neat. It gets the job done, produces no errors if done right and I can litter the code anywhere I wish, the way I like to script. So, here are the steps. 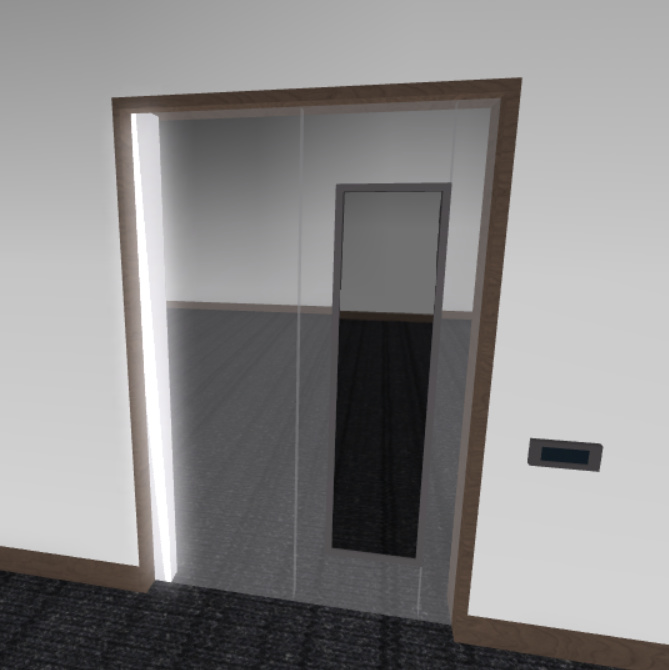 image669×670 67.9 KB
The neon brick is the pivot. Normally, that would be invisible and the door wouldn’t have any transparency.

In conjunction with Figure 1 (pivotal tweens), here’s some code for reference on how I make them spin open:

And just like that, you have yourself a tweened model. Hopefully.

One thing to keep in mind while using this method, before I close off: this method is accomplished by the use of welds. Your models are not safe and items such as explosions, if not configured correctly, can cause your model to be destroyed as explosion objects destroy joints. I recommend only using the Explosion object for effects and handling explosions another way (raycast), or by creating your own explosion aesthetics and hit effects.

Edit time! How did you mod Ozzypig’s Weld Plugin?

Glad you asked, @RuizuKun_Dev. Due to your question, I have edited the thread to direct you to the response I made on how I accomplished a mod of Ozzypig’s Weld Plugin. Now not only have you helped yourself, but you’ve helped others with the same question! Check out the response.

And I suppose we’ve got a nice little model tween tutorial.

I also have nothing else to say. Leave comments or concerns below, or something.

74 Likes
TweenService on a model (vector3)
How to make a Door animate open?
Tweening / Lerping PrimaryPartCFrame?
Problem with animating a moving part w/ for & CFrame
Check for part position
Introducing colbert2677, Hobbyist Developer and Platform Enthusiast
Easy method for TweenService on Models & Meshes?
How to tween models?
Fading Glow Effect
How do you change a models transparency and size in a tween- like manner?
Creating smooth rotation of model
Smoother Animation for Models?
Introduction to Tweening Models
How do I change speed on a model?
TweenService rotation problem
cm_an (cm_an) September 14, 2018, 12:26am #2

Amazing guide, I’ll definitely be using this in the future. In the past I’ve been using reference points then tweening each part of the model individually (uses a lot of unnecessary code), but this seems like a way to finally reduce that code!

I use a personal mod of Ozzypig’s Weld Plugin to quickly accomplish my weld work. Instead of using ManualWelds, it’s changed to use Motor6D.

How? I installed the plugin doesn’t seem to have an option for what kind of Weld you want to use

“Personal mod”
He modified it to use Motor6Ds instead of ManualWelds.

Essentially what you want to do is change the source code of the plugin and then push it to your own plugin folder. There’s several ways you can accomplish this, I’ll teach you an easy trick for it.

Keep in mind, this only works because Ozzypig’s plugin source code is open source. Some plugins, when you insert their scripts, are actually closed-source with requireIds. One plugin even inserts a random value and no kind of script at all.

And thus, you have it.

Edited the main thread to include a quick link to this response as the section before the conclusion.

So long as it works for you personally, any kind of plugin, code, etc. that has the capability of creating Motor6Ds and welding parts together will work.

This plugin, given the video tutorial, looks more interactive in it’s setup (specifies what’s the start point, then let’s you select other parts to get welded to it), whereas the plugin in the OP has no dialogues, just straight creation.

Note: New tutorial has been slightly delayed in it’s writing due to me getting off track. It will be up today, as I do not have much more to write.

As Roblox expands and more tools are made available to us, practices become outdated and see the need to be changed to fit new standards. This is one such example of that.

Later today, I intend to fully rewrite this tutorial and change it from a brief introduction to a full tutorial on rudimentary model tweening as well as addressing current practices. This method is relatively outdated and adheres to poor standards, including how I wasn’t a great tutorial writer at the time. It was a rather rushed job on a very relevant topic.

There are many more utilities and information available to developers to use to their own advantage. Therefore, in order to keep times healthy, a new thread would help out a lot. I would update this thread, however I’ll be keeping it up for the sake of reference. This thread and the one I intend to write will be fairly different.

Tweening models is still a relevant topic, so I’d like to cover the topic in depth including best practices and consequences of decisions while tweening models.

The solution will be changed to the newly created thread once it is up.

This thread now has closure and may be put to rest. I recommend viewing the new thread once it’s out over this one.

The new tutorial has been written and is live. You can view it here:

I suggest wholeheartedly to reference that tutorial over this one. I’ve written a bit of a story above.

Please do not add new responses to this thread. If you have any feedback to offer, please send that to me via DMs. Feedback should pertain to the new thread in that thread’s responses.