Exiting the Roblox player is too hard

As a Roblox developer and player, it is currently too hard to leave Roblox’s player. If I follow the standard Windows UX expectations, pressing Alt + F4 or press the close (X) button, Roblox asks me if I want to leave.

This is against standard Windows UX norms and can cause increased frustration with the userbase. The only expectation is dealing with unsaved data which the prompt does not talk about, and thus doesn’t apply. 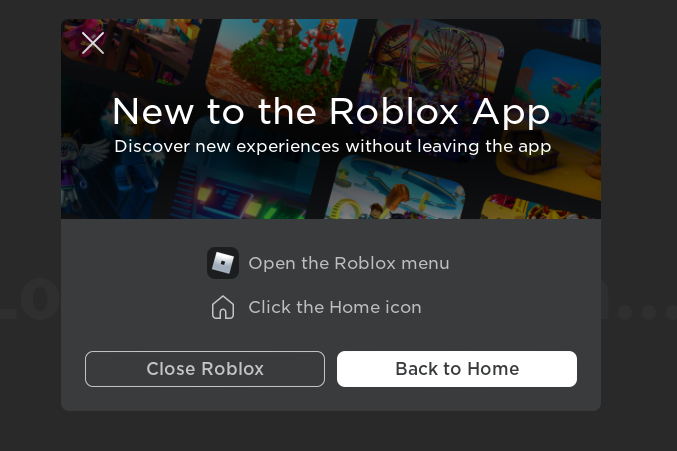 If Roblox is able to address this issue, it would improve my experience because players are no longer frustrated every time they want to leave Roblox.

This was originally a bug report but after Roblox confirmed it was entirely intentional, this report has been made. You can learn more about what 17 replies said below

Reproduction Steps 1. Open any game running the latest public version of Roblox, the one with the new beta app forced. Press Alt + F4 Observe results Expected Behavior I would expect the program to immediately close, as with nearly every other application on Windows (Excluding applications with unsaved data like word processors.) Actual Behavior Roblox asks me if I want to quit. [Poor UX] Workaround A) Run the Roblox launcher exec with the disableDUAR param. RobloxPlayerLa…

This is the worst update to come from Roblox in a long time.

Going against standard Windows UX to shove an app down its users throats is never good.

If a player joins from the website, then the player should instantly leave the app.

If they join from the app then thats when the app interface should come up.

If they want to retain the current functionality, then they should have a checkbox on whether or not they want to see the pop up the next time they click the X or click the leave button.

You can just toss your device out a window… but, in all seriousness, an X should quite literally mean, “get me the hell outta here”. Otherwise, why else would you click it…

I have to agree with this. It’s terrible user experience to override the close button. There’s practically a consensus on this that says unless you’re warning a user they haven’t saved it should immediately close.

For better or worse the norm for a few genres of games on roblox is to crash your client after you die and this makes it harder to react by alt-f4ing when you are about to or just died.

This was a terrible idea to add, but thankfully someone shared this for those that could find it, an escape. hope that this is reverted as it adds nothing good to the table.

For many of us that won’t work. We still want the beta app but don’t want the pop up, which this is requesting is removed or changed.

Agree. Terrible UX and completely violates standard windows UX that has been set in stone over decades.