We recently made some improvements to game search ranking, added a new Recommended For You sort, and our quest to improve game discoverability and engagement continues!

VIP Servers? Never heard of them. Private Servers are my new BFF.

You may have noticed that VIP Servers are now called " Private Servers ." This simple, but impactful name change comes as a result of the feedback we received from developers who wanted to give players the ability to make free, private servers. We hope this makes it easier for friends to play together, no matter where they are!

You can read more about free Private Servers over on our official blog!

We also launched a new event space called the Party Place (it has lights, swag, and even a lazy river)! Create your own Private Server and go party with your pals!

We’ve also re-organized the order of some of the sorts to help refresh the menu of games that players see when they first land on the games page.

By the way, we updated the Play Together Sort to only contain games with FREE Private Servers, that’s right it’s FREEEE!! If your game fits the bill, submit an application to get featured here! (Please make sure to read the criteria for the sort in the article below!)

We’re also accepting game submissions for other special game sorts like Learn & Explore and Rthro . Read more about these sorts and see how to submit on our Special Game Sorts article: https://developer.roblox.com/en-us/articles/special-game-sorts

Our quest doesn’t end there—we have even more updates and experiments on the way! Some of the experiments may seem strange at first, and may not stick around past the initial test phase, so please hang tight while we work towards future improvements. Our hope is that these experiments will move us towards bettering the experience of discovering and engaging with games!

This topic was automatically opened after 12 minutes.

I love how you guys changed it to Private servers.
VIP Servers sounded weird because VIP stands for very important person.
Now since they are Private servers new players can understand the games tab more easily. 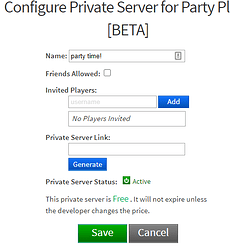 Thanks, Roblox! It’s nice to see that you guys are listening to us developers, I’m sure there’s many more awesome things to come! Keep working on new updates!

Thanks for the update. My feature requests have been fulfilled.

VIP Servers just didn’t make sense as you weren’t VIP, you were just in a private server. Anyone with enough Robux could make one. (But also, everyone is VIP already, so…

Thanks. Adding recommended for you really diversified what displayed on the game page, and now developers can reach a larger audience even if they don’t fit in any of the other categories. This will benefit everyone. It will help developers with discovery, and players to find new game!

Can’t wait to see what you make next!

These new updates Roblox is launching are awesome! I really am happy to see that games are enabling free private servers which I think is a plus.

I still question the need for “Popular Worldwide.” Although the updates are promising, but there is still one big thing you need to fix, and I won’t stop mentioning this till its fixed as I believe its important.

No game should be shown multiple times on the games page.

I appreciate the general direction of these updates but I have some objections. I do not think Featured should be second to last in the sort order. I think Featured, if it is actively maintained, has a lot to offer in terms of game discoverability; in fact, I think Roblox should take it a step further, taking Featured more seriously by changing the size and positioning of Featured games (such as using thumbnails and not icons for Featured games) and putting them at the top of the sort order. 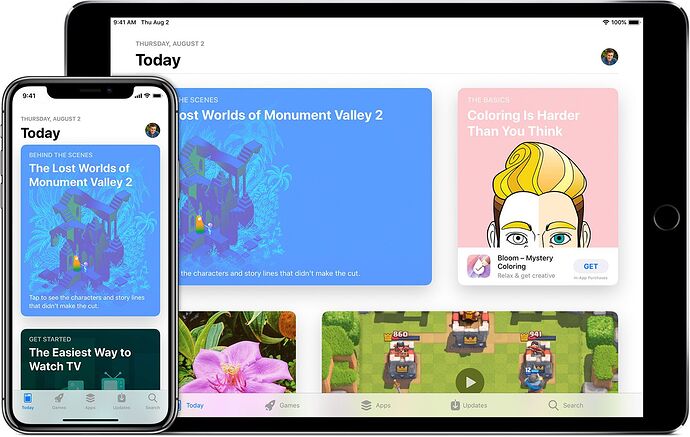 From my observations, it seems that the current Featured system has hardly any impact on player counts; I think this resulted in a cycle where the lack of attention and effort towards maintaining Featured resulted in falling relevance and user attention, which then resulted in Roblox paying even less attention to Featured. If Roblox can break this cycle by renewing their interest in the sort through these measures, it can become an extremely powerful tool for Roblox to promote games they find to be appealing and make them gain traction with a click of a button.

This is awesome! Private Servers having the option to be free negates the work needed to create tons of scripts to recreate “Free VIP Servers”. Definitely can agree with this change all the way.
On the other hand… I don’t see the use of the “Popular Worldwide” and “Popular Among Premium” game sorts. They’re nearly, if not, the same as the standard Popular game sort at the top of the page. The rest of the sorts are very cool; “Most Engaging” and “Top Rated” are showing (mostly) good results!

RIP my job, RTHRO went from 4th on the sort to 11th in the past 4 months. I think “Recommened For You” helps a lot. Although I wish there was a statistic that shows you what percent of sorts you’re player base comes from.

The Recommended For You sort has helped my group’s games so much, while not taking away from anybody else. The sort is just a big plus for everyone, I am so glad it was chosen to go 2nd on the games page.

I’d love to see Top Rated fixed, there used to be showcases that were near the top of that sort (before it allegedly changed to curated games to stop botters), and I wish I could have found the showcase I was looking for recently, but I don’t remember how to find it now.

Our hope is that these experiments will move us towards bettering the experience of discovering and engaging with games!

I am so thankful for the recent push in game discovery, keep it up 100%

We just need sort by genre now, and also a way to find showcases. As I think showcases go unnoticed a lot, and they have lots of work put into them.

Not only this but sort by genre will further allow people to find the type of game they want. But also I think some more genre options can be added (showcases can fall under this) for the different types of games there are.

Another idea could be say you have shooter for the genre, then you can sort between different types, for example: shooter > battle royal or Adventure > Open world (or rpg) and have different sub categorys for different genres that could fit games.

Just an idea I had

I really like how the up-coming sort is now the 4th instead of the last one. And it’s better to call them Private because it makes more sense.

This is definitely an improvement that is always welcome to the discovery page. Thanks!

Thanks! The Recommended for You sort is great!

One suggestion I have is to make the games page look different. Right now it’s a big grid of tiny game icons, and I’d like to see some different sizes and shapes for the games. Maybe showing the first thumbnail as well as the game icon for some sorts.

By the way, we updated the Play Together Sort to only contain games with FREE Private Servers, that’s right it’s FREEEE!! If your game fits the bill, submit an application to get featured here!

Wow. This is amazing! Finally we have a chance to get featured! Also, this is a good update because the name “VIP Servers” didn’t really make sense. And with the update of developers having the option to make them free is super amazing.

Free Private Server games get in the Player Together Sort?!?!? Well, here comes my game! Oh wait, you mean I need 50 concurrent players for ONE WEEK?!?!?!?!

It’s nice that Up-and-Coming is now 4th place when it used to be at the bottom. Now people can basically not have to scroll to get to the sort!

What happened to the conversations between @Kairomatic and @coefficients though?

All around great update. Putting Recommended For You second allows for new games or games styled to a specific audience to flourish, while not harming other games. VIP Servers has always sounded weird, Reserved Servers is so much better. Most Engaging and Up-and-Coming being higher up allows for games that are truly enjoyable and fun to shine. Featured doesn’t work that well anymore, but Recommended For You works so much better in it’s place.

Giving people the games they want to play!

Congrats on the update! Looking forward to seeing more features like this!

I think you guys can put more work on other things like, adding a better option for advertising. Making the advertisement campaigns longer would help out a lot instead of only doing it for only one day.

Yes, this has been mentioned a lot of times but, this is my thought on it.

FYI, the sort still requires the game to have activities that we do on a day to day basis but instead of requiring the game to have 10 robux private servers it is now set to free, everything else is the same.

All of the criteria for the sorts can be found here: https://developer.roblox.com/en-us/articles/special-game-sorts