The new future lighting technology in roblox is already beautiful and well optimized, but there seems to be one thing missing from it.

Now I am a one of those people who loves to push roblox to their limits. And what better way to do it than with advanced graphics!

I would like to introduce you guys to my latest project that will be in an up-coming horror game of mine.

I thought I would never see the day that I could create volumetric lighting in roblox. But with some inspiration from horror games and other rather laggy attempts at this with the release of the future lighting and it’s insane features that I can use to my advantage, I could create this beauty!

The real challenge I faced when creating this system would be optimization, as originally it was very hard to run this over 40 FPS. But with some simple fiddling and optimizing, I’ve managed to get this thing run 50-60 FPS with over 5 volumetric lights! 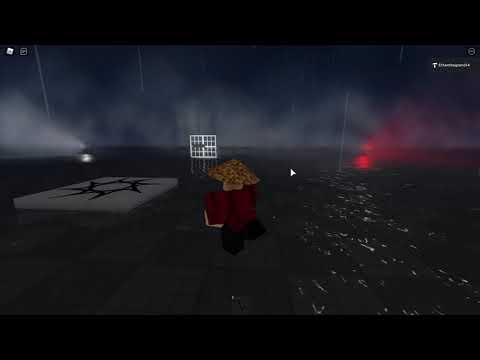 It would be cool to see proper volumetric lighting built into the roblox engine, but for now, we are stuck with these hacky solutions.

Let me know what you guys think!

Wow, this is amazing, how’s the performance of this?

if you are only using 1 or 2 of these volumetric lights (whether they are anchored or not) this thing will run a solid 60 fps on a decent computer.

Though if you are me, and you are using a laptop with about 6 of these lights, you will get about 45 - 55 fps (60 if you aren’t up close to the lights). which is still really good considering this is in roblox

How did you do this OMG IT IS SICK!!!

My brain hurts it is too good

What about mobile users? What hellish experience will they have?

You’d be very surprised. I’ve managed to run about 40-50 FPS on an iPhone-8 mini with 5 volumetric lights. But for some reason there are no shadows being cast onto the fog (which probably explains the decent framerate)

How did you do that with the water?

The rain was made with beams and particles, and as for the wet floor, i used a very thin layer of water with a very high transparency and reflection level

How did you make the thin layer though?

Move the baseplate in the water and then drag it up until there’s a very thin layer of water showing between the baseplate and the top of the water. There are many posts which explain this:

How to make a wet floor effect Building Support

How to make a wet floor effect like this or a kind of[hehe.PNG]

[image] [image] I’ve made an example of “wet floor” effect. Feel free to take a copy.

How did you make these volumetric lights?

I’d like to use them for our main menu scene.

this is awesome how long did it take you to make this?

@A_SquaredAnimations you need to see this, this looks pretty cool

Hello, I dont know if you will read since its been 9 months since last reply this, which you probably wont and if you do you probably wont reply but if you do, How did you achieve this effect, over the past week ive been trying to figure out how are people getting these realistic volumetric lights, The closest I could find was this user’s tech wich involved using beams

image1170×563 53.9 KB
sadly this method was patched ever since FIB v16 patched the method by making all lighting objects not influence beams.
Ive been hearing about this billboard method everyone has been mentioning which is most likely what you use but I don understand, in an attempt to figure out how it worked i spawned a giant billboard and a light object and noted this

this still has me puzzled on how to use it to achieve something similar, I also researched how raycasting is used for volumetric lighting outside roblox and lighting engines themselves.

Hope you can reply with some kind of clue at least on how to achieve this.,

Love it, I would like to have some plugin or a free model to implement this to my games, I would be happy if you did but since this topic is a #help-and-feedback:creations-feedback, I guess you’ll never gonna do it anyway.