We’ve seen the announcement about display names. Personally, I do find it quite exciting. However, there has been great concern about potential user impersonation.

After some thinking, I decided to create a free, fully functional nametag that you can use in your games to identify users based on their display name and their actual username. There are also some badge features that I’ll get into below. I hope you enjoy it!

This nametag aims to provide all developers of Roblox a free and easy way to combat some of the problems that have arisen from display names.

With that being said, I don’t feel that this should cost anything. I feel that charging for something like this is saying, “pay me for you or someone else’s reputation not to be ruined.”

In time, I may make a place where you can make donations if you want to support me and these creations. The donations will bring no benefits to your items purchased, they’re completely optional, and it’s another method to show your support.

But don’t think that money is the only way to show your support. Simply using my creations gives me the motivation to make more. So thank you so much for your support!

And now, onto the nametag…

The setup process for this is automatically done for you through a script. However, if you’d like to do it yourself, here’s a short video presentation on what to do:

For customization of the look of the name, you can change colors to anything you feel like. However, please refrain from changing the position or size of any of the Texts. Unless you can easily edit the script, it may mess things up. And don’t change the image label named “Badge.” That is there for specific purposes, and changing it will mess up the script.

Currently, there are 8 features that you can choose to have on or off. Inside the “NameHandler” script, you should see a section called “Customization” with many local variables underneath it.

Next to each of them, you’ll see that they either say true or false. You may change those true/falses, but only those true and falses (besides the “DeveloperUserId” one, but that I’ll get into later). Please don’t change the name of the variable or get rid of the “local.” That will mess up the script.

Below are instructions on how to use each feature, what they do, and how to set it up.

The DAUBDN feature (Pronounced “DOB-DIN”) lets you tell the script whether you’d like the user’s actual username displayed on the top or bottom text.

Here’s what players names will look like when DAUBDN is set to true (again, by default): 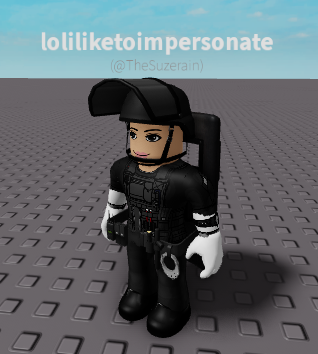 And here is what it will look like when you set the feature to false: 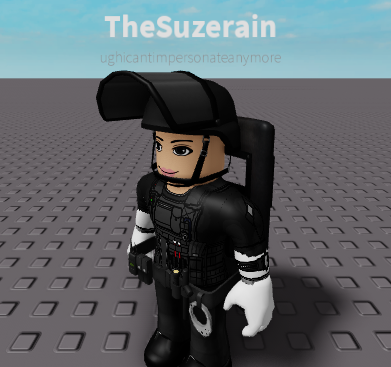 If you have a game where you need to identify exploiters easily, I suggest setting DAUBDN to false because it’s easier to see the person’s name. But it’s completely your choice!

This one is pretty self-explanatory. Setting this to true will disable the display name feature altogether. DAUBDN will automatically be set to false, and the bottom text will disappear, making users only able to see their actual username.

This was a feature that someone requested, and personally, I thought it was a good idea. This only helps the text pop out more and doesn’t provide any advantages to your game. If you’re unsure whether you’d like this feature, play around with that variable and see which one you like better. 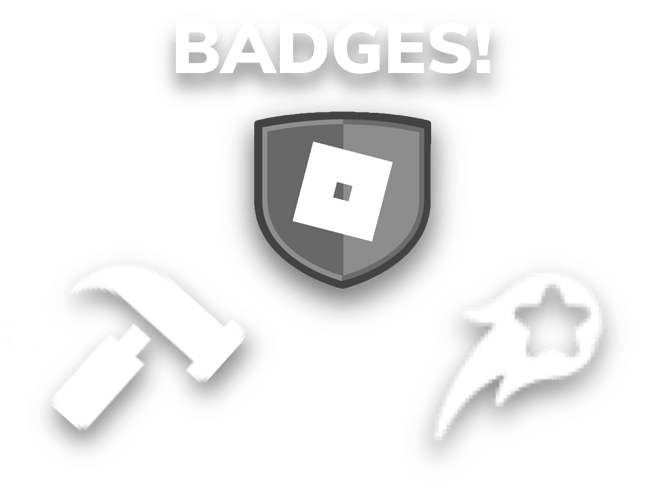 (This section covers the rest of the 4 variables.)

The badge variables are my personal favorite feature of this item. To make it even clearer who is and isn’t the “real deal,” these features will put special badges over a user’s head if they are either a Roblox Admin, Star Creator, or developer of the game.

For setting up the RobloxAdmin and StarCreator badges, all you have to do is set the variable to true. The script has already logged all Roblox Admins/Star creators.

For setting up the developer badge, it’s the same thing but with one extra step.

If you chose to set “DeveloperBadge” to true, you’ll have to do some adjusting to the line below that:

For this, you have to get the user ID of the people you want to have the developer badge over their username.

You’ll have to insert the ID inside the quotation marks. You can go to this link if you don’t know how to find someone’s ID.

You do you not have insert anything here if you do not want a developer badge; the script will still work either way.

If you have more than 3 developers, you may also add another section to that variable, just make sure you format it correctly.

If you are unsure how to properly add another ID to the variable, you can reference this clip below:

Go ahead! Feel free to customize and use this in your game for free. I’ll leave the old version up in case anyone ever wanted to get the simplified version.

Check out Display Name Impersonation Prevention Test Place. It’s one of the millions of unique, user-generated 3D experiences created on Roblox. This is simply a test game that goes along with the free-to-use nametag that I created. See the dev...

Have questions, comments, suggestions, concerns, more specifically…spelling mistake reports? Feel free to leave a reply down below (or on the model itself)! I hope this can help you and your future games! Happy Developing!

Awesome! Fixes the #1 issue with display names which is just great. Impersonation was a problem when display names weren’t even around, but now they are and it needs to be solved somehow. I still hope roblox makes something like this for all games, but this is the best approach so far.

This is really useful! Also, thanks for making it free! You could easily sell something like this as a plugin and make hundreds of thousands of robux from it.

Feature request, what about a little shadow below the text? Like, similarly to a dark outline, something.

I’m using this 100%. Roblox has to add this as a default feature.

@asimo3089, Jailbreak should use this to easily identify exploiters.

Thanks for the idea, definitely going to use this for my game.

Thanks for all the feedback! I’m so glad you guys like it.

Feature request, what about a little shadow below the text?

I’m not sure I understand exactly what you mean. If you could elaborate and/or show me an image example, that would be great. Thanks for the suggestion!

A simple shadow for the DisplayName and username would be nice. Right now the GUI over everybody’s name is a very solid colour.

Is this visually similar to what you’re asking? If so, I’ll publish it later today! 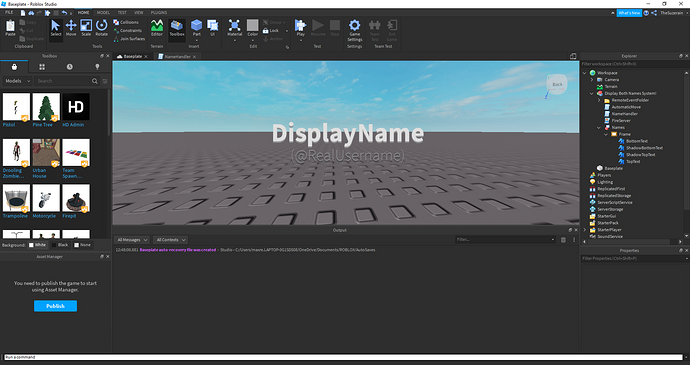 You should be able to change this in the code?

Yes! That’s exactly what I wanted, thanks!

I’ll be doing a revamp of this entire post, including A LOT more features that will be added to the GUI. And yes, all these new features will still be free.

Thanks for the support so far! This has become my 2nd most liked post simply overnight (and that’s either really good or really sad, but either way, I’m grateful)!

Expect to see it either in the next hour or tomorrow (not sure how long it will take).

Pretty canny, I would love to see it.

The revamp is published with lots of new features!

Thank you so much for your support on this, I hope you enjoy!

Very good, love it. I will for sure use it in many of my projects.

yes i will also use it thanks!!

Hi, I really like your Nametag and It really useful!, what about for player who bought a VIP gamepass? Like, a Star/Crown badge or color gold on their name, I really don’t know how to edit a script but something like that. Thank you!

I just discovered a huge bug where if “AutomaticallyDisableLowerTextIfUserHasNoDisplayName” were turned on, all players would experience their username being above their display name even if that wasn’t what the developer wanted.

This bug has been patched, and the nametag should be working as normal. I highly suggest replacing the current nametags in your game if you haven’t already (meaning simply re-inserting the model).

Awesome revamp! Thanks for this it really helps in my community. Will there be any updates soon? Also the text appears to be a little small maybe make it a touch bigger so you can see the name more clearly. Other than that it is perfect.