After a lot of more inquisition about these topics, I have decided to make another tutorial!

This is going to be the simplest explanation ever made of Cross and Dot, so make sure you follow to the end

By far, two of the most puzzling topics in scripting are Vector3:Cross() and Vector3:Dot(). However, after learning what they do, you will realize that they are actually 100x easier than using CFrames even!

You will also want to use them in your code when you realize what they can do, especially Dot()

Just to catch anyone up to speed, a LookVector is just the direction a CFrame is facing.

Because it is facing directly up.

All Dot does is see how much 2 vectors go in the same direction.

Here is what Dot will do for this:

Because the camera and the block are facing in the same direction, the Dot of their LookVectors will equal 1.

What if the Block and Camera were facing in opposite directions?

Because they are facing in opposite directions, the Dot of their LookVectors will equal -1.

What if they are facing at a right angle to each other?

Because they are facing at a right angle to each other, the Dot of their LookVectors will equal 0.

Also take note that It does not matter the order you use Dot() in:

That’s it for Dot!

If you skipped the explanation on Dot, make sure to go back and read it in order to understand what a LookVector is.

Here is an example of what all three of them, the LookVector, RightVector, and UpVector look like on this rocket’s CFrame.

In a new scenario, let’s say we have both the UpVector and the LookVector, but not the RightVector. We need to find it.

We can find the missing RightVector by using Cross.

All Cross does is find a vector that is perpendicular to the other two vectors that you give it.

In this scenario, because the RightVector is perpendicular to both the UpVector and LookVector, it will work perfectly!

Now that we know that Cross will give us a vector a right angle from two other vectors, going back to that rocket picture:

Cross is very useful for that case!

In order to find the RightVector, we have to use

But if we wrongfully flipped it, it would give us the LeftVector, which we don’t want.

Taking a look at another case:

This time, we will use three random directions instead of the LookVector, UpVector, and RightVector.

Wait, where on Earth is the missing Vector C supposed to be now?!?!?

Since using Cross will give us a missing vector a right angle away from both Vector A and Vector B, it will say that Vector C is this:

If you don’t believe me, let’s check to see if this new Vector C is truly a right angle away from the other two vectors:

Yep! So there we have it, Vector C is a perpendicular to both Vector A and the Vector B!

That’s it for Cross!

Thanks everyone, and if you found this helpful be sure to leave a like and check out my other CFrame tutorials, especially if you want to learn more about these vectors I talked about in this tutorial.

Also, tell all of your scripter friends about this as so we can inform as many people as possible!

261 Likes
How to make a stealth system
[Closed] Moonvane | Scripter for AlvinBlox
What exactly is dot product and what do people typically use it for?
Problems with custom camera and player movement
Is there a way to turn LookVector into RightVector via script?
What does Vector3:Dot() Do?
How would I go about making a Parkour System?
How would I check which side of the player another player touched?
Can someone briefly explain to me what WorldAxis:Dot() does?
Better approach to making light blind you the more you look at it
What does Dot() do?
How to make an npc switch animations when near a player
Attempting to recreate an effect from a Blockland addon
How to make a one way door
Rotating Character Around Golf Ball
Detect if an Object is within the specific view of player
Coorelation between part.Orientation?
How do I check if a part is facing a player?
What is :Dot function do?
Need AlignOrientation Help - How to set rotation from given Unit Vector?
Beastcraft_Gaming (Beastcraft) December 31, 2020, 5:49am #3

YES!! finnaly I understood what this things are actually doing!!

Vector hasn’t came in my studies yet but I now know most of things.
Apparently Roblox teaches us more than you think.

You can use this as a way to fight against silent aim.

Take the below code for example:

FInally somebody explains how :Cross() and :Dot() works, very good to know.

It’s a good guide.
can I translate this and post it on the Korean Forum?
I will attach the original link!

absolutely, I would be flattered!

Just wondering, but how would you use “:Cross()” to find that?

Ok so basically this is how it works:

The whichAxisToTwistBarrelToFaceTarget is the axis in which you rotate the barrel.

When you do it like this, even when the tank is rotated on a hill, it will still know which axis for the barrel to twist around.

Btw this is probably the best video about Cross and Dot on the internet: (go to 8:40 for the tank problem explanation) 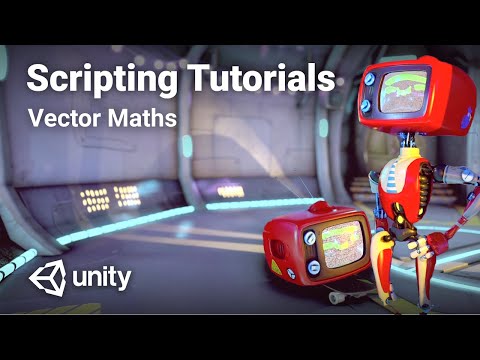 How would you get lines going like this with :Cross() because I am assuming if you use cross on 2 of these, it would give you the vector you didn’t use. Example: VectorA:Cross(VectorB) would give Vector C and the other way around instead of a fourth line like the red one below.) I want to find a way to make a line going between the already existing vectors. 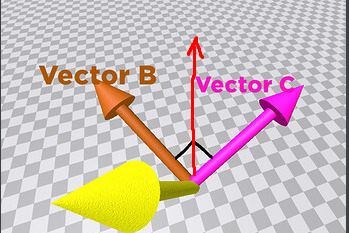 If this post doesn’t belong here, I would appreciate a DM telling me then I will gladly put it in scripting support.

(also your rocket building skills are 10x better than mine)

are facing at a right angle to each other, the Dot of their LookVectors will equal 0 .

I made a car, and I would like to detect next waypoints, the car moves by waypoints, if the next way point is to the right side of car, car should turn right

Ok this actually doesn’t even need to use Dot, what you can do is just number the waypoints in order and then tween the car to the next waypoint.

No like, the car moves through tween, but the thing is, the steering inside the car should also move like auto pilot, so I need to detect left or right the car moves in order to find which side its going

It does not work either it gets the correct angle