TweenService is probably the best choice for tweening between 2 points. However, when you have more than 2 points, you have to do something like this:


This doesn’t look good and is pretty outdated. But there’s a solution: Bézier curves.


CutsceneService is a module which specializes in cutscenes. It is easy to use, fully customizable and has a wide range of features. 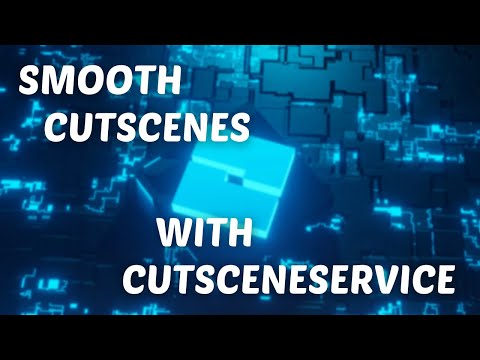 nice module, would you mind posting the source & and show an example cutscene in a video?

Like said before, i would love to use this, but is there anyway to post on a youtube video? Just for a better reference? Not saying your explanation isnt good or anything…

I made an example cutscene here, it’s uncopylocked.

Great resources! Thanks!! I can’t wait to use them!

The place is on private, cant really seem to do anything here.

Click on the 3 dots and then “Edit” to open it in Studio.

Ah i see. Thanks for correcting me.

Thanks for the innovative asset!

Added a new function and another parameter!

Do you mind explaining to me exactly how it works? I do building and work alone, but i need a cutscene system like yours.

I learned how to use Bézier curves in this article.

The module is now fully released!

I just released a complete overhaul of the module! Getting the new version is definitely worth it, but you have to rewrite parts of your code.

I love the module so much. Thank you for the update!

Thanks for your feedback!

Quick Suggestion: If you request to :Play() a cutscene, while another one is playing, instead of erroring, add it to a “Queue” of cutscenes to play. Then, when one cutscene ends, if there’s another one in the queue, play that one.

Also there’s a bug where if you’re triggering a cutscene in first person, the character model isn’t visible during the cutscene

Unfortunately I can’t fix this with a single change to the character because the PlayerModule is constantly overriding this.
Thanks for the report though.

I’ll consider this for the next update!