Hello there, I’m @dthecoolest and this is my first open-source project which I made to contribute back to the community.

One of the main reason this project is open-source, couldn’t have done it without them:

@EgoMoose The basis: FABRIK Algorithm explanation video and also for the RotatedRegion3 Module for primary and secondary constraints.

@TeamSwordphin Experimental IK Creature: inspiration to use the FABRIK method

Version 1.2 , Added lerping to motors, 100% makes it look a lot smoother even in the glitchy areas.

Version 1.1, Improved the foot placement system, rough around corners but it’ll do:

This is done by the below code:

Watch them all vibe

v1.3 where I consolidated it into a single module script for easy installation.

The IK Solver only module.
(Not recommended as it doesn’t include all the objects and features of the system)
(Can be good to study how I Implemented the FABRIK algorithm)

While there are many inverse kinematics tutorials and resources on Roblox the ones I found use relatively complex trigonometry methods intended for use for R15 characters. While they helped me understand how motor6d’s work I believe the trigonometry math will get more complex for my purpose of making a mech game where mech legs often have more than 2 joints and 2 limbs cuz thats what makes mech’s look cool and functional.

Further searching led to this amazing project by @TeamSwordphin using the FABRIK algorithm showing the possibilities of the algorithm with the downside that it doesn’t work for motor6d rigs and the code has been automatically generating the limbs making it hard to edit for new scripters like me.

Consequently, I created this resource to share my findings and hopefully gain the benefits of open-sourcing a project especially code review. Also, I aim to learn how GitHub works via this project.

Hello there, I’m @dthecoolest and this is my third open-source project which I made to contribute back to the community. Credit One of the main reason this project is open-source, couldn’t have done it without them: @JohnathonSelstad - Blogger who posted the tutorial of Psuedo-Code of CCDIK check out the inverse kinematics on his website on GitHub it’s very cool. @EgoMoose - The rotation between two vectors trick really come in useful and helped when translating Unity code to lua code. Robl…

The instructions for using the system have been transferred to the GitHub wiki below:

For further exploration, I recommend downloading the place file I use for testing in my GitHub called “MechTest.rbxlx” and play around with it by dragging the LTarget.

If you do use any of the resources provided within a game please credit me in the description or an in-game credits screen. Otherwise, the project uses an MIT License.

Edit: Disclaimer for the mech legs model included in the project file which demonstrates the constraints mechanism.

Yeah to be honest I made it in the image of the Touro from Brigador which is a mech game that rekindled my interest in making mech games on Roblox and started my scripting journey.

Luckily and wisely I emailed the developers to confirm permissions and they have been really supportive of my project, and the good news is that it should be fine if it’s free for the community.

But yeah don’t try to monetize and use it in a real game due to how the American copyright law works and how the devs are working hard on a new Brigador game. The blocky industrial design of the current legs is way too similar I suggest just making something totally original for the best.

I will try making my own mech designs like I once did with Roblox games like build your mech/cybersuit and Plane Crazy by @rickje139 and @madattak but sadly I have less time than I once did before.

In the meanwhile please support the Brigador devs by buying Brigador in you are interested in the retro game genre, but be aware the game has quite some mature themes as it deals with war themes like most works in the mech genre.

The Future of the Project

As of 19 January 2021 this project is deprecated in favor of my new IK method CCDIK.

Hello there, I’m @dthecoolest and this is my third open-source project which I made to contribute back to the community. Credit One of the main reason this project is open-source, couldn’t have done it without them: @JohnathonSelstad - Blogger who posted the tutorial of Psuedo-Code of CCDIK check out the inverse kinematics on his website on GitHub it’s very cool. @EgoMoose - The rotation between two vectors trick really come in useful and helped when translating Unity code to lua code. Robl…

The reason being this newer module is better scripted and doesn’t have the (0,0,0) orientation requirement of the current method. Moreover, it’s easier to set the constraints using a dictionary and attachments rather than welding the parts onto the model than creating objects for it. Currently, planning to create one massive IKController with both FABRIK and CCDIK combined stay tuned I guess.

Thanks for reading. Please message me if someone has made a giant enemy spider with inverse kinematics or have used this project.

75 Likes
Questions on Motor6D manipulation based on IK constraits
6 legs walking tank build
How to animate inanimate objects
Inverse Kinematics
What are you working on currently? (2020)
Snippity snip snip
How to CFrame issues
[CFrame] Figuring out how to rotate from another parts Z-Axis
Experimental Inverse Kinematic and Procedural Animations
yesman10123 (yesman10123) August 26, 2020, 7:09am #2

Nice I might use this in a game im making.

I have wanted to create a IK Rig for a bit, but it seemed complicated. This makes it a whole lot easier. Thank you so much for your contribution!

Really nice module, people don’t know how useful this is.
I’ve tried implementing IK for rigs in my game, but in the end I gave up due to the fact that I suck at math

.
This still seems confusing to me as I’m not good with these terms, but I’ll try setting something up with this nevertheless. Thank you for this module!

Edit: Whoops forgot to mention to set constraints now you have to use the SetConstraints function for the limb chain object 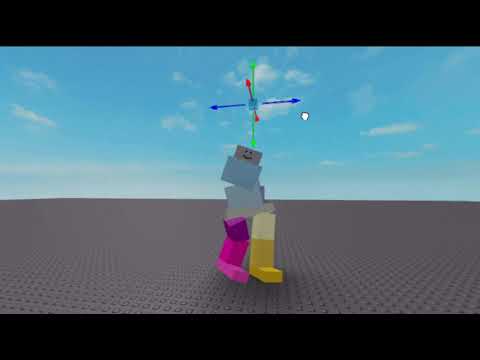 This time the update is very small as I added a very small nil check to the LimbChain:UpdateMotors() function in order for all the parts that are being updated exist before trying to index their CFrames.

Edit: Whoops forgot to mention I deleted the store motor C0 method, feels unnecessary and could be way better implemented so it gets updated alongside LimbChain:UpdateMotors() method which maybe is the problem since it’s a do-all method.

However, the most important change is the attribution and credits section of the community resource where I noted some very important copyright concerns in the disclaimer in order to hopefully avoid future conflicts with the project.

Moreover, I also further listed some of my inspiration towards the project stemming from Mech games on Roblox which Roblox is severely lacking rn I’d be happy if anyone were to take up that task I’m too busy with Uni rn.

Anyways, I’m curious if people are using this resource? If not then, please vote in the poll below to see what could be improved of this resource:

But yeah so far I’m able to make it work for my purpose for procedural animations thanks to @iGottic amazing procedural animation method of doing it client-sided since well yeah the computer doesn’t like too much IK math. It’s the same script but modified to work with my IK method, a few attachments to denote where I want it to step to, and in a module script.

Hope you guys enjoy the resource though and are able to make it work!

Thank you so much for your contribution, this should help alot of people who are confused on using motor6D, the last picture left me laughing can’t lie

Hopefully, to expand on the project a different algorithm should be used and I expect Cyclic Coordinate Descent Inverse Kinematics (CCDIK) to solve my problems especially with hinge constraints.

This GitHub resource thanks to Johnathon Selstad which I found online has a really cool interactive IK arm with some PsuedoCode and a real code example in javascript to help understand CCDIK. Perhaps someone can import it to Lua? It would be cool but would also require some Quanternion knowledge to clamp the constraints of the rotation expressed within EulerAngles. However yeah the way it mentions the possibility of CCDIK to implement a working hinge constraint got me interested.

Inverse Kinematics is the process of finding a set of joint angles that reach a goal position.

For now, the FABRIK works I guess, I wanna make my mech shoot a gun first so yeah.

Thank you for this. I’ve been looking for a Inverse Kinematics on roblox. I can now start my very long and painful progress for my War Of the Worlds Tripod for my game.

Do you have the File for the Floppy Man?
I would like it as I need it for a reference for my tripod legs. 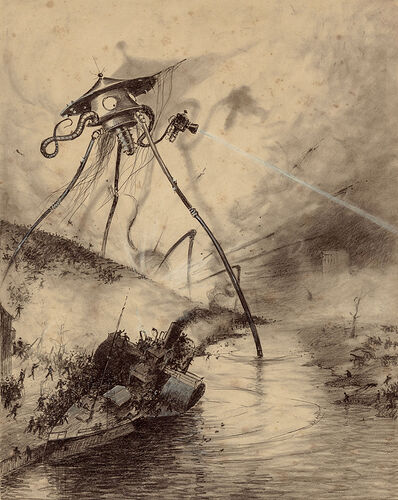 I believe it’s already there in the place file in the github I placed him in replicated storage, and the server script controlling is a disabled script called MultiChain which you will need to re-enable.

I reenabled MultiChain. Also Found Floppy Man and r15 inside lighting.
I tested them out and it seems there incomplete as they do not move but are rigged

Here is the rbxlx file, sorry the server script wasn’t updated with the new location of the LimbChain module which is fixed in this place file.