Disclaimer
Not all games take the same design process, and consumers are always moving on to new things, you should take it upon yourself to research the market you are entering and taking what you learn from this as pointers to how to apply what you find and study.

These concepts do not nessecarily apply to Roblox but game design in general that can be used outside of the platform such as Unity.

Who is this guide for?
This guide is for people who are having a hard time making design decisions such as adding or removing a feature from their game and don’t know how to constitute it. Typically even someone who wants implement common ideas to create their own narrative design.

Lastly
If you believe this guide has been useful to you or would be useful to someone else please share and rate this thread below. If it does will I may do more.

So out of pure boredom and since I’ve found these things to be so useful when structuring and planning future projects as well as current projects to ensure that I don’t miss anything and to allow me to get a clear goal that I’m working towards, I decided that I would write and share a game design document. Now, of course, each game will have a unique game design document with its own structure and content, but I figured a template could do to help get you started as well as to give ideas on wha…

When you first start planning your game you are usually going to be look for a genre you want which will be enjoyable for you and your team. Usually different games require a broader expansion of features to work and while sometimes this is true you don’t have to actually implement everything immediantly. The first thing you should be focusing on is answering these questions.

Ex: My game is aimed towards an older audience of about 15-18, the learning curve of my game can be fairly long because the fun of this game is learning new strategies. Our game is different because it focuses on putting two people together who will build up their fortress. Their goal is to upgrade their defenses and unlock arsenals they can use against the other team, each team is rewarded with a better prize based on who does the most damage out of the other teams. The game consist of different round types that keep the game loop interesting such as infection, clone wars, and more. I intend for this game to be both a competitive and social experience through teamwork.

After your understand the game you want and what you are trying to achieve you can start going to town on turning an idea on paper into something playable. Here is what I believe you should try that can help you be productive while not losing interesting – understand however you should do what you now works best for you.

I can’t stress this enough, treat this stage like its your rough draft and not your final essay – your planning stage was the talking points, we are jogging, not sprinting!

Note: This is based a little on how @Sharksie does it and depending on the scale of the feature this can sometimes work or not.

So we got concept made, awesome! We got feedback from our friends on how they feel about it. Now comes the hard part.

What do we keep, add, and remove?

Based on your data you gathered you should compare it to your questions you answered versus your responses. Here is a list of things you can look for to help you make a good judgement:

Now it comes down to you to figure out what you can do to fix this as the designer, gamers don’t always know what they want or what’s best for them and highly suggest you watch this: 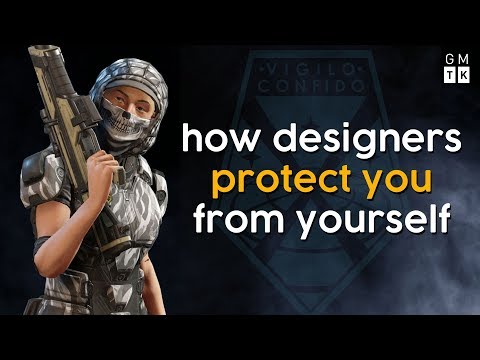 Rebuild, Rescript and Pitch your Game!!

If you reached this stage you should officially have a playable demonstration you can show off to potential co-developers that will be more likely to join on board with your project (May cost to do so) and the reason you should sometimes wait to do this at this point is a few reasons.

When going after professional developers on forums such as Unity, DevForums, or anything else the biggest things to list out are the following:

Alas here we are, our game was rebuild from the ground up, cleaned, and hopefully with few issues that were made avoidable. Now we have to go back out there and test our game again! Try whatever you can do to get your game out there – you may not always get backers but social media is on your side like Twitter where developers may share your post and hype up your game.

Ask friends to help by playing in the game, including clans you may be involved with or other communities. The more socially active you are the bigger chance of success you have with getting your game noticed and having server with players early on will help anchor the new players that come from roblox web advertisements or curious followers on twitter.

I highly suggest you give players a way to send you feedback through a Discord web hook:

Introduction I’ve been scripting for a long time, and as a result, I’ve come up with various different ways to do things as opposed to more traditional methods. One of these methods I’ve come up with is using Discord Webhooks to track and/or notify me of whats happening in my game. Without further ado, here’s the tutorial. What is a Discord Webhook? a Discord Webhook is a handy little feature built into Discord that allows developers to send messages without the use of a bot(and in-turn a web …

Also look into analytics tools to help you figure out where your players time is being spent and where they are spending as well:

I’m barely scratching the surface of the capabilities of Game Analytics. This module will allow all functionality of GameAnalytics to be used, and I’ll leave links so clever people can go do that This is a long tutorial but all the steps are super easy, and for most capabilities, very little scripting knowledge is needed Set Up . . . Okay, step 1, get my analytics module! Okay, once you’ve done that, put it in a game, preferably a blank baseplate whilst you get use to this. The only thin…

There are many other tools out there but these users created these guides for you to have an easier time during this stage.

By this point you should feel much more confident about adding onto your game with what people can do but just keep in mind you want to make sure the game stays balaced and the core game isn’t disrupted due to it.

On a site like roblox “Beta” is a title you may get stuck with for months to a year before you want to claim your game has reached what you intend for it to be – the full picture.

Use this title respectively has labels such as “Alpha” and “Beta” become overused buzzwords just to keep players around hoping for more.

This is a stage where your game is stable, and the original picture is finished, you are done creating your economy and there is no need to wipe players data.

The core job you will have here is simply maintaing the game as roblox releases updates and push out new content as you spend less time on big features which should not break your current stable game.

Was this helpful to you or someone you know?

Great post. As an addition, DieSoft recently open-sourced a Game Design Document which may be of some use to anyone following this thread.

So out of pure boredom and since I’ve found these things to be so useful when structuring and planning future projects as well as current projects to ensure that I don’t miss anything and to allow me to get a clear goal that I’m working towards, I decided that I would write and share a game design document. Now, of course, each game will have a unique game design document with its own structure and content, but I figured a template could do to help get you started as well as to give ideas on wha…

Very nice thread, This would be very helpful for people trying to get into the gaming dev industry.

When I went on projects in Unreal Engine and Unity the lead’s problem was usually when they started trying to pump out an amazing detailed level and expected it to be the best. That project died mainly in a few weeks due to miscommunication.

My biggest pet peev has been seeing job offer threads with little to no context or has some of the “contact me in private” attitudes that can rub someone the wrong way or make them believe that person isn’t confident in their project.

Pitches to me are vital to getting people so by principal I refuse to recruit with nothing but just an idea and no demonstration. If you ever seen threads like Unity or Unreal Engine, those are very common problems and the better the thread and professional the higher the chances of you getting an equal quality developer interested – and I hope this thread got that point across.

I’m actually using that lol, I posted it in the thread above now – thanks for reminding me as it’s honestly the best thing anyone can do use to organize and apply what they learned here.

I learned a few new things from this. Keep up the good work!

Cool, Sharksie also made a thread killer on my thread a while back that elaborates further his approach: https://devforum.roblox.com/t/time-frame-for-game-prototype-creation/61078/2

One of things about game development that I like is that people tend to have different methods for how they make a game. This is definitely awesome post and a good tutorial.

Will that be paper or plastic?

but thats just a theory

Ha, now I have a tag line for the next one.

Going to cover my favorite thing in the world and that’s understand what sounds get used in games, when, where, and why.

A lot of people don’t realize they are unknowingly being trained to respond to distinguished sounds and why such as how sneaky lootboxes actually are.

Hey, good old diet DevForum here. Can you share with us a slightly more public link. I’m interested in seeing what DieSoft has to say, as he always has been a great developer

Haha, no worries. Here is the link to the Open-Source Game Development Doc. Unfortunately, I’m unable to show the contents of the thread beyond that.

When going after professional developers on forums such as Unity, DevForums,

++ Here’s a free game development agreement generator—a resource to consider for projects that may require collaboration of any sort.

Still got that planned?