How many studs is there in a meter

Gravity is the only relevant metric, everything else is relative due to the different perspectives.
Some ants for example can run just as fast as a cheetah relative to its bodysize but in absolute terms it is obviously slower.
Gravity on the other hand affects both animals exactly the same but from the perspective of the ant it affects it many times more than the cheetah, and an ant jumping up its body height will reach the ground much sooner than a cheetah jumping up its bodyheight.

Now you jump in the air and compare the time it takes for you to touch the ground again compared to the time the ingame character takes to do just the same and it is pretty much the same deal as with the ant vs the cheetah example except that I don’t think you can jump several times your body height like the default roblox character.
That is why 20 studs = 1 meter assuming that default ingame gravity = earth gravity.
It is of course just as correct to assume that 1 meter = 3 studs in which case we are playing human-sized characters on a planet with 2.6 times the surface gravity of Jupiter.

It really depends on what the units of mass actually are, since inertia is independent of gravity. But I don’t really know the answer to that.

But gravity is independent of mass too (atleast for the object being attracted by it), that is why a feather will fall just as quickly as a stone if we ignore airresistance

Yes, but if you push on an object with the same force, it will always experience the same acceleration regardless of the gravity field it’s in.

Thanks for the replies. So to summarize: If you scale from human-sized buildings to Roblox size. The measurements would be 1 meter = 3 studs. Although in accordance from a Roblox blog post: Gravity in roblox is 196.2 studs/s^2 (print(workspace.Gravity)
Gravity on earth is ~9.81 meters/s^2

I know this is a very late response to this topic and that there is already a solution but I wanted to share what the walkspeed was if I were to walk 16 walkspeed. So what I did was measure out a length, which was 102.05 studs, and then set a timer and walked to a brick which stopped my timer. So the calculation here is, if you have 20 studs per meter, 102.05/20 which would equal 5.1025 meters. If you are passed freshmen year of physics class you would know that if you take the distance divided by the time you would find the speed of an object. So the time I got was 6.6 exactly and so I did 5.1025/6.6 which gave me .77310606 m/s.

Are you sure the workspace gravity should be 32.2? i tried it and it seems to be like you are walking on the moon.

32.2 studs/s^2 is technically correct if for 1 stud = 1 foot, but you have to adjust Humanoid.JumpPower accordingly, to ~8.2, but I still don’t think this ends up looking too good so I usually leave gravity as is. I think the very high default elasticity of collisions has a lot of do with how it looks. Also, falling things look slower when there is no motion blur or when you’re zoomed out with little sense of scale.

Correct, everything is relative, if you used to high jump power and high gravity, obviously moving to a lower gravity is going to seem moon like. However yes 32.2 is correct. You have to adjust jump power and other physics objects if you didn’t design around a gravity of 32.2. 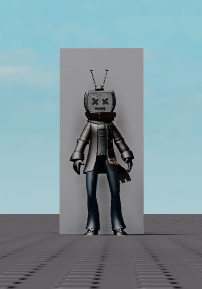 This contradicts what they said in a blog post years ago, though, where “one real-world meter is 20 studs”.

84 Likes
Studs to metre conversion?
[Broken :(] Studs Calculator
How could i detect if a player drove a mile?
How to I increase the size of a player
World Panel Settings Now Available
Meters to studs?
Making a combat game with ranged weapons? FastCast may be the module for you!
1 Stud = 1mm? [Solved]
Physics Equations with Roblox Units
Which system of measurement is used to confer Vector3.Magnitude length? Metric? Imperial? Studs?
What is the Real World Size in Roblox?
phenomizonalt (phenomizonalt) April 14, 2019, 3:40pm #31

studs/meters = 50/14
For every stud, there is .28 meters and for every meter there is ~3.6 studs, just saying you may of gotten your math mixed up and it just didn’t make sense to me.

So I was just trying to implement the most realistic gravity possible, and it turns out 1 stud is EXACTLY .92 feet according to the physics.

So yes, I would say that .92 is both proportionately and physically proven based on those numbers. Who knew Roblox Classic physics were based on .92 feet per stud? Kinda interesting I think, I just stumbled across it.

By 36 studs do you mean 3.2 studs? Sorry for bumping this but, I think that’s another typo.

according to the roblox wiki, a stud is 5 cm

it is going by the R6 character

look at the solution, it clearly says the new and updated answer.