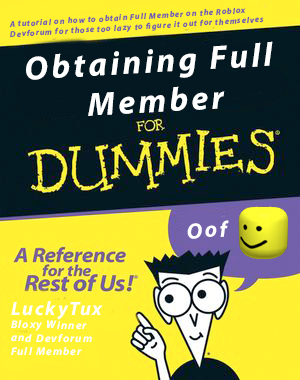 Complete membership on the devforum has always been something that many people strive for. It’s something given to the best of the best, a sign to show ability, skill, activity, and shine on a spotlight on reliable developers. It signifies who the most well known and most influential developers on the platform are which causes it to be sought after at great lengths. Through this article, I will convey the most reliable methods to obtaining this honor alongside some tips to make your attempt at moving forward less difficult.

Before I continue, I’d like to point out one of the serious problems that could be hurting your chances of being promoted. I understand that many of you are excited to finally be able to post here as New Members but I’d like to point out a serious mistake that we all see time and time again that immediately makes us believe that you aren’t ready for Full Member: posting before reading the rules. It may seem crazy to some of you, but the concept of making sure you’re allowed to post something or somewhere is causing the Top Contributors to write you off from possible promotion. Even if you follow all of these steps perfectly, if you don’t understand the rules, you will not be considered for promotion. 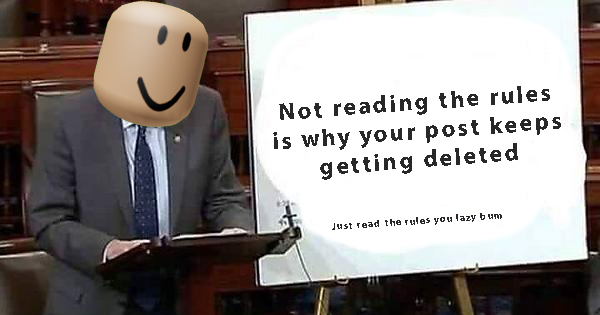 I am a New Member, and I want to become a Member!

If a Staff member or Top Contributor witnesses a New Member demonstrate repeated acts of greatly beneficial contribution to the Forum, or have demonstrated proficiency above what was expected based on activity and quality of responses on the Developer Forum, that New Member may be eligible to become a Member.

When addressing the methods to earn a promotion, one essential question arises: what options do I have to reach this rank? There are two main paths you can take. These ways of dealing with the issue can best summarized by the terms developing and helping. Although they are completely distinct, both rely on each other for success on the forum. These techniques can and should be mixed together in various ways so that the image of your player can be unique.

That is the essential portion of promotion. If everyone follows these tips exactly, it will become harder to stand out from the crowd and therefore harder for individual talent to be noticed. By combining tips from both categories along with some original flare, you have a higher chance to be viewed as an individual rather than just your role making promotion more likely. 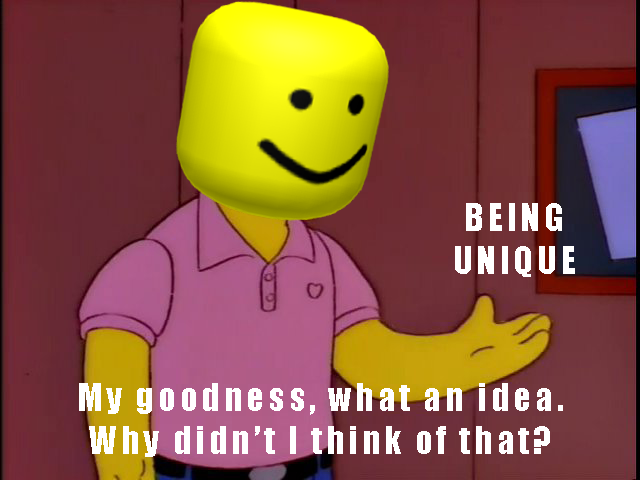 One major method of promotion comes through proving your skill and ability as a Roblox developer. While this alone will not be able to promote you, having this backing is very important. Since promotion is all about who you know and what is known about you, having something phenomenal to show or share is a good way to become “someone” and make you a candidate for promotion. You are in the business of marketing yourself. By showing that you are a capable developer, you begin to become recognized and referenced.

One way to have this come to you faster, is to release creations out to the general population of the devforum. Through the power of community resources, you can make yourself known. By publicly giving something to everyone for free, you can be more likely to become recognized. After all, people do love free stuff. 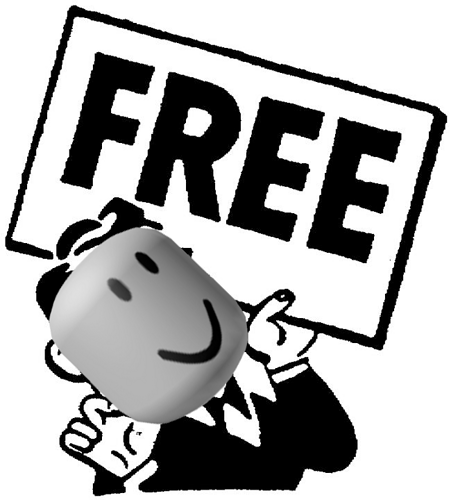 bloxlovesfree650×720 93.4 KB
Personally, that’s one of my favorite techniques. The community is benefited by being able to learn from and use your creation while you’re able to become more recognized in the community for your work in a particular field. This quality of being recognizable also can make you more likely to be hired because your work is already publicly available and known to be unique and made by you. That can spiral other opportunities for you to add more to your resume for when you show the Lead Top Contributors what you’ve done.

However, the secret that nobody tells you is that they that it usually doesn’t matter how skilled you are if you’re not helping the community. All actions on the forum must be done with the goal of enhancing the knowledge and skills of the people on the site so they can be more successful.

Now, let’s say you’re too busy, not experienced enough, or unwilling to give away your hard work to the community for free. Can you still get promoted to Full Member? Of course you can!

The path of positively contributing to the community is one that requires a lot of work, yet can be rewarding just the same. You can contribute to individual members through responding to help requests in #development-support, by writing articles to teach and inform other developers, and by ensuring that everyone follows the rules. Helping can be done in different ways and each type of helping effects different groups of people. However, the biggest impact can be done through writing articles. 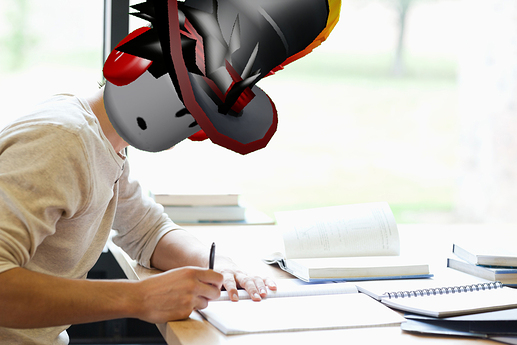 Writing articles to teach and inform other developers can mean a lot of things. It can refer to tutorials on how to use plugins (such as this tutorial on how to use the Hexaria terraform plugin), case studies and polls (a good example is this collaborative essay on how to break development fatigue), guides to other programs that can be used with Roblox (for instance Younite’s Guide to Illustrator) or simply just tutorials on how to use Roblox Studio to its maximum potential (like RuizuKun_Dev’s Simple Scripts for Beginners).

FRIEND: I contacted the Lead Top Contributors asking about getting moved up to full member and they told me that I’d have to wait even though I am helpful and contributing. I looked at your post history and have a question: was showing frustration and complaining in public the method to gain full membership?

ME: It can be. Bringing about positive discussion on problems effecting the development community to cause change can help you get ranked up, but you cannot simply spew out disrespectful nonsense to be noticed. You have to find a way to help the community by your comments while still following the rules.

Just as what was mentioned in the first path, what matters is how your work influences the community. Does it help individuals? Teach others new skills? The goal of the forum is to bring together the developer family to be able to succeed better together. 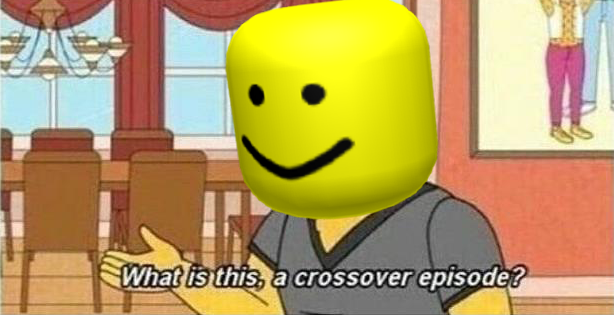 VI. THE IMPORTANCE OF BUILDING CONNECTIONS

“I speak to everyone in the same way, whether he is the garbage man or the president of the university.” – Albert Einstein

So, you’ve played the devforum game. You’ve put yourself out there and you’ve helped some fellow developers, but you haven’t reaped what you sowed just yet. What have you missed? One crucial thing to ensuring your success is to build and keep connections.

Making connections in the developer scene is extremely important. It allows you to find business partners and build friendships to help you succeed when the time comes. It is important to introduce yourself to fellow developers; however, we understand it can be intimidating. Responding nicely to our posts allows you to positively interact with other developers. Likewise, connections can be built through private messages. One such method of introducing yourself to as many developers as possible is through a technique known as the Birthday Initiative. This style of introducing yourself to other developers has helped myself and several other friends of mine to be able to build relationships with fellow community members, including those who would eventually become Top Contributors. 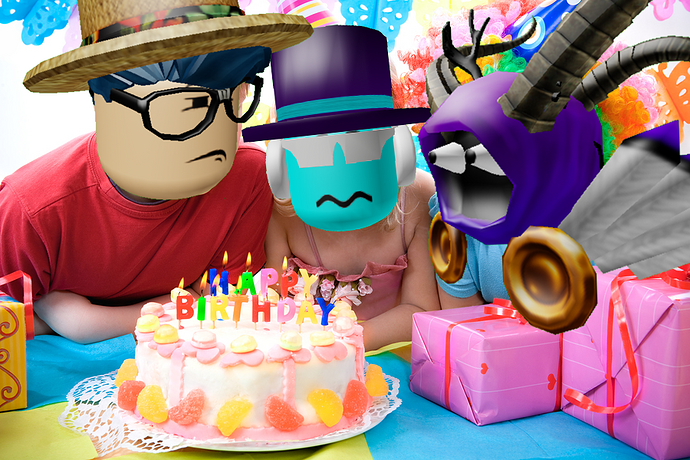 Now that you’ve learned the necessary techniques on how to become a Full Member of the devforum, it is up to you, the reader, to follow the path that suits you best. When you think you’ve put enough time, dedication, effort, and contributions into the Roblox Devforum, the final thing to do is to contact Lead Top Contributors asking for their nomination for Full Member. If you don’t get it on your first try, that’s okay! The good thing about this site is that you are able to grow, improve, and then try again! I hope to see all of you in the #lounge someday soon and wish you all the best in your quest for membership! 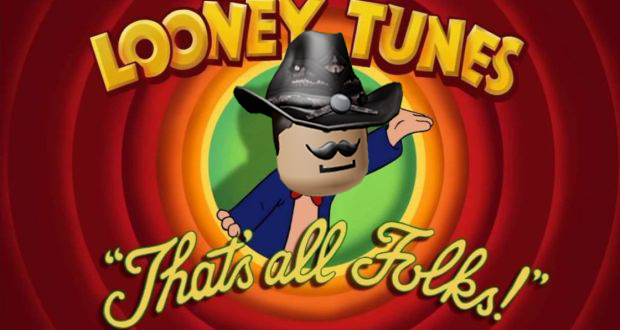 172 Likes
Has anybody actually been promoted?
How Not To Get Sued For Copyright - Everything You Need to Know About the New System
Updated process for achieving "Regular" on the DevForum
How to Contribute on the DevForum [Extra-Brief]
"Cool Creations" Category
Ranking System in Devforum?
How to join the Roblox Developer Forum - remade by a fellow member
LuckyTux, Marketing and Management
LuckyTux - Marketing Specialist (June 2019 Edition)
TheHyb (Isaac) March 18, 2019, 2:44am #2

Well written, and also very informational! Yet again another amazing post from Luckytux

I’m glad you put “read the rules” as high as you did on the list. As you stated it might seem trivial but it really hurts your chances if you repeatedly break rules. Great article!

This article is really helpful for all of us new members!

I will definitely be referring to this!

Talk about a good contribution!

Any reason you didn’t mention using the post approval process to post in #platform-feedback’s Bug and Feature Requests sections?
I ask mainly cause I used the process to post in said sections. Which was crucial in helping me attain full-membership.

That falls under reading the rules.

@JustSeanC beat me to it 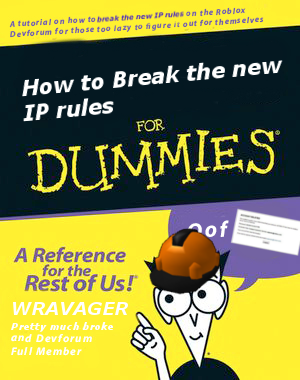 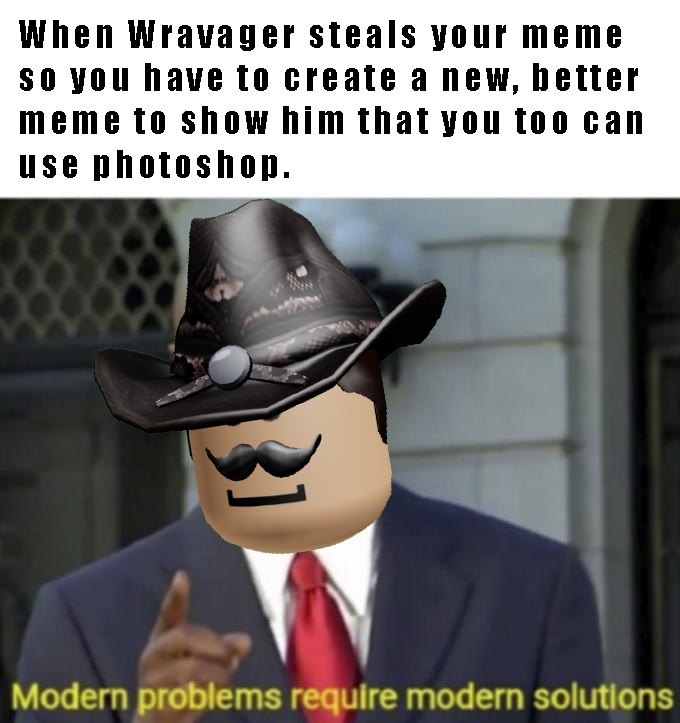 Amazing guide and love the pictures you made should’ve had IcyTea wear a shirt with “not a dev” on it tho but oh well lol. Bookmarked!

this is just awesome

I use GIMP thank you, should be pretty obvious by the author tag why lol.

I will legit use this and read this every single day

Thank you! This resource is very informative and helpful. Hopefully after reading this, my chances at receiving the full devforum member status are better.