Use Tag Editor and thousands of other assets to build an immersive game or experience. Select from a wide range of models, decals, meshes, plugins, or audio that help bring your imagination into reality. 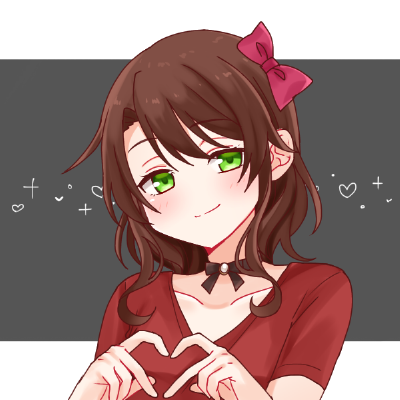 This is a plugin for editing CollectionService tags. If you aren’t familiar with what that is, please read the wiki page and then continue reading this post: http://wiki.roblox.com/index.php?title=API:Class/CollectionService

This plugin allows you to create tags, and then assign them to objects in your game. You can also visualize and view a list of what objects have a given tag, and so on. It’s become an essential tool in many game developers’ toolboxes.

CollectionService allows you to avoid copying and pasting scripts throughout your game and avoid scanning the workspace for hardcoded names. It makes it easy to add scripted behaviors to objects created by level designers on a multi-disciplinary team.

By handling both the added and removed signals in your scripts, it makes it easy to write code that’s compatible with StreamingEnabled.

For example, in the old days someone might implement a kill brick by writing this Script and putting it inside their first kill brick:

Then they would copy and paste that kill brick thousands of times throughout their place. Then they later realize that the brick only breaks your legs off and doesn’t actually kill you when you jump up and down on it, and they want to replace it with this:

But now they have a dilemma, that they have thousands of copies of this script that all need to be individually updated. There are a few solutions to this problem today that are used:

CollectionService gets around this in an intuitive way. You’d write this script:

Then you can add a new tag to the tag editor like so, which level designers can then assign to objects in the world.

Then, when you realize later that the kill brick chops your legs off instead of actually killing you, you just change that one script.

By doing it this way, you able to dynamically tag and un-tag kill bricks whenever you like, and you can also assign multiple tags to a single part to create compound behaviors.

Note that about half of this snippet is code that can be extracted into a module script and shared between all of your game objects. For fans of OOP, you can also easily reimagine this into an object with a :destroy() method, but I left it out for simplicity of the example. The Maid pattern also works excellently in this scenario.

The old plugin was 500 lines in a single script file. The new plugin consists of over 5000 lines of code, and also uses Roact and Rodux.

I needed to redo the UI so that it’d work well as a PluginGui when that goes live.

When this feature goes live, the plugin will automatically begin using it.

As you can see in the above screenshot, every tag can have its own icon. These are selected from the FamFamFam Silk icon set, which is the same one used by Studio for the Explorer icons.

Because the FamFamFam set has over 700 icons in it, I needed to create a nice UI for selecting them. So I created an interface with categories, search, and a preview window.

The plugin offers built in visualization by selecting the “World View” button.

When you toggle this, it will show objects with tags depending on how you have them configured.

You can configure how each tag renders, with the following options:

You can also quickly toggle a tag on and off by clicking the lightbulb button on the main tag list.

Enabling the world view also makes it so hovering a tagged object with your mouse will create a tooltip showing what tags it has. It also shows the name and class.

The box and sphere display options display a colored box. As such, there is a color picker so you can select the color to use.

The instance view shows a list of all of the instances with a given tag, which allows you to quickly select one or more of them. The selection syncs with Studio’s built in object selection.

Some developers have a bunch of tags that are all related in some way, so there is a grouping feature that allows you organize your tags. The groups can be expanded and collapsed.

187 Likes
Add a tag property to all objects
I would like to see examples of Collection Service in use
May Recap: Here's What You Might Have Missed in the Developer Community
How to have 1 script reference multiple of the same model
How Would I decrease Lag In A 100 Player Server
Are there any limits to Instance:GetDescendants?
I want to learn about CollectionService and RunService
Bloxxer's Studio Development Setup
Best way to organize a game for a level of detail setting
Fastest and efficient method to detect certain type of cloned parts?
Best way to deal with multiple copies of the same script parented to objects
Justice, the awesome NPC system
Struggling with making a streetlight script
How to make more complicated CollectionService doors?
CollectionService in a nutshell
How does the project format in Rojo compare to the standard format used within studio
How to turn all lights off from one button?
Pathfinding agent stutters after a minute of use
DataStore2: How to access the datastore in other scripts
My game content (models, directories, scripts) is all over the place! But is is a mess? Or is it normal?
Which one would be the best?
Allow us to recolor class icons for organization in Explorer
Asians FTW Community Group Information
Help needed with a coin system
Justice, the awesome NPC system
Issue With Using CollectionService
Tag Tracker Plugin
What Libraries or Tools are used for scripting?
How can I use the same script affect alot of parts?
KillBricks not working
system closed March 6, 2018, 5:16am #2

This topic was automatically closed after 1 minute. New replies are no longer allowed.