Use Nexus VR Character Model and thousands of other assets to build an immersive game or experience. Select from a wide range of models, decals, meshes, plugins, or audio that help bring your imagination into reality. 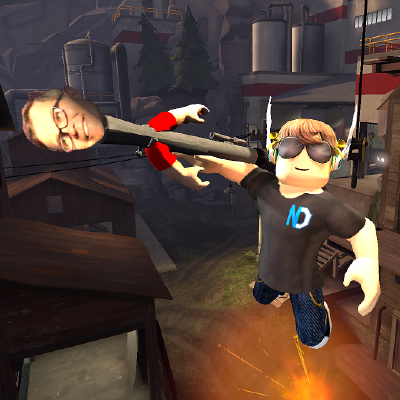 Maps Roblox characters to the VR inputs of players.

Support me (because this project has been VERY expensive with no return):

Become a patron of TheNexusAvenger today: Get access to exclusive content and experiences on the world’s largest membership platform for artists and creators.

Nexus VR Character Model is an open-source VR system for allowing players to play as their Roblox character in first-person. Included are both teleporting and smooth locomotion, first and third-person views, and support for physics, seats, and vehicles.

For integrating to make VR easier to work with, Nexus VR Core is included. The setup steps can be ignored since it loads everything.

Check out Nexus VR Character Model Demo. It’s one of the millions of unique, user-generated 3D experiences created on Roblox.

Nexus VR Character Model is free to use. If you are looking to make changes, please contribute to the GitHub repository instead of using a static version since many others may want a specific feature that you are adding. Changes from me are not guaranteed because this being a free project and I may be focused on other projects.

Woah this is really nice

That robloxnintendonerd guy could’ve been a jumpscare

We really needed more VR content on Roblox. Way to push the envelope.

i can’t figure out where to put the script, you should add that to the opening post.

It should be put into ServerScriptService. I am not having any problems doing the same.

Sweet work - yeah, the 3rd person view in VR was pretty weird when I tried playing Roblox with VR some time ago.

As for the issue with R6, having the option to convert players to use R15 would be good - since the character model will affect how VR players sees the game more than just their choice of avatar IMO, and should take priority in this case.

Will definitely be using some components of this for an upcoming game - great work!

I am blown away, nice work!

Something I will need to investigate tomorrow is the character not starting for HTC Vive owners. I already listen check on start if VRService.VREnabled is enabled, and listen to it changing, but it doesn’t seem to start.

Something I will need to investigate tomorrow is the character not starting for HTC Vive owners. I already listen check on start if VRService.VREnabled is enabled, and listen to it changing, but it doesn’t seem to start.

Update is out for this. Also adjusted the calibration, and the “anchored” parts are now updated on RenderStepped for the other clients. This should address tools randomly moving on other clients.

I’m excited to see what people do with this

I believe you can only use the joystick (Teleport) to move.
Also, this script hasn’t been updated in years by the looks of it.

I have just completed a complete rewrite of Nexus VR Character Model, and it is a big release. If you use an old version, I would strongly suggest updating, which should be a drop-in replacement if you didn’t rely on any strange behavior of it.

Versions V.1 was not maintained in this GitHub repository. Changes Changed loader to fetch the latest code instead of using a static version. If MainModule is directly under the loader script, th...

how do I make weapons for it? like guns or swords that actually kill people

Nexus VR Character Model does not alter Roblox’s implementation of the backpack in VR. Melee weapons should just be made as if they are for a normal character. For ranged weapons, you need to do the same except removing any type of mouse aiming and just fire straight in front for the gun.

Ah I see that’s what I was missing, thanks alot.

Is it possible to make it so the character can pick up items?

69th like
Good job Nexus!
I’m surprised this isn’t already standard if David Bazooka really wants the Metaverse. This is a significant step toward that reality!