NOTE: This tutorial is for the scripting end of mesh deformation waves. If you need to know how to make the wave itself, check out this tutorial here or download this sample model. Now onwards with the resource!

Using a formula called the Gerstner wave formula, making realistic-looking waves in 3D games have been really easy, and the end results are always stunning. In this resource, I will cover my module that simplifies skinned mesh waves, and you can get your water to work with just a few lines of code! Also, this module should only be used on the client, to prevent unnecessary server strain. (And every client’s wave should be synced, as it uses UTC time)

Make a new wave instance that you can use to use update functions. If a table of all bones are not provided, it will find every bone descendant of plane and assume those to be the bones.

IMPORTANT: When you used to provide a direction of 0, 0 for the waveSetting’s direction, it would error because it did not know what direction to go to. Now, instead of erroring, if provided with an empty Vector2, it will instead generate its own directions using the perlin noise algorithm, which gives the waves the effect that it is not moving in any one direction.

Updates the wave every frame, according to wave’s waveSettings. This should be used to actually start the wave movement, and the :Disconnect function can be run on the returned connection to stop it at any time. (although you should probably run Wave:Refresh() after you do that, as the waves will be stuck in their last position)

Updates all of the wave’s bones and uses wave.time as time. wave.time must be set manually.

Updates all of the wave’s bones to their original positions, setting the wave to be a flat plane.

Destroys the wave object, useful when saving memory. This should only be used when a wave no longer needs to be used. This will not destroy the wave plane, rather any cache, functions, and connections associated with it by this module

In this example, it makes a simple wave moving along the X axis using default settings.

In this example, I used my own waveSettings to make steeper and slower waves, and then disconnect it after 10 seconds (because why not).

In this example, I use a follow part to make the wave’s direction look more realistic

Final Result With Perlin Noise:
(When inputting an empty Vector2 in the wave’s direction)

Linked below is a place that uses the basic wave linked at the top of this post and my module to make slow and calming waves. Press "X" key to toggle fly, and go ahead and see how it works! For this example, I set the direction to (0, 0), which means the perlin noise algorithm will be used instead.

Thank you for viewing my module! I hope that it can help you in some way and make you a better developer! If you enjoyed this or like the final results, it would mean a lot to go ahead and press the heart button right underneath this to show your support. If you have any questions or problems with the module, feel free to comment down below and I will help you.

271 Likes
Seamless, endless, and performant custom water using skinned meshes and PBR
Making A Mesh Deformation Ocean
Scripted Football!
How to use mesh deformation for accessories
Action Required: MeshPart Heads & Accessories (May 27th)
Realistic Infinite Ocean With Bobbing/Rotation and Floatation
Realistic, redesigned water
Any way to fix these Triangles around the edges of my water on my terrain?
Where do I even start with a Gerstner wave floating system?
Is it possible to increase a mesh parts size past 2048?
How do I make water like in fishing simulator
How would I make water physics?
I am trying to make a custom wave
Get height of wave using gerstner
twiceLanguish (isle) April 10, 2021, 2:33am #2

Great tutorial. More efficient that the scripts I made. I’ll link back to this one in my post.

Really cool. I made something very similar to this for my portfolio however it is very cool to see other options for ocean mesh deformation. Wish this was out before I took the time to create a system myself.

再见！(Translate it, I dare you!)

Zàijiàn. Google translate for the win.

I will check this out later!

Is there any function to get the wave’s height from a xz-coordinate?
This would be useful to implement custom floating.

Am go check this out
may be cool!

Good idea! I am working on making a function where you can get the CFrame of an object as if it were floating on the wave.

Is it possible to create tsunamis with this? I really want to test this out!

I suppose it is possible, and change the steepness and the WaveLength to a higher number.

I have now added a feature where before, if you had PushPoint disabled and your Direction was Vector2.new(0,0), it would error because the wave has no idea where to go. Now, instead of erroring, it will come up with a direction on its own using the perlin noise algorithm, to make realistic waves that do not go in any one direction! See this video to get what I mean:

As you can see, the waves do not go in any one direction, and should be used when you want waves going to no one place. This also includes support for multiple wave planes put next to eachother, as the direction for each point in the wave is decided based on the plane’s X and Z position, so positioning a plane next to another plane, you should see a seemless transition when using this.

Simply changing the .Transform property of 2 hundred bones takes about 1 ms, which is a lot of time for such a simple effect, do you have a way to mitigate this performance impact?

Unfortunately, there is no other way to be able to make it faster without lessening the amount of bones, making the waves look less realistic. 1 ms is about the fastest it can go, and luckily, 1 ms is fast enough to not have any noticeable performance impact when rendering the waves.

Thanks for making this. It will be very helpful for those of us without Blender expertise to be able to experiment with this effect.

I did a quick test of your sample place and it looks cool. I don’t think I’ll be able to use it for a flying game as the mesh render distance isn’t far enough. At a typical airplane cruising altitude the mesh will not be rendered. Also, I think it might be hard to make an area large enough to pass over so quickly(as in an airplane) and keep up with rendering the next section.

Should make a lot of boat or beach games look awesome though.

You can change the render distance in the wave settings

Im pretty sure you can fix this by going to the plane mesh and editing a property called RenderFidelity. It decides what happens to the level of detail after a certain distance away from the character.

I checked the sample place and the plane mesh is already set to precise, which is supposed to render the most detail regardless of distance. 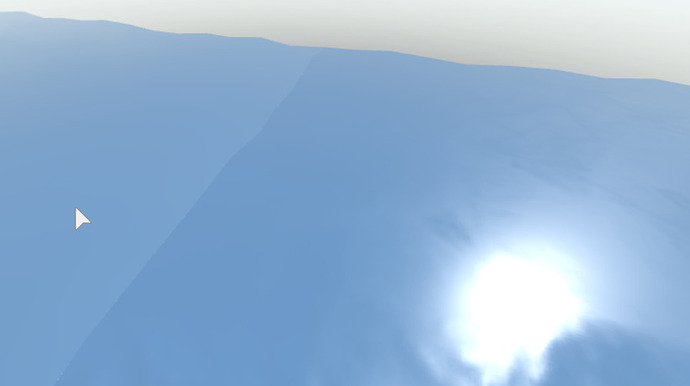 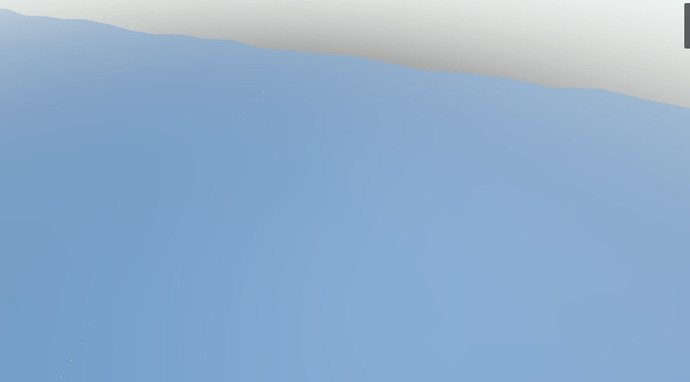 Are you on the highest graphical setting?