I know it’s a cliche to say this BUT WHERE HAS THE TIME GONE?! I joined Roblox just over 6 months ago and here I am writing a post to cap off the year

As 2022 comes to a close, it’s time to reflect on the year and showcase the accomplishments from the Roblox developer community and what our team has been able to achieve. In 2022, we saw a number of innovative experiences created by our talented developers, as well as new features and updates to Roblox. Before we take a look back at some of the announcements of the year, let’s dive into the developer community.

Last week, we asked the community to share some of the items they worked on using products or features that were rolled out in 2022… and you did not disappoint. We had so many entries that unfortunately, we had to cut some of them

That said, we are constantly inspired by your work, and are excited to showcase submissions from the community. Whether you are a seasoned Roblox veteran or just starting out, there is something for everyone to enjoy and explore in these creations. 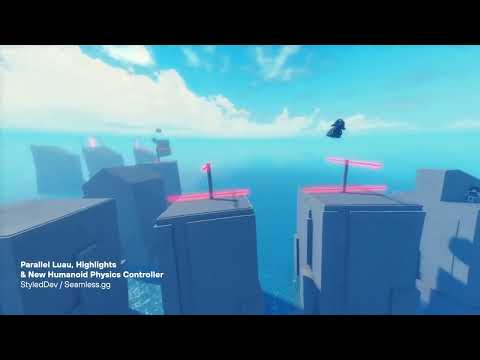 Let’s take a closer look at some of the standout features that were showcased in the video, and also go over features that you may have missed! 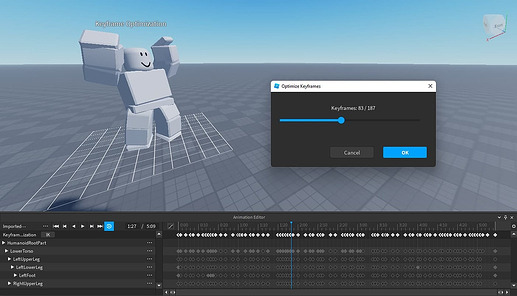 This was another popular tool used among the developer community for this year! As a quick refresher, CanvasGroup is a tool that allows developers to group UI instances together and render them as a single item. It also allows developers to apply transparency and color tint to the entire group using the GroupTransparency and GroupColor properties. This makes it easier to manage and customize complex UI elements. 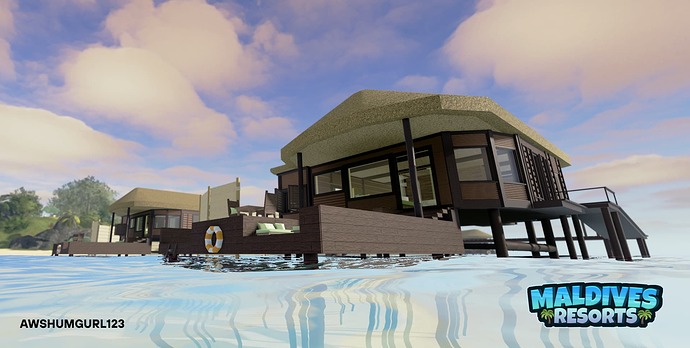 “Over the year we completely redeveloped our resort-based experience with the aim of offering users a realistic, virtual holiday within the metaverse. One of the 2022 features used by our UI designer was the new CanvasGroup feature, which aided us in creating an intuitive user experience.” - awshumgurl123

With its official release last month, we have seen so many developers take advantage of this feature, specifically customized strafing and backpedaling. Personally, I was really excited about this update. As much as I loved to see my character moonwalk, I think we can all agree that this is much better than that.

Earlier this year we introduced a way for developers to sell game-related items in-game! As showcased in our montage by ValiantWind, DarkPixlz, OhLordiez, Mxhmoud, GamersInternational & BIack1st, they created a product shop within their experience. This was a feature that was highly requested and showcased in branded experiences such as the Lil Nas X Concerts and the Gucci Garden World! 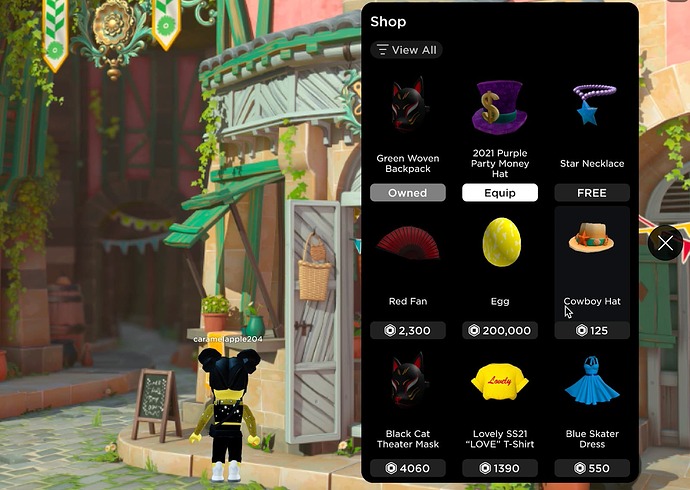 In October, we were stoked to release Particles’ Flipbook for all creators! For those unfamiliar, this feature allows developers to animate particles over the course of their lifetime! Along with that, we add additional texture sizes so you have more freedom with your animated particles.

Just like what Lovespun did with her .gif down below!

I made these sparkles by making a texture of multiple frames of the sparkles in photoshop. I then created a particle system in Roblox studio for my sparkles texture and enabled the new Flipbook feature - Making the particle system loop through the sparkle texture. Lastly, I adjusted the speed on the particles and made them float around the avatar in random positions, creating cute little sparkles around the avatar kind of like an aura!” - Lovespun

This year we released the User Generated Content (UGC) Materials and Built-in Upgraded 2022 Materials. We know a lot of you were excited for this release and wanted to show off what you have done when enabling MaterialService.Use2022Materials property. 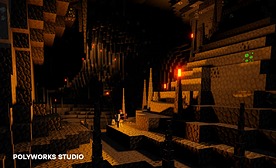 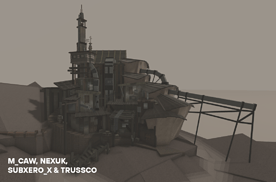 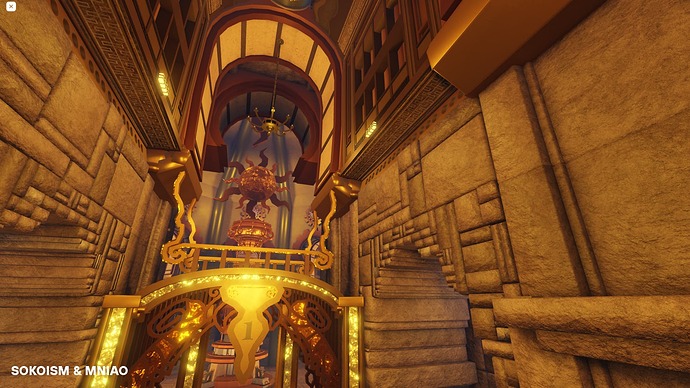 This physics controller was redesigned using the same objects and constraints as the rest of the physics engine, which made it more accurate and customizable. The new design also made it easier to optimize and customize in the future. You have provided a ton of valuable feedback and we’re not done! We will have more to share in the new year! Keep in mind that this feature is still in beta so be sure to play around and provide us with some feedback!

Facial Animation, previously known as Dynamic Heads, was released back in June and has been very popular among the community! Developers are able to include avatars with dynamic heads and facial animations in their experiences. The release also included the full release of Automatic Skinning Transfer, which meant that developers can use facial animations in their in-game avatar editor, for NPCs, and for other in-game animations and emotes. The possibilities are endless!

One of my latest outfits on a character using one of the new dynamic heads. I used the new motion capture feature to animate it!" - Mimi_Dev

The 3D Importer is now available for production use. It allows developers to import a wide variety of 3D models, including avatars and animations. Just look at what teddyraptor5 imported after working on a 3D Model in Blender! 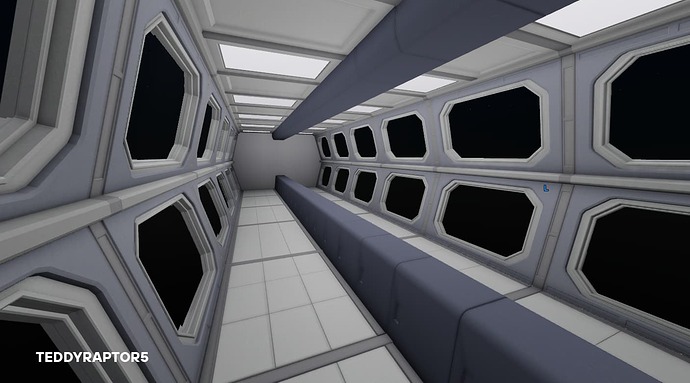 “I used the new Roblox 3d model importer to import a model I made in Blender. The importer helped since everything was in place and I only had to scale it!” - teddyraptor5

To reflect on the past year, we are incredibly proud of all that we have accomplished together as a community of developers on Roblox. From exciting new features and tools to incredible creations built by our talented community, there is no doubt that 2022 has been a standout year for our platform. There were so many announcements this year that we didn’t even get to tackle!

As we look out into the horizon shorelines

and see the beautiful wind

… We can’t thank you enough for being a part of our journey. Can’t wait to see what the future holds and we look forward to continuing to work together to make Roblox an even better place to build, play, and learn.

Time just flies fast, can’t wait to see all the incredible events that will happen on Roblox in 2023!

Why is ScriptEditorService getting left behind. My “plugins as second class citizen” theory is still here

It’s nice to see some “unspoken hero” features brought into the light, wonder what new '23 front-page games are going to show up using these

the best update so far is the live animation creator
although it makes rigs nervous to even copy the human movement, i looked at the page and it gave me laughs
other than that it opened up opportunities for unskilled developers to hop on animating with their cameras!

This physics controller was redesigned using the same objects and constraints as the rest of the physics engine, which made it more accurate and customizable. The new design also made it easier to optimize and customize in the future. You have provided a ton of valuable feedback and we’re not done! We will have more to share in the new year! Keep in mind that this feature is still in beta so be sure to play around and provide us with some feedback!

looks intresting, gotta check that out

plus why was this fast, gotta wait for the eglinton crosstown lrt to open up in 2023

As we look out into the horizon shorelines

and see the beautiful wind

Wait… is that what I think it is?? Updated shorelands and grass wind!!?

(Also, I did NOT expect for my game Kaoç to get featured here, LET’S GOOOOO!!!)

A fantastic year! I look forward to seeing what comes next!

Yes sirr, I have messed with the wind feature it is actually pretty cool it makes swaying effect on grass and increases the speed of clouds, in terms of shorelines they said they were working on a fix for that but haven’t seen much on that just yet. 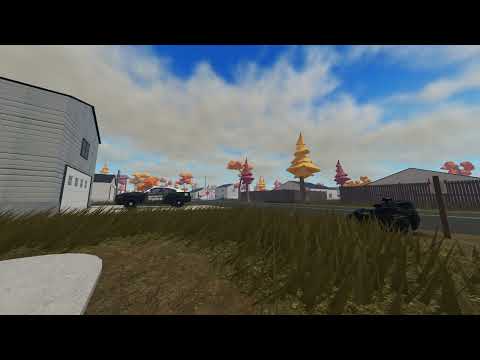 Yooo! Fellow Canadian from what I can tell! Eglinton moment x_x

Cool to see the recaps on this post, and I can’t wait to see what else Roblox has in-store. With all the issues presented, they always compensate with features worth playing around with / implementing.

I wonder why the Highlight instance wasn’t discussed, that feature is something people have longed for.

I messed around with the FFlag a while ago. A little confused on why it hasn’t been enabled ingame, but it’s pretty neat and I hope it gets enabled soon.

My first year in this community. It was a good time, because replies were almost instant. I didn’t expect such an atmoshphere here.
Can’t wait untill 2023.

Can’t wait to see how much better the Roblox engine is going to become and how many more amazing games will be made with all the new features!

Thank you for featuring me and my team’s submission!

You guys don’t disappoint! Thank you for the awesome updates!