Tips on meshing? ( I have no idea how to make a mesh )

Can anyone give advise on how to make a mesh using blender? Thanks

Welcome to the world of 3D modelling! Here’s where a lot of us started:

Blender is notorious for being overwhelming. The keys to it are:

Hope this helps get you on the right path! And if you get really stuck, literally Google any question with the tool name and “Blender” and 99% of the time there will be three video tutorials on it, five threads on Blender’s support forums, and at least a few 3D artists arguing about which method is better (they’re usually both right). If it’s one thing I’ve learned since starting to 3D model, it’s that modelers talk a lot about 3D modelling.

28 Likes
I got blender! and I don't know how to use it!
What is best program to use?
What's the best way to get started into 3D modelling?
3D Modeling Tips
Where to start with 3D modeling?
How should I start on blender? I'm stumped
Questions on low poly builds
What is a good way to start with building and modelling?
What are resources to learn blender
Modeling Questions
Best program(s) to start GFX or Modelling work?
Anyone have any good videos to learn building in roblox and blender?
I need help with the blender app
How do i get around with using blender for assets?
Need Help Creating a Low-Poly Car
Most user-friendly program to make meshes using?
How to start modeling with blender?
How to make meshes?
How to get started using Blender
New to blender modeling
How do I do Low Poly?
ZylanchewYT (ZylanchewYT) December 21, 2018, 1:29am #3

Honestly, I don’t really agree with this

I always rushed through tutorials. I only ever watched them to learn the keybinds and then went on to create my own work and I started with something doable, but very tough. After I learned the simple 6 keybinds, (Shift+A, E, F, G, Alt+M, and the camera keys, 0-9 on the keypad) I could make anything I set out to do. I’m still learning quite a few and finding them hard to remember with how little I use them though.

I love the look of my work I made 3 months ago. I think I did very good for how little I knew then. As long as you think you did well, that’s what matters.

Comparing work is a good way to learn your own style. I don’t always compare work, but I do it with people at the same stage I am. I don’t compare with professionals or beginners, but someone in the middle that I feel that I’m at.

The one I do actually agree with though is Always Save. Depending on your pc, the build of blender, how your pc handles blender, and a few other factors, it may not go very smoothly and blender is notorious for crashing. Never take that lightly.

Blender has the best wikia ever. Every single tool is documented and anything you don’t understand probably has 17 different videos and articles on it somewhere else on the internet.

I always rushed through tutorials.

I would not recommend suggesting a beginner to rush through training. Just because you had an easy time doesn’t mean everyone will. As I said, Blender is notorious for being overwhelming, and some tools are counter-intuitive to boot. Tutorials help.

For example, I followed tutorials for setting up inverse kinematics on my rigs. If I didn’t use that resource, I would have taken hours longer to figure it out. I’d be silly to not take advantage of that.

I can attest to that, as earlier I was making a low-poly chest, in the hopes that materials would somehow be applicable to a UV map. Unfortunately, the means to do this are long and convoluted, and any videos that explain how to do it do not go in-depth enough for beginners to understand.

To be fair for the videos, the means to do this, if I remember correctly, were possible in Cycles Render.

There are 2 types of art in the 3D Modelling world, Organic Modeling, meaning wathever that is not man made so for example animals, bodys, faces, characters in general. 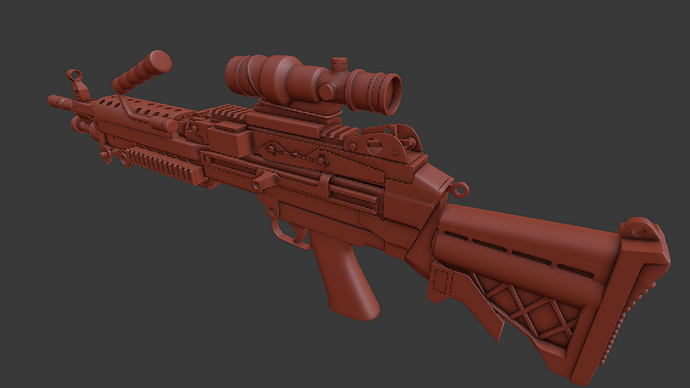 As an starter i would highly suggest to go for Hard Surface modeling!!

Both “Worlds” of modeling require different techniques and use of tools in Blender and or Maya, a common tool in Blender to make hard surface mesh is to Extrude, Rotate or move and select, vertices, edges or Faces.

But lets say that you want to go into Organic modeling, well this kind of modeling is special and its indeed more complex to learn but a lot more fun, is just that with the extruding tools and moving single edges and faces or verticles to make a human body would take ages! so what we usually use is a tool called Sculpting with Dyntropo, This is also really useful for Terrain!

If your choosing the path of Hard Surfacing which in roblox i find its the most useful (Characters would require special features that Studio lacks, like mesh deformation for things like Consistent animation or you might want to decide to make an statue) you should start with a video like this: 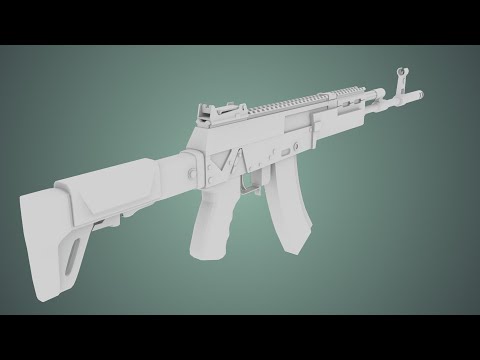 Blender is overwhelming! indeed but once you discover that Roblox environment lack of many features of other Engines so you will get the hand of it with some practice.

If Roblox could actually handle PBR Custom Texturing and Rigs for animations it would be a really long path to learn.

I learned how to set up armatures and IK because with this plugin (Blender rig exporter/animation importer) you can export animations from Blender into Studio, and at the time I learned it, the vanilla Roblox animation plugin lacked IK and Blender is just more useful in general outside of Roblox too.

Wow! This helped a lot thanks!

only compare your work to your previous work - not anyone elses

Although I see what you mean, sometimes it is okay to compare your work to others for learning purposes. I do it all the time on my builds and models, usually you can see how someone else (maybe better/more experienced then you) may do something or detail a certain item, you can take notes and learn a lot from others work. Just don’t let yourself get upset if you see someone with a better model, learn from how they did it and strive to make yours better

I was a beginner and I rushed tutorials. Many of them are either way too indepth and long, tedious, and boring, or they just don’t cover what you want. I suggest doing it yourself. Work a little bit, find a problem, look it up, find an article or wiki page about it if there is a solution, or find your own work-around way to solve it. A big helper on doing this is modifiers. Modifiers and plugins are the saving grace of blender and should not be overlooked. Tutorials can only do so much.

The things you listed are tutorials…

I still skimmed over them to find the key that would get the job done. I would never read the entirety of the article or page. It’s usually a hassle, most of it is useless and I can do the job quicker by just using it. Of course theres different learning styles and maybe reading the full article can help you better understand it, but I just think they’re way to long for the purpose that they serve.